All the Fallen Trees 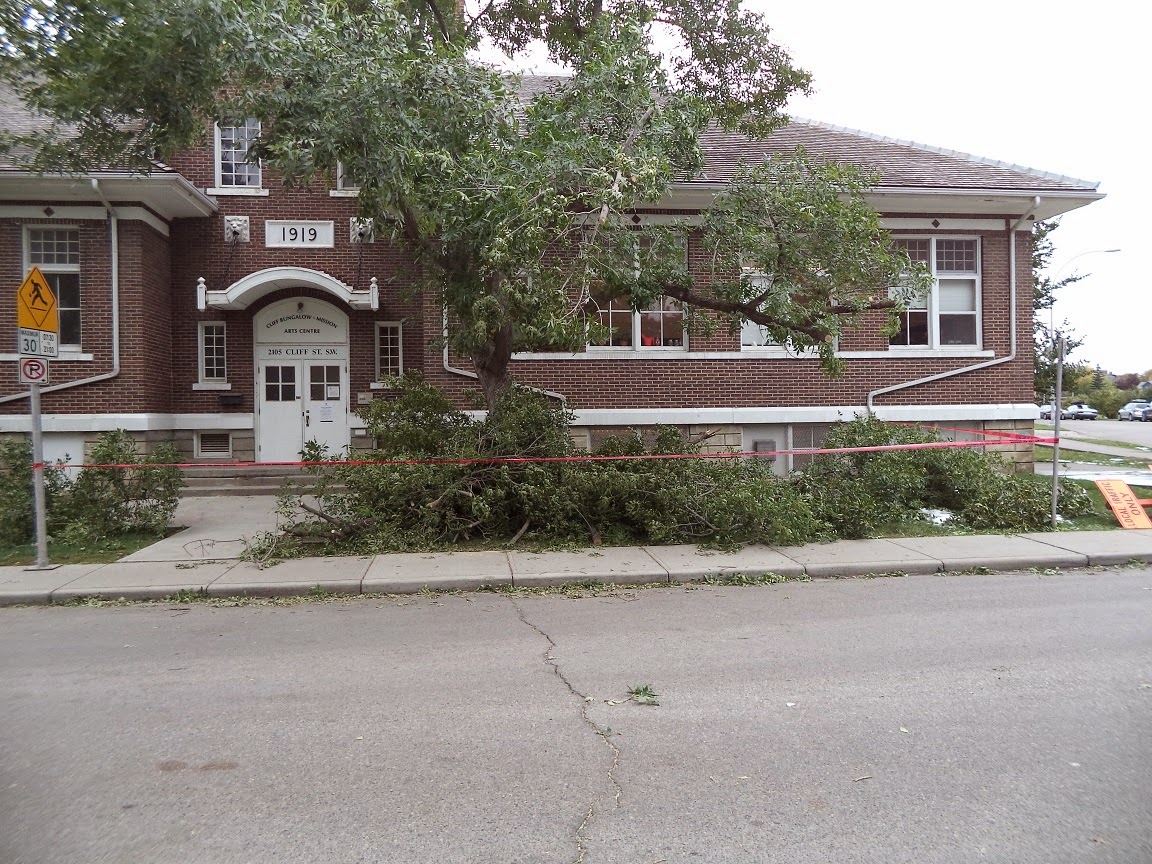 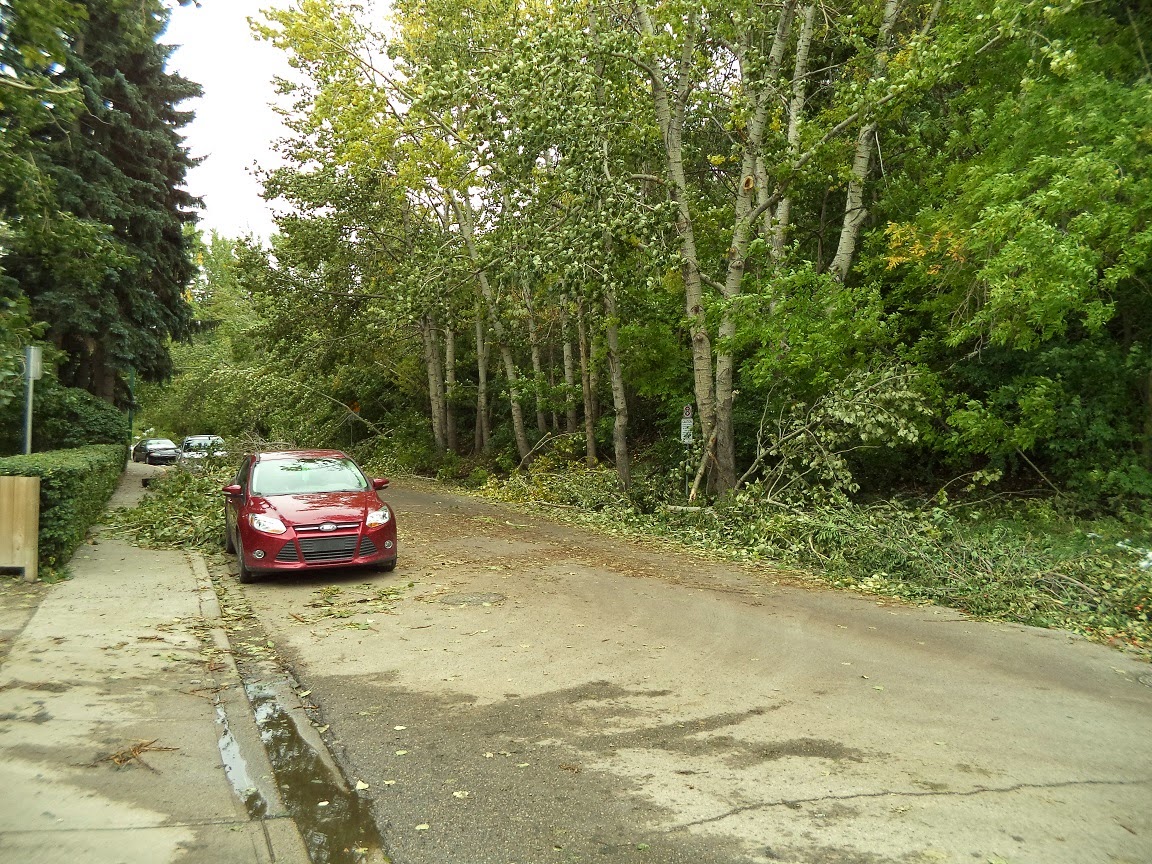 There are lots of tree branches on the streets and sidewalks of Calgary these days. The municipality has asked people not to touch them, well not exactly that just move them away from where they block the roads and has said they would take care of it and in fact they have started. In most of the streets that I have been to, I saw a trucks and workers working on the trunks and branches or the area was taped off for future work.

Bow River Trail was partially covered by branches the day before when I went for jogging but that was not a big deal. It will all cleared up in a week or so.
What is the question here is what caused all these beautiful trees to lose their branches? It certainly was not the strong winds we normally have in Alberta and particularly Calgary and it most definitely was not the weight of the snow, as one oxymoron on radio was stating the other day!
We have a few small vases in our balcony that they are always knocked down if a little strong wind blows. They were solid and standing the entire time, all the days that we had snowfalls and limited visibility.
I'm no biologist expert in planets and vegetation but no snowfall similar that has ever broken that many branches. My assumption is maybe the sudden change in the temperature has caused it but that does not make much sense as well.
I hope one of these bigheads in the university uses his or brain and find the answer to this question.
(Photo: These pictures are taken from Cliff St. SW in Downtown Calgary. Many other roads are similar to this, covered with branches and leaves)
at 14:40
Labels: Weather