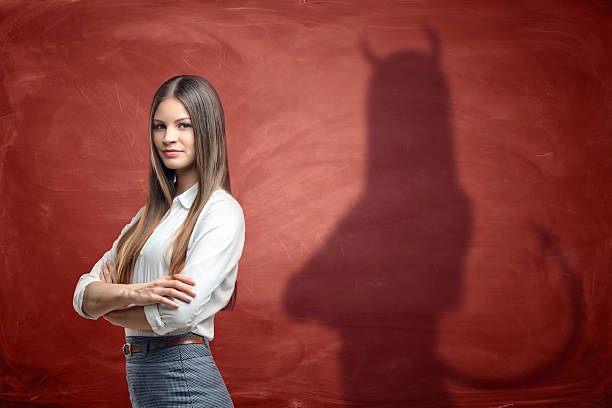 I have already written about my interview at the job that I'm currently holding. A woman was introduced to me in the company's Christmas Party as someone who had been on maternity leave at the time. She later rejoined the company in early year with a good position. She saw me at work and called me by name! I was surprised. I knew she had know interest in me. A mother of three and married with a new born and a good office position who doesn't do anything but answering phones, laughing with other drivers and probably writing a few e-mails! Her job doesn't even require a high school diploma. Everyone could do that. I guess all you need to know is how suck up to the manager or interviewer and there you go: You got the job, particularly if you're a woman!
Don't call me sexist or misogynist or any other shit like that. A company which hires a holder of B. Sc. in Chemistry, if it's valid and legit, and if she was not the bottom of the class, from a Third World Country which has no reputation for intelligence and put her in charge of Operations is nothing but a bunch of fool loser!
The woman has always a smile which I finally realized that is fake! Smiling outside and all the dirt and filth is inside! But everyone eventually shows their real face, if they have two. I started sending e-mails to improve performance, increase quality and decrease cost but she did nothing. She just answered my first e-mail and it was a lie and ignored the second one. That was when I stopped writing to her. She, however, kept a friendly and nice relationship, although I don't work under her management, directly. I realized I had no chance to get to the office. So I said: The hell with them. If I list a number of disgusting things that she has done recently, you would agree with me that it is a nasty, evil woman. Once he bought Durian and kept that in the office for three days to becomes doddered and then took them home to enjoy! The entire place smelled like there was a gas leak and no one dared saying a word! The other time a customer wanted to get into the loading bay to have something he had purchased loaded to his truck while she was parked there. She ignored the fact that the customer was there and didn't move her car! We had to ask the customer to go to another loading bay! It was unbelievable especially because she kept apologizing without moving the car! We all thought she would but sat at the damn desk and gazed at the monitor, pretending that she was working! I think if she had been in the interview, she would have not hired me. It's obvious that she ignored my advises as a specialist because she felt that her position might be in danger. I just try to stay as far as possible from her, now that what kind of witch she is!
(Photo: The office woman is really pretty but similar to this photo she's dark and ugly inside)
at 21:11
Labels: Job, Orientals