Brainless, Indigenous People of Canada (B. I. P. C.) 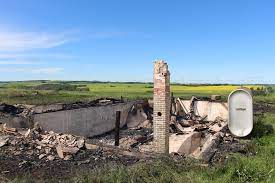 I have no sympathy for the indigenous people of Canada after these so-called graces of children is found. 100 years or something years ago brutal people savagely killed innocent children, who had been separated from their parents and as much wrong and sad this is, it doesn't give the native people to burn churches and say silly things. I, however, am not surprised as I truly believe we cannot expect more from people who never have wanted to grow and live at the time.
They constantly complain that they can no longer live the way their ancestors used to live decades ago! And how that is? This is how: hunting, trapping, doing nothing and just lazing around, fighting each other over land or herd of bison, etc.! Thousands of people come to Canada from every corner of the world and adopt themselves to the modern era, not that everything is right in the today's society, but no one, and I repeat, no one anywhere still wants to live of trapped or hunted animal anywhere in the world!
And now what they have done? They started burning Catholic churches all over the country because, it was the Catholic church that founded Residential Schools in Canada, years ago and they are responsible for these unmarked graves of children. So today's churches, left from those days, should be burnt as a way of protest and disgust! The funny thing is the response from local authorities: They've considered these incidents as " suspicious "!!! Everyone knows that native people have done it and apparently there's not going to be any charges! It's like someone goes to German Embassy in Ottawa and sets the place on fire because Germany invaded the neighbouring countries in 1939! That's how so-called indigenous people are!
(Photo: A destroyed church in Alberta. Destruction is something that the natives are very good at!)
at 14:23
Labels: Governments, Natives