No More Complaints by him 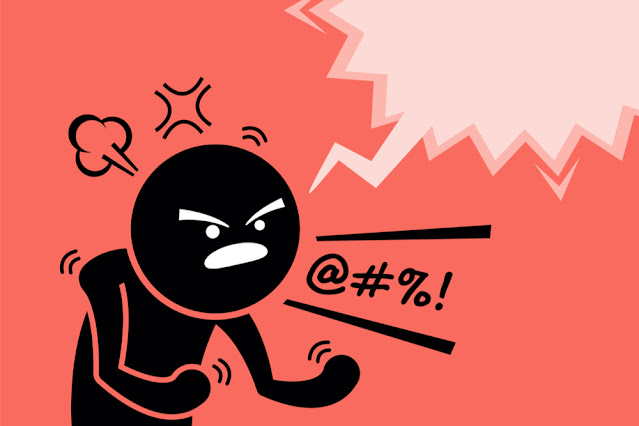 It was a surprise to me what happened at work yesterday. We had this Caucasian employee whom was the only one alongside a newly hired one and always complained about the supervisor and company in general by using profanity and at times racial remarks. He came to me shortly before the end of his shift yesterday and wished me all the best. I asked him where he was going and he said home. I thought he had ended his shift and were going home as usual. Then I thought that the supervisor had asked him on the radio to go to the office shortly before that moment and I saw him holding a big envelope on his hand.
All this together and what another employee told me later came to conclusion that he had been laid off! That's a very bad time for that because there're not many jobs available but he's in his country and will be fine, I guess.
I didn't expect that but I recall that he never stayed overtime, even when it was urgently need and requested by the supervisor. I heard that once myself. He, at times, was unresponsive to requests for help and I even brought that up to the attention of the supervisor, indirectly. He spent a considerable amount of time on things that were not required including writing on a board that no one ever looked at, whatever the information they were! Or talking to other employees. I think the company wanted to send a message to the employees that anyone who f*cks around, would be thrown out. The interesting thing that there are other people who do not have a good attendance but they are still onboard. I think those ones have Covid as the excuse! I once got into a short argument because he was telling me what to do but as soon as I told him that we could have gone to the manager, he backed off. I feel bad that I talked to him in that way, now but he always was nice, friendly and helpful to me. He was kind of stupid though because how could you not know that this type of behaviour at work would result in termination? Besides some of the things he said was really stupid. Here are a few examples:
1- He once said: Don't eat dairy products. Any sort of it. Milk, Cheese, Yogurt, etc. They are all bad. He smokes regularly! So dairy products are harmful to your body but smoking is okay!
2- He once said: Every time we go to California (his father lives there), we save all of the cans and bottles from booze and we sell them at the end of the trip and it makes the cost for our gasoline! The poor ignoramus does not understand that for every beverage that you buy, there is an Environmental fee. So if you buy a jar of milk for $5 then the deposit is $.25 and the environmental levy or whatever the title is $.11! So basically you don't get back what you have paid for!
3- I was talking to one of the female employees, a cute Caucasian lady, about travelling and she said that she had not left Canada, ever. This guy goes: You can go with me to California and stay with us at my father's! Yes! Do you really invite someone like that to your father's house?!
(Photo: Using this cartoon I just want to show how frustrated he was at times)
at 13:26
Labels: Job, Western Culture