Canada's Next Game: Fighting for Gold 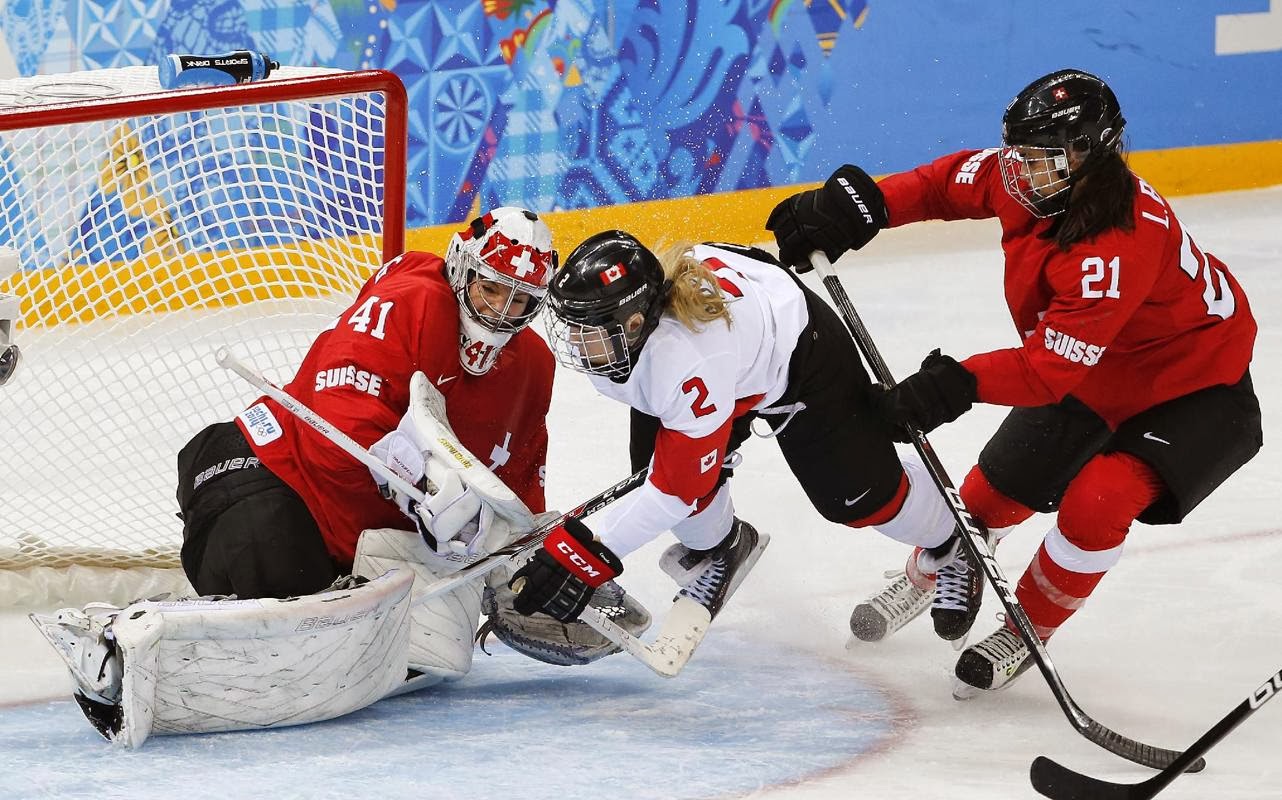 It has been mostly a three days of boring stuff. Rather than once that we went to Olympic Plaza for a little practice and was fun and today that I went for jogging, we didn't do anything special but doing some home chores and me watching some Olympics games.
In the last part I got the chance to watch Canadian women fighting against the Swiss. I started watching in the second intermission when the score was 3-1 for Canada. The game was mainly played in Swiss's half and there was not a minute passing that the Canadians didn't have the puck shot at the Swiss net but they were all stopped by their goalie a all-smiling girl called Schelling.
I guess the most relaxed player in the game was Canada's goalie at the other side. She only received one serious shot against her net which she stopped using her glove.
Canada scored a goal in the last intermission but the referees called it disallowed after reviewing the videos. I guess it was called an interference although it could be seen clearly in the clips that the Canadian attacker had been pushed toward the net by the Swiss defencewoman but the score remained 3-1 to the end and now Canada will face the US for Gold in Thu. at 10:00 AM which I will not get the chance to watch.
(Photo: This picture selected from YAHOO shows a moment before both the Swiss goalie and the Canadian winger go in to the net, of course after the puck. The goal was later cancelled despite all the celebration by the Canadians)
at 20:33
Labels: Hockey