Reunion with The Chef 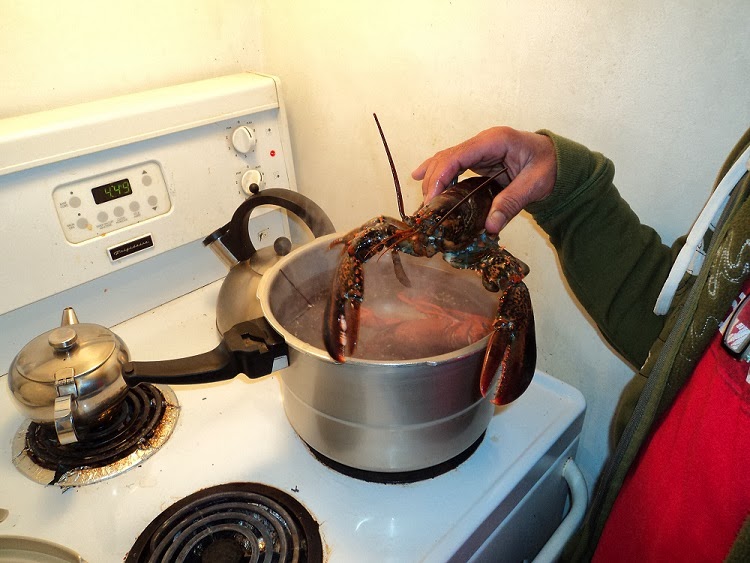 It had been a long time, over 5 months or more, since I had hung out with The Chef. I knew something had went down. I kept calling and there was no answer. I said to me: Either he is in trouble or left the country for the old country, something he has been wanting for a long time, after probably more than 25 years living abroad! Just the weekend before I received a call from him eventually and my second guess was correct: He was in trouble! Apparently he and couple of buddies had been to drinking and on the way back to home after midnight someone caught him on Langevine Bridge and beat the shit of him! The neighbourhood is quite a dangerous place as it's where the rehabilitation center is. One person was stabbed to death last year and I guess he was lucky that he could come alive out of this.
According to him he was so drunk at the time that he could not even see a meter ahead of himself. His buddies had left him, obviously after spending all his money on booze(!) and that was on the bridge where all of a sudden the big beast appeared before him and started beating him with a club or something similar. This was not the first time he had a trouble similar to that but I hope that was the last but seems he never learns the lesson. He has bruises on his head and bellow eyebrow and although he's dark-skinned, you could see them especially the one on the head which is right above the forehead and looks like someone has it him with a Machete or Samurai Sword! I have passed that neighbourhood several times always trying to ignore the poor, ignorant and stupid who hang out there. The people who go there are mostly consist of the Natives, poor Caucasian homeless, African Blacks who found themselves lazy enough to start a new life in the country which gave them the opportunity and of course at times people from other backgrounds! One I and The Chef where going somewhere and this Iranian guy heard us talking and approached with a cigarette in one hand and a can of Pepsi in the other. He said that he had not been able to afford his internet bill and that made him to decide staying in the Rehabilitation Center!! We left him soon with his big dreams and then I know there was another guy, whom I have to say his stories here as well, who stayed in the other center which is a nicer place and is organized like a hotel but of course low quality service. People, according to him, whom I would like to call him Penny-Picker here, share a room. I guess there are four in one room. I will tell his story later but to clarify he works for a major Engineering Contractor, either Worley Parsons or J. V. Driver's, making over, my guess is, $130,000 annually, if not more and has purchased a property just outside Calgary!
Anyways he, The Chef, is fine now and we spent a few hours drinking beer and then dinner at his place the weekend before. That was really pleasant especially for me whom had not had any alcohol since Christmas Party, last year. Then again I went to his place last night and we checked out Superstore and but some seafood to cook. We bought two Lobsters and one giant Crab for almost $57. The Chef cooked them, of course with my help and we had them with beer. It brought back memories of years ago where we first did that. I don't remember how much we spent in 2007 but to me it sounded a big expensive to pay that much on three live sea creatures. The Chef wanted to get more and his idea is that we should just eat them by themselves not anything added such as rice or bread but I lowered the number simply because I thought we would have too much but it was not. Every pound of Lobster is sold for $9.98 while Crab is sold for $11.99. The crab is more delicious and I have said that before and probably that is why it is more expensive. To me, unlike The Chef, the better idea is to take the meat out and make a good sub sandwich out of it but he likes it that way, which is also fine with me. We will probably hang out more as long as other restrictions are lift.
(Photo, top: The Chef is putting the second Lobster in boiling water)
at 17:46
Labels: Food, Friends, Iranians

Hello,
I visited your blog.
Congratulations for your work!! An interesting and nice blog!!
Good luck with your blog!
Greetings from Algarve, Portugal
Paulo Gonçalves

I invite you to visit my blog
http://viajaredescobrir.blogspot.com

I'm glad you like it. I will check your blog as long as it's in a language that I can understand!
Take care.