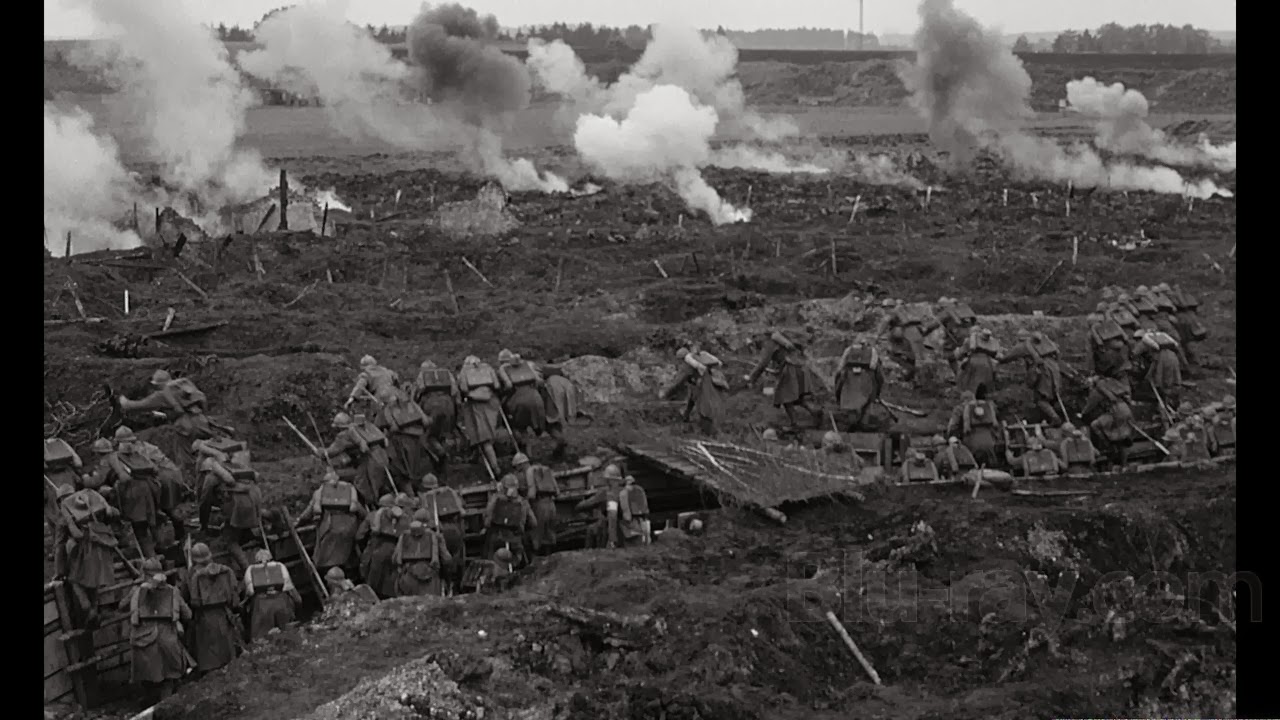 I watched Path of Glory, one of Stanley Kubrick's movies, a few days ago. I had bought the DVD a few weeks before that from HMV. This sort of movies are not very easily found and HMV is the only retailer, as far as I know, who carries them in Canada. This is a coincidence that watching the World War I movie is done 100 years after the beginning of the war. The First World War actually started in Sarajevo the town which as the time was part of Austro-Hungarian Empire and then became part of former Yugoslavia. After Balkan Wars it became the most important city of Bosnia-Herzegovina. An assassination triggered the war, it has been always said and that happened on June.28 which will make the anniversary 5 month from now. I'm not going to say the whole history of the Europe before and after the war here as it is available and people can easily reach, if they want. I would like to talk about the movie only.
I had decided not to write about the movies after just watching them once but couldn't resist again! Path of Glory, first of all, is not a war movie. I mean it just does not narrate a story of a conflict or battle the way movies such as Saving Private Ryan or Platoon do. In fact there is a little part of the movie which consists of a battle and that scene in my opinion has not been filmed and directed well. When you're showing a scene of a battle in which a wave of soldiers are invading to take an enemy position, you cannot just show one side in your shots even if your focus is the effort that one side's soldiers are showing. That's what Kubrick has done in the movie. Is there any particular reason for that? I don't see one. Perhaps if there's any, it could only be found after reading Kubrick's interviews or films critics'. For that reason the battle scenes which actually do not comprise a big part of the movie are not attractive to the audience. I bet Kubrick saved lots of time and money by not portraying German Empire's soldiers in the movie! I read it somewhere after watching the movie that Path of Glory is an anti-war movie! I don't know how they concluded that! Is that what really Kubrick or the author of the book, with the same name, wanted to convey to the audience or reader!? I personally did not see any sign of being anti-war in the movie. This could be anti-anything else rather than anti-war! A country is involved in a war with another one for a reason and unless both are agreed upon the preliminary conditions, they will not go to ceasefire, even if the war is unfair and unjustified. So people should fight, I mean the soldiers and in cases volunteers. Should they be tried and executed by firing squad because they, in the eyes of officers only, show cowardice? No! You could say it's a movie which questions the justice system in France in early 1910s but anti-war? I don't think so. Even if that is the message of the movie, it has not been said clearly, I would say. Maybe the author of Papillion also wanted to say the same thing. Although as popular of Path of Glory, maybe even more but they are completely different movies. There is another twist to the movie: The personal conflict between two members, one who has a higher rank, results in the lower-ranked guy to be killed but no further follow up is seen in the story. One other soldier believes that he witnessed the tragedy but there's no action in the movie from the comrade of the supposedly intentionally killed guy. At the time of execution the guy who is alleged of killing is ordered to command the firing squad. He first refuses but since this is an order from his superior officer, he is not able to refuse.
This movie is considered one of the famous ones stared by Kirk Douglas, who surprisingly is still alive! Good for him. I did not see much of an act by him. Nothing significant. Just normal dialogues and he's not the lead role, at least in my opinion, but he argues with his superior officers and criticizes them. So in a way he is! Overall Path of Glory is another questionable movie of Kubrick and as he says A movie should be interesting, not realistic. So the movie is worth watching and a good one of course.
(Photo: The scene in the movie that the French soldiers start their invasion by leaving their trench)
at 10:09
Labels: History, Movies