A Short Trip to the US (2): Ptarmigan Tunnel 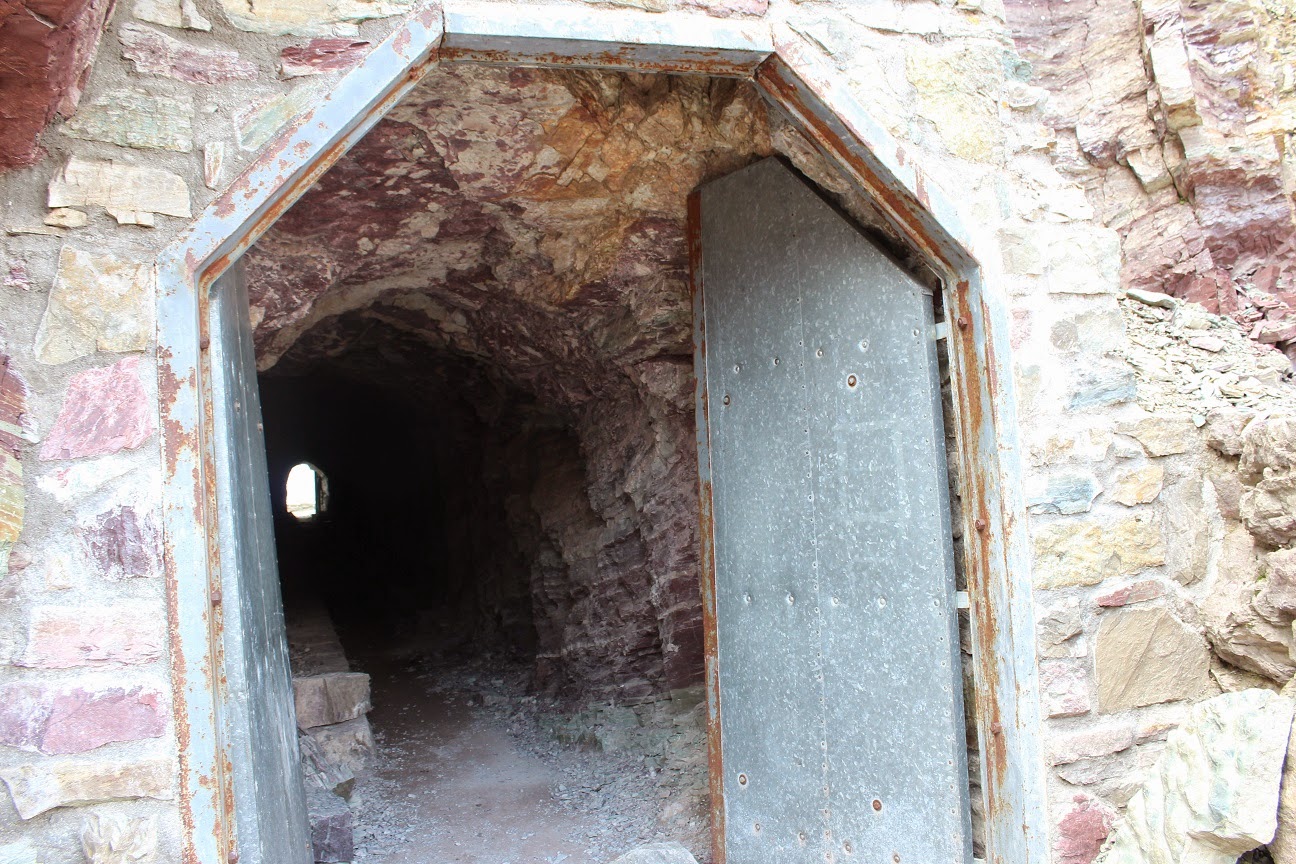 M&M picked us up at the motel and we went to Swiftcurrent Motor Inn where the trail-heads are located after getting a coffee. The mentioned inn was our original place to stay but I had realized that it was all booked. We were there around 08:05 AM so the lot was not fully occupied. We got our gear and hit the trail. The start time was approximately 08:15 AM.
It was a bit hot but not intolerable. The trail has lots of beauty around, from the mountains, to wildlife, vegetation, streams and waterfalls. We even saw a Ptarmigan to confirm that the trail is not named incorrectly(!) and people stopped to take photos. Unfortunately unlike most of the times, I was not in the mood of photography at the moment and that was due to my past experiences with birds which moved fast or fly away as soon as you get an inch to them.
The trail reaches a branch after a while. The right fork is the one you should take to go to Ptarmigan Lake and then the tunnel and it steeps up immediately after you start. We both had Bear Spray. So considering this trail is less crowded than the other one, it has been said that it is a must. The trail here after the intersection is even more beautiful.
All sorts of different wildflower as well as colourfull rocks and other vegetation keep your eyes busy as well as your feet. You reach Ptarmigan Lake soon and then there is a steep Z-like pass similar to Sentinel Pass in Larch Valley, Moraine Lake, Alberta that you have to go up. The only difference between this area and Sentinel Pass is in Alberta you see two tarns and a row of mountains, named Valley of the Ten Peaks, while here in Montana you see Ptarmigan Lake which is a beautiful lake and a range of mountain in the back. We went up the pass with no difficulty and even The Lady was almost fine and only a bit tired and my thought was that we had to climb down the other side, hike for a bit and then reach the tunnel but surprisingly it was there!
The Lady, I guess was the happiest while I was a bit disappointed but we settle down and took a few photos at the south entrance. Then walked through and went to the other side where we saw the amazing Ptarmigan Wall and Elizabeth Lake in the bottom of the valley. There we had a little lunch and got ready after a rest to go back. In my opinion an ideal hike would be going all the way to Elizabeth Lake and have lunch there and then come up and go back to the parking lot. That might add another 3.5 to 4 hours, I'm not sure but that would be a good exercise.
There was something special on the trail that I paid more attention on the way back: Huckleberry. There are bushes or shrubs of Huckleberry all around the trail and I tired a few that was awesome taste. They make jams, syrup and pie out of it in the area and you can find jars and containers in the supermarkets, gift-shops and grocery stores but we didn't buy one due to its price.

We reached the parking in a manner that the entire hike took some 07:00 hours considering all the stops and breaks. We went inside the Swiftcurrent Motor Inn to relax a bit. They have a gift shop kind of store. We got a few things and The Lady tried their Huckleberry Frozen Yogurt and I tasted a bit at the end which was incredible.
After a shower and rest we went to Park Cafe for a light dinner. It is on US 89 just adjacent to Exxon gas station. I ordered a Grilled Cheese Sandwich and The Lady had a Hamburger. While I was happy with my meal she complained about the portion. We then shared a piece of Huckleberry Pie with a scope of Ice Cream on the top which was very good. The meal cost us $35 which was a bit too high but understandable. The place was packed and people were waiting to be seated but we went in because M&M had gotten a table earlier.
(Photo, top: Ptarmigan Tunnel south entrance and the other end)
at 17:15
Labels: Hiking