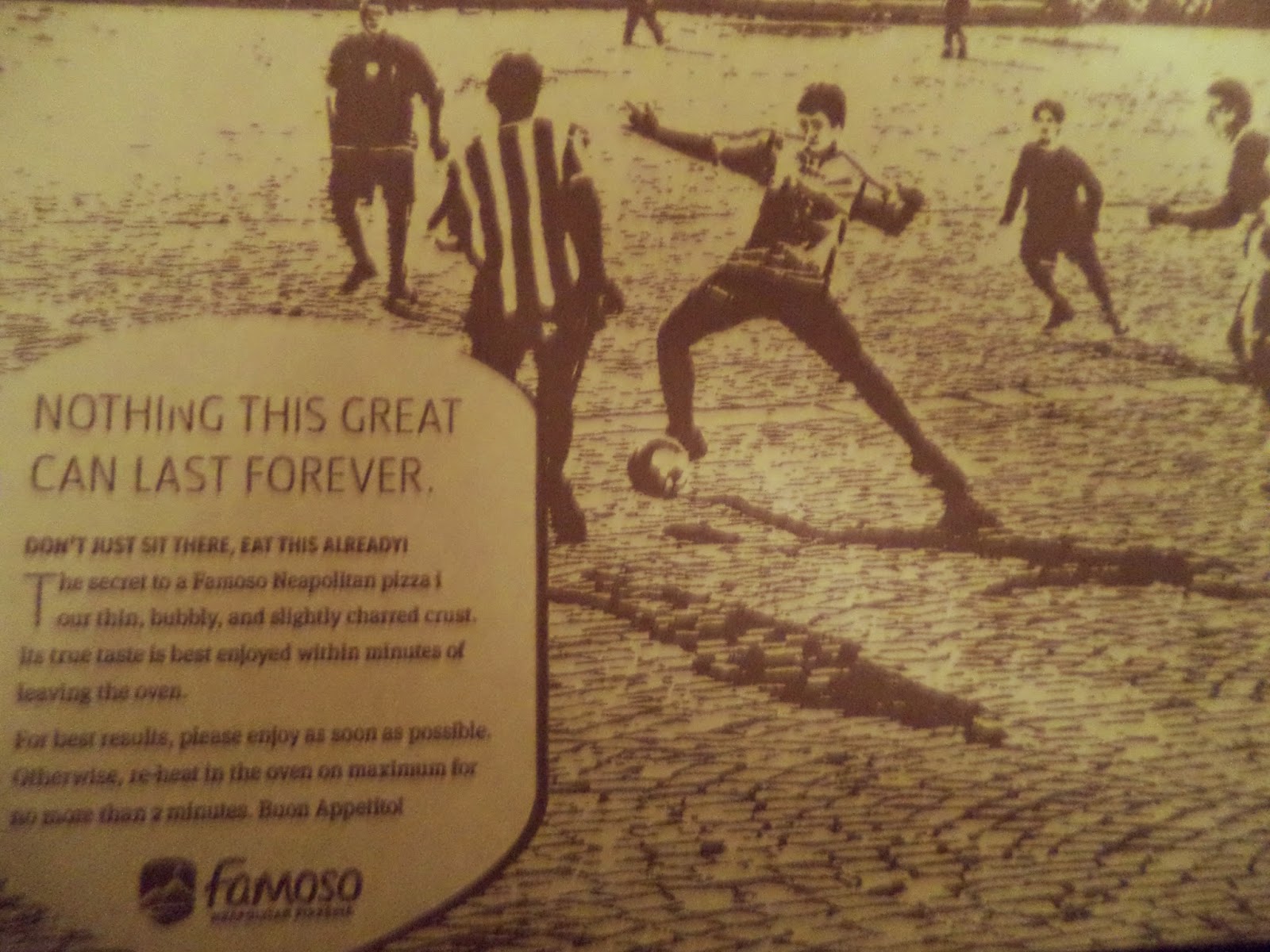 This new restaurant was caught by me a few times that I drove through 4th St. SW, Famoso Pizzeria and we decided to go in a few months back. We stepped in and one of the cooks or chefs greeted us and asked how many we were. I told him I needed to ask something first and he listened. I asked whether they served Whole-Wheat crust pizza and the answer was negative. We said goodbye and stepped out!
Then later on we got a couple of $10 coupons so we said now we could go there because even if we don't like the food, we won't regret we wasted lots!
So we go in and this time it seems different. We don't have to wait to be sited and apparently we go and sit wherever we want which is a bit odd for a restaurant but we don't mind it and then a young lady comes and informs us of the ordering policy which is in the way that we should go to the counter and order there after having a look at the menu, of course. If you're a big group there's a notebook that you can use to write down everyone's order.
With all the Pizza coming out of the oven in the shape of White-Flour crust, I decided to order a salad and desert after that. The Lady ordered a some sort of Pizza and the good thing about the service here is it is fast. We didn't have to wait for a long time. The Pizza looks good but lacks enough topping. I tried a couple of slices and stopped there as I'm not supposed to eat white-floured baked goods. It also does not have much cheese and there's no sauce. The salad is sub-par. The chickpeas are a little underdone and the portion is small. They charge $10 for it. The Lady left two slices and we requested a box. The box came almost at the same time that they served Tiramisu.
The desert is good and they say in their menus that they import it from Italy! I don't know whether I read it incorrectly or they bullshit but they charge $6 for a small piece. I don't recall I had tried this before so I can't say for sure how good the desert is. I only can say it is good.
The bill is not too big considering we both have a $10 coupon. The place was not surprisingly busy considering it was Sun. afternoon. i expected it to be jam packed as people here like Pizza and Bear but a few tables were occupied. Whether we will go back for a Pizza? The answer is no for all of the reasons provided above. Would I go back for a cup of coffee and Tiramisu? Maybe. If they serve coffee and if I can't find the same desert anywhere else.
(Photo: This is the photo on the Pizza box of Famoso)
at 16:56
Labels: Food