Human Being is a Sociable Creature 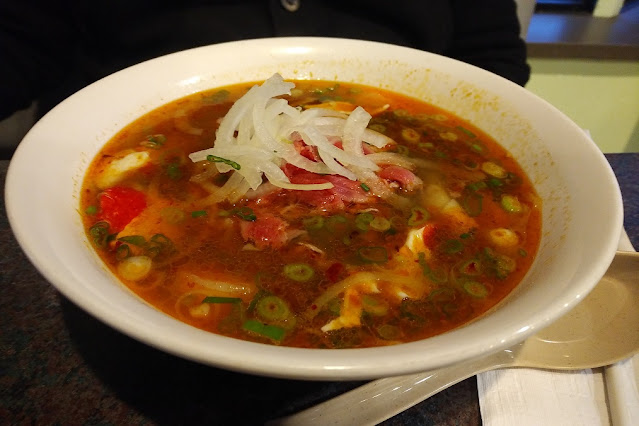 Lazy Ass kept calling me and sending me message for a week, almost 10 days ago. I had not seen him since December and certainly didn't want to see him again as part of my 2021 resolution but then an issue emerged: I will have to request a new passport as I have gone through an official name change and there should be two references in the passport form! I was thinking of The Mumbling Guy and then as much as I hate that cheap bastard(!) I realized there're not many people around who know me for over two years!
So I decided to respond to him and visited him with the hope that he would sign the damn paper for me in a month of so, basically after a few visits. He was in the same damn basement with this difference that he know, if he's not lying, will have to move out in a few weeks! I suggested him to go back to the old house, his dad's place that he was kicked out from last summer but he said he wouldn't. We then went to Denny's on 16th which by the way turned to a disaster for me. The food was okay but the portion, for me was way too small. I paid a little over $13 for a Sizzling Skillet and sat back hungry after 10 minutes while he was, as usual, playing(!) with his food which was Stake!
Since I was hungry, I kept talking about food and he suggested to have Vietnamese Soup. I hate noodles. So I refused but then he, as usual, insisted and we ended up going to a run-down Vietnamese restaurant in northeastern quadrant part of the city, where is a poor neighbourhood and it's not poor in terms of finances but also in terms of understanding and culture! We step in this so-called restaurant, which by the way I would have ever stepped in, if I had been by myself or with my family and you see these old furniture and it's really cold. They have put an electric heater at one corner of the lobby which barely warms up the nearby tables. I guess two out of 8 or so tables were occupied. We sit at a table and a young, presumably Vietnamese approaches with two glasses of water and menus. He had dyed her hair light brown! Here's the thing with these losers: These cheap, lowlife refugees, many of them feel inferior to Caucasians(!) so they think by dying their hair to bright colours they blend in! We have this asshole at work, a guy, who has dyed his hair recently, almost blond! He look so stupid and ridiculous with that big yellow head on his medium size body!
So we're sitting in the cold and filth(!) and a short Vietnamese guy approaches with a crumpled piece of paper and a pen! I order a sub and Lazy Ass orders a sort of soup. The food arrives without much delay. The sub looks okay and the soup is big but he can's handle it because he already has filled himself up with Potato, Stake and Apple Juice! I, in the contrary, finish the damn sub in less than 2 minutes! Almost $7 for the damn sandwich! I could have made at least 3 sandwiches, much tastier than that with $7! He has real difficulties with the soup! He takes a bites of the floating items, sits back, takes a deep breath and then leans forward and gets another bite!
He eventually decides to stop eating the soup after 10 minutes! Half of the bowl is full but I guess it's just the juice! We leave after paying. I guess his soup was about $15 or a little more. Stepping outside, I, personally, don't feel too cold because inside was not much warmer(!) so maybe that's one benefit of keeping your establishment cold during the cold winter of Alberta!
I drop him at his place but before that we go through DQ's drive-thru to get him his dessert! About  5 minutes before that had barely was able to breath as a result of eating too much crap and now he wanted Ice Cream or something! He insists to go in with him and watch a movie but I need to go home. So I make an excuse and got the hell away!
(Photo, top: The Vietnamese soup ordered by Lazy Ass look good)
at 11:54
Labels: Food, Friends, Orientals