A Different Type of Massage 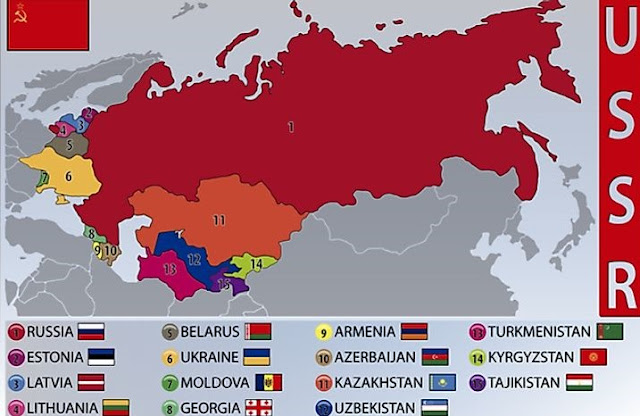 I, at times, go to massage places. I mean real places where you can get healthy massage not the fake ones with sexual purposes. This time I found a place which is only 5 minutes drive from my home. From the get-go I realized the person is from Eastern Block. Yes! It is still considered Eastern Block because those people are different from Western Europeans.
Anyways I reached there with a 5 minutes delay(!) because I, the silly(!), had to go to a bank and get cash. I was not sure if she had a machine. So it was a must to avoid an argument with an Eastern European woman who barely speaks English! It was a very nice and big house. Clean and organized and part of the house was turned to a little clinic with office stuff, bed, equipment, basically whatever you need to run a business. As I had guessed it was a woman from one of the three countries which used to be part of The Soviet Union and they were the first three which became independent. Now I have no idea what the relationship of these countries are with Russia today but I see no benefit for them. I don't think there has ever been any benefit for most of the Soviet Union republic which became independent. Many of them such as Khazakhstan, Belarus, Armenia, Tajikistan and perhaps a few more, have good and strong relationship with Russia. Assholes such as Ukraine are in conflict with Russia! To my surprise the lady talked in favor of Russia.
The lady provided a very strong massage which I did not expect to that level. She even used cupping and the entire hour was productive. We had a little chat and that was the time that I sensed that English is a real challenge for some! I was so beat that I barely could walk! I put my cloths on, paid the lady, got the receipt (for the insurance, hopefully!) and walked to the door. An old man, probably her husband was sitting in the living room and I raised my hand (that's been my way for decades!) as a sign of salute and goodbye(!) at the same time and grabbed a knob which seemed to be the entrance door. Wrong! It was a closet! I was so exhausted that I couldn't even see where I was going and the man, on the coach said nothing! Either because he couldn't see (He was an old man wearing glasses with full head of white hair!) or didn't know how to say that in English! I shut the closet's door and found my way out! If I need to have another massage, which I will, before the end of the year as I still have insurance benefits available to me, I will go there again, unless I found a better place within the same distance or a little longer. Unfortunately I can't reveal the name and address but there're many great massage therapists around the province. You need to do your search and find a good one.
(Photo : The former Soviet Union map and its republics. The three small northwestern republics, numbered 2 to 4 in the map, became independent first and the lady is from one of them)
at 22:41