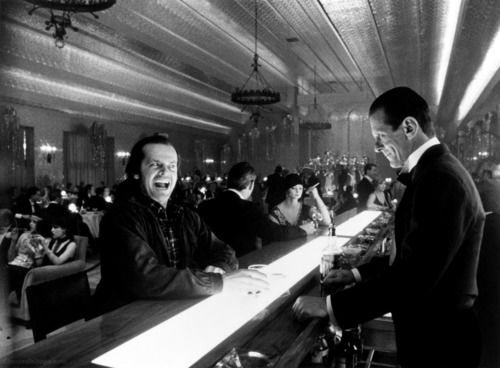 I think there is barely anyone who has as less experience as I have with women! Most of my relationships starts well but either ends without a result after a short term or gets bad and terminates itself! That's why I'm divorced twice and have been without a meaningful relationship for a long time!
I'm not a bar guy and even when I was younger I barely went to bars to pick up girls. A few attempts I had were all failures! I remember this one time that we were in downtown and I was chasing this girl down 17th Ave., SW and she went to this convenient store! I was drunk and can't remember much but I think I was lucky that didn't spend that night in a police station! Now at this age my chances of meeting women, particularly nice ones, is very slim and decreases day by day. I asked the Blue Eyed Lady out but she said ' She would not hang out with the guys from work ". I sent her a birthday card after I left the company, which I don't know if she ever received it but I am planning to go and see her in her office and ask her out again, next month.
Then there's this girl at the new workplace who, I think, works part-time. I would call her " Golden Hair "! She has this long and smooth blond and beautiful hair which looks like cascading melted gold! Her eyes are not as beautiful as The Blue Eyed Lady but she has nice green eyes and incredibly beautiful and sexy body and of course skin. I approached her and told her that she looks like a very famous actress, which she does very much. I'm not going to say who here buy she didn't know her. She looked her up in the net and nodded! I was hoping that was a good start. Not so much! It's not a place that you can easily talk to women but at the same time I didn't get good reactions. Nothing went between us until one morning I offered her a sort of breakfast and she politely refused. I didn't mind that and I, in fact will offer something else later because I have something to talk to her about but this past Mon. when I was going to the office from the site, driving the company's vehicle I saw her on the opposite lane, waving at me!! I was completely confused! How did she recognize me? Why did she wave at me? She could've driven away without even lookin at me and I wouldn't have noticed!
And then this morning when I said good morning on my way to my desk, like every other morning, she looked at me, smiled and said good morning in response! That's why I say women are complicated creatures! Never know what to expect from them! Now I'm looking for the first opportunity to make the next move.
(Photo: Jack Nicholson in a scene of The Shining where Lloyd, the bartender, played by Joe Turkel, who just passed away this June, goes: Women: Can't live with them, Can't live without them! This is part of a conversation between Jack and the bartender who is not exactly known what it is! Is he real, a real human being or is he a ghost? Or everything just happens in Jack's mind. One of the best movies in the history of cinema)
at 21:00
Labels: Western Culture