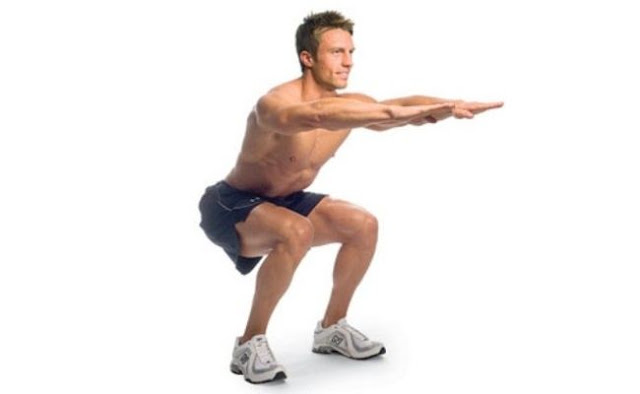 There was a very nice Sergeant in the first platoon that I was part of, in CFLRS. A man from Quebec, like most of the instructors, he was patient with the recruits but tough when he had to. A number of people will recognize me now that I'm telling this story because there was something unique about this gentleman when it came to time keeping.
There were several things that we had to do them in a very limited time during our training (or perhaps it'd be better to say during my failed training!). To name showering and dressing in a very limited time after exercise or as it's called in CFLRS, PT. This Sergeant had a mobile phone which he would set it for a certain time and it would mew(!) when the time was reached. So if we were lined up after PT but there still were recruits who had not lined up and we heard mewing, we knew we would be in trouble! The punishment would normally come in the format of Squat!
This exercise is not too hard to do under normal circumstance but not too easy after PT and a hard week of other physical activities and sleepiness. The thigh muscles would hurt after a few minutes of seconds, depending on the person and recruits start moaning!
We were mostly very sensitive toward this noise and one day one of the recruits, who happened to be a nice Caucasian man, imitated that sound and I attacked him verbally! I told him if he didn't stop, I would do something that he regrets that! The poor guy didn't say anything back and I later apologized to him. He soon left the platoon because he was a Reservist and I think he had been told that there are parts of the course that he didn't have to do. I saw him one last time with another group and that was it.
I saw the Sergeant a few more times, including the night that he escorted me to the hospital in the town. We had a nice chat that night. Then I was transferred to TRP and then the second platoon and then TRP again and finally CAC/PAR. I said Hi to him and had always a pleasant encounter with him like almost all of the instructors and recruits in the school until I left. I wish him and all of the nice people of CFLRS a great life for ever. I'm happy that I'm our because that life style is not simply for me.
(Photo: Squat is frequently used as a form of punishment in CFLRS and this is exactly the recruits are required to perform that except for the fact that they are dressed!)
at 21:17
Labels: Career, Exercise