Not Impressed by Blade Runner: 2049 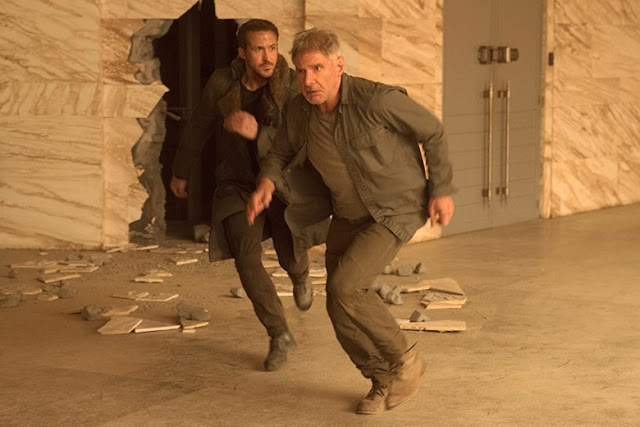 I finally watched Blade Runner: 2049 but it was so late that the 3D version was no longer available. Now that I watched it I believe that I didn't miss anything and my $13.50 was wasted. I'm not impressed at all and I don't think it worth the wait, time and the money.
The sound, either in the theater (Scotiabank Chinook) or the production was in a way that many times I had a hard time understanding the dialogue. The sound of waves, cars and other sounds made it difficult to understand parts of the conversations. Harrison Ford has a short role at the end and I didn't even get much of his character! I guess he had coitus (according to Sheldon in The Big Bang Theory) with the Replica, Rachel who appeared in Blade Runner and the story was to find that child, boy or girl and eliminate that! I still don't know how a human being, Deckard (played by Ford) can have sexual intercourse with an android (or as they call it in Blade Runner movies, Replica) and have a child! Maybe I'm mistaken and I didn't get the story right.

I'm not going to rate the movie (not that anyone cares!) because I didn't get much of the story. I perhaps do that after the DVD comes and watch it again.
(Photo: Ford has a short role in the movie but I guess many decided to watch based on the fact that he would have a major character in the story. He does but his appearance is very short. Gosling, who is originally from Canada has the lead role)
at 17:23
Labels: Movies