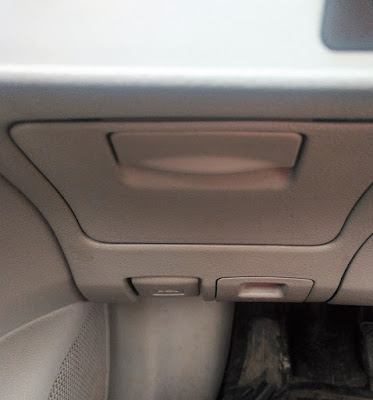 I hopped in the car in the morning, as usual, a few days ago and realized something strange. The little compartment in front of the shifter, which has a lid and could be used to connect GPS or similar devices, was open. Another small compartment on the left side of the steering wheel, which is rarely used, was open as well. I keep a Bible in another small compartment on the right side of the wheel and it was on the floor, on the mat!
What does all that mean? I was sure that I had not left them all open. Did anyone break into the vehicle? I checked almost everything and nothing had been taken. There was a break-in once a few years ago and they took my GPS, flashlight and all of the CDs.
Today I open the glove box and I realized my hair brush was not there! Did the thieve only take the brush! There were not many valuables in the car but the CDs were not touched!
My only explanation to this is that the guy found one of the doors open. He got in and wanted to take things and saw the book. All of a sudden he was overwhelmed with his spiritual and religious belief and decided to leave! At the last moment he thought he should take something and went for the hairbrush! There's absolutely no other alternative to this scenario. What do you think?
(Photo: The little compartment at the left side of the driver that I have not used it even once was open. The bastard also took my box of tissue that I haven't even opened it)
at 21:14
Labels: Religion, Vehicle related