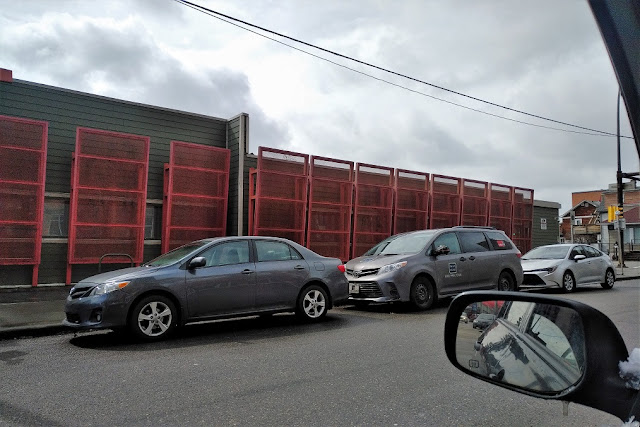 I have written about this issue that Canada has turned itself to a big public toilet of the world by letting every pile of s*it in, unscreened to the country. I took me 5 years to get my immigration visa and here I am with almost nothing after all these years!
People come to the border or go to UNCHR and make up stories to benefit from the country. There are hundreds of thousands of them in Canada involved in all sorts of illegal and legal(!) activities to suck blood out of the society:
1- Human trafficking.
2- Tax evading
3- Cash working
4- Hanging out around Alpha House, D. I. and Mustard Seed
5- Mooching off the Calgary Food Bank
6- Joining or creating extremist groups to harm people and the country. Example: The 2006 Toronto terrorist plot.
With that in mind, I came across this big African guy just a few days after I started this new job who asked about my faith. These human-like animals don't understand that religion and belief is something personal and they have no right to ask that, especially in the first meeting. I deterred(!) him somehow and bumped to him the bathroom again a few days after that. He goes: Hi. I go: What do you want?! I just wanted to get him off my back. He goes: What do I want?! And I leave!
Sop for about 5 months we had barely any contact until a few days ago when I was helping a customer. One of the foremen asked him to help me to expedite customer's order. He didn't move! I finished the first batch and went to get the second one. He was sitting there pretending that he was doing some paperwork. The foreman asked him two more times and eventually he came to help with the second batch. He probably helped with 5 out of the 31 that was in there!
I got really pissed off and I thought I should so something to this piece of sh*t who didn't even have a meal a day before imposing himself on Canadian society and now instead of being appreciative, he acts like he's a big guy!
I went to the foreman and I said that the guy basically didn't help. He said that he knew that the guy was lazy. I said knowing didn't help. He should do something about it and added that I would talk to the management. Then I saw him approaching us, not that he wanted to join the conversation or anything. I waited until he got close enough and then in front of everyone pointed at him and said: You are a lazy person! And kept going with stuff like that until when the managers were out, the way she heard, he said: That is not my job to help you! I turned to the lady and asked: Did you hear it. The supervisor and the QC guy were out as well and they directed us to the meeting room.
Now I'm happy and relaxed because I have enough witnesses, two of them amongst the management team, who heard him saying that nonsense out load! I told my side of the story while they were listening and then when I and the lady were talking he tried to jump in but shut by both them. He said he wanted to " Keep his distance "! but that was too late! He had said what he should not have and the lady here says that she was offended by what he had said and added that if he thinks that he cannot work the way the company expects from him, he should think of another place. The supervisor also said that he had told him during the interview that employees of different departments might be asked to help others with their job. Here I was just sitting and listening and then I was asked to leave! I happily left because I had all of the winning cards in my hand and he was getting sh*t by everyone!
I saw him once later that day when I was leaving. He was entering the room I was in and left as soon as saw me! Lazy, liar!
I have nothing against African or any other hard-working individual who is honest and tries to make a living but I have more respect for sewer rats and cockroaches than a lying, lazy rude creature. He was all.
(Photo: Alpha House near Downtown Calgary. I hesitated to get out of the car to take the picture! You never know what might happen near this scary place that its walls are protected by thick metal fence! You are not allowed in unless you're so drunk that barely able to stand on your feet according to The Chef! The Van belongs to the place)
at 21:09
Labels: Before Immigration, Job