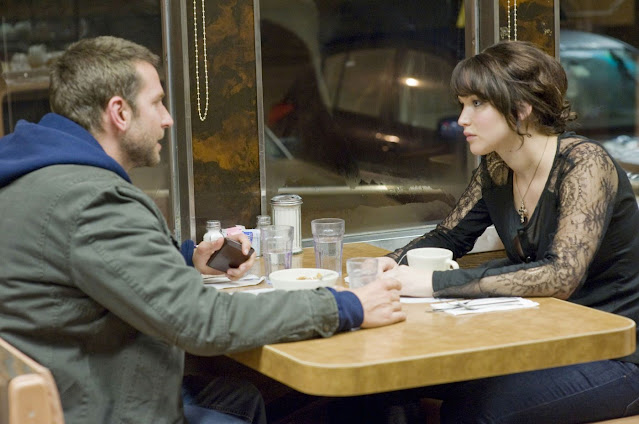 I and Lazy Ass had a long discussion over the movie that we were going to watch through his streaming system, Netflix. He was going to play another garbage like the one we watched the last time, Centigrade, but eventually we agreed to watch Silver Lining Playbook and I'm glad we did. It's a great movie. I had heard about it but I had not had the chance to watch it until then. It's one of those movie that not only the story is good and takes you along but the acting is perfect and helps you to enjoy the movie much more.
No wonder the lead actress J. Lawrence won an Oscar in 2013 for playing Tiffany. B. Copper's performance is great as well and so is De Niro's. It's also quite a new story. That's what makes the movie attractive to watch and follow. I think there was a nomination for the screenplay. I won't spoil it for the ones who haven't watched it but it's a 4 out of 5 movie.
(Photo: Cooper and Lawrence in a scene of the movie in a diner)
at 17:10
Labels: Movies, Western Culture