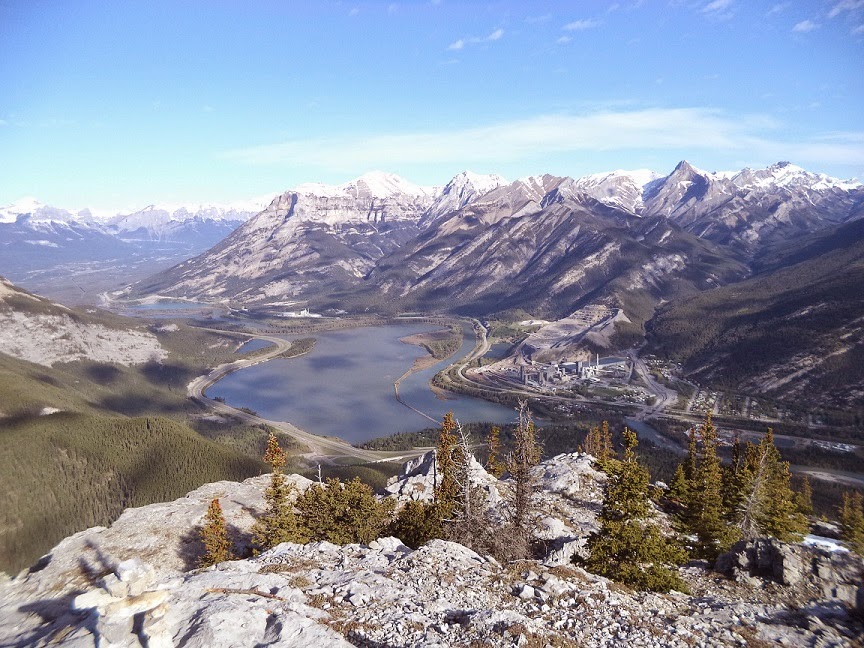 I woke up at 05:00 AM this morning as I had set the watch alarm last night. I really didn't feel like going but then I thought if I do not, I will regret that later. So I grabbed my stuff and sneaked out as I didn't want to wake The Lady. I got out and that was when I realized I had forgotten the damn sunglasses but i could not go back for obvious reasons!
Anyways my destination today was Heart Mountain where I had two failed attempts earlier due to the weather condition (Look here and here if you think that might help you to have a better hike). I was in the parking lot early and of course the first one. By almost 06:28 AM I had already started walking. It was a bit chilly in the beginning and I was trying to remember the previous hikes by looking for the signs but the last two time I was here everything was white and now green!
I passed the two spots that I had reached in the previous two failed attempted and the path got really strenuous and that was when I thought hiking this mountain in winter, especially the last winter is stupid and very dangerous particularly if it is a solo hike and that was what I had done!
No one was ahead of me but the footprints and other signs made it very easy to just follow the trail. I was up at the end where there was a small cairn had been built at about 08:20 AM. The view to the north where you can see Bow Valley and everything is amazing but the south side of the mountain leads to a path which goes down and then ends up about 500 m. away from where I was at but I didn't take that. I spent around 15 min. to discover everything, rest a bit and take a few photos and then headed down.
I started seeing people coming up after a few minutes. By the time I was back to the parking lot around 10:10 AM. it was already full and there are many EARLY BIRDS who wanted to use the best of this beautiful Alberta day and hike Heart Mountain or maybe take the creek.
Overall it was a good hike and I enjoyed that but it also made me very tired. It is either because I'm getting old or maybe lack of enough hikes is the cause of it. This actually was the first descent in 2014 which I could go all the way up and finish it. My knees are hurting a lot now, when I try to stand up and also when I was descending. I'm hoping it goes away by resting.
(Photo: View from the top of Heart Mountain which looks at Lac Des Arcs and town of Canmore in the back. Compare it to the last hike's photo. It shows the elevation difference)