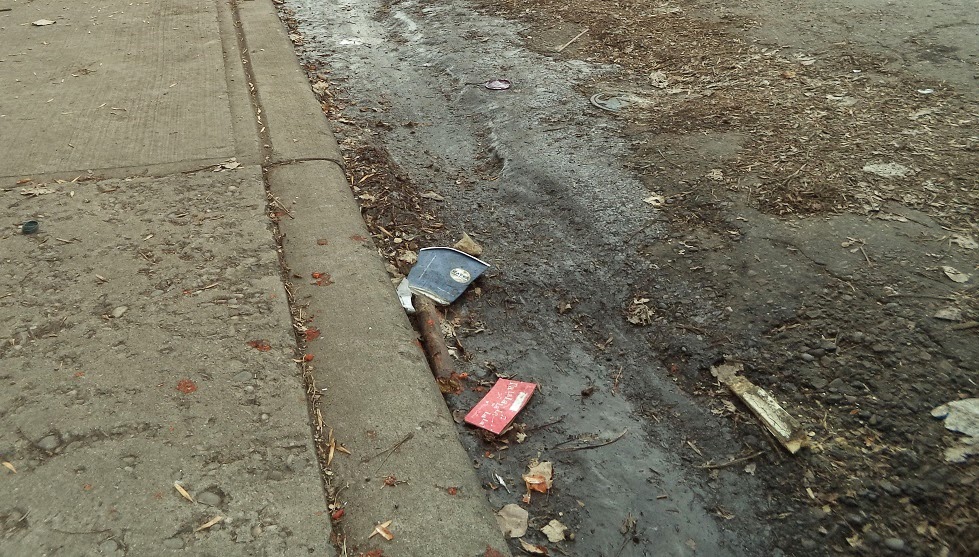 Many years ago I started this book called Roots by Alex Haley, a story of slavery in the US. It's a wonderful book although the late Haley used his imagination in many parts to strengthen the story and of course like many African-Americans he intended to show how great they all are! That's another topic which I may cover later and it's something within most people when they come to North America. As soon as you talk to them they tell you how wonderful their life was, how great their country is and how tasteful and healthy their food is. I wonder why they come to this part of the word, if they had such a wonderful life! Again that's another topic which will be covered later.
There was a preface to the story by the translator, of course, as I read it in Persian, and he pointed at racism, poverty, filth and other problems in the US. I paid not much attention to that part because I was interested in the story. Furthermore I considered that part of the book as another propaganda by the Islamic Republic. Today after years of living in Canada, which is a different society from the US but might be similar in some ways, I understand what that translator wanted to convey.
I have to admit that I was quite shocked by the number of homeless, drunkard, low-life foreigners (Orientals, Africans, Latinos, East Indians) that I saw first when I came to Canada but then I shortly remembered this fact that no rich can live without a poor. If there had been no Orientals in Canada, no fast food restaurant could have been operational. If here had not been any Latino and East Indian the food industry, most sections of it, would have been stopped! I don't particularly know what Africans are good for in this society which is way different from the US but obviously they are part of it! The other thing came to me as a shock was the amount of garbage and filth everywhere. The dirtiness still bothers me these days. You see pictures of high-rises shining at night, big malls sparkling in cities with sales associates with warm smiles but behind all these deceiving beauty there are hidden saddening stuff which most of the time beats that beauty. Cities in Canada, as far as I have seen, have limited actions, and budget probably, for cleaning of the neighbourhoods. dump trucks come, I don't know in what fashion in week and take the stuff and that's it. The bylaw for littering, similar to most of the other laws is not enforced and you would be disgusted if you had a walk in the most neighbourhoods of the city, in Calgary for example, most likely Downtown, Northeastern communities and also a few in southeast. For a city which spends millions of dollar on a hideous bridge over Bow River, Peace Bridge it is a shame. They could have used that big chunk of money on sanitary and cleaning of the city so it wouldn't look similar to Mogadishu, Lahore or Bangalore!
(Photo: Paper cups, cigarette and gum boxes and cover and chocolate wraps are mixed with sand that municipality discharges on the road and make displeasing scenes in the city)
at 08:33
Labels: Before Immigration, Books, Western Culture