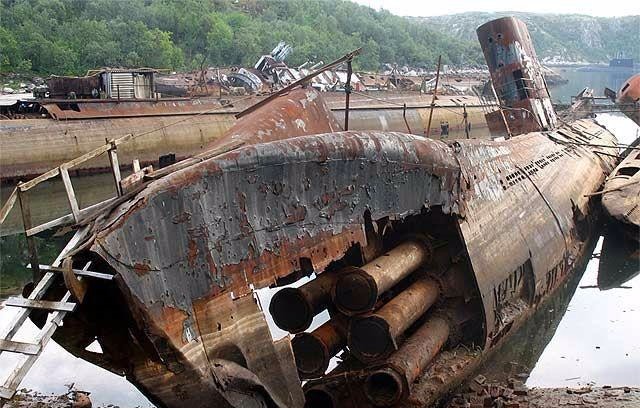 The majority of recruits in CFLRS are of course Caucasian but here and there you can see people of other origins who mostly are born here or were brought to the country by their parents when there were a little child. I was probably the only one, in the entire school, who didn't fall under the two above categories. Chinese are the second most populated recruits and after them comes other race. I encountered 4 Russians during the entire time I was there: Two males and two females. One of the males was a Master Corporal and was a nice guy. I had a chat with him once. I don't need to mention where or when because I want his identity to be hidden as well as mine.
The other one was a nice and quite guy in our platoon. The females were both ugly, rude, aggressive and pretentious. I had a few encounters with the older one and she showed the real face of Russians as they mostly, and I insist mostly, are repulsive assholes! I mean that's in their nature, I guess! I remember a review written by a family who had visited Saint Petersburg. She wrote that she does not remember even one store they went in and the shopkeepers smiled at them! I know it's in the Western culture to be nice and smile at others, mostly if you're in customer service business. So I'm not surprised that they didn't see that. It's not in many cultures and Russians generally are hostile to non-Russians! They are even more racist than many Europeans!
With that in mind, I met that old fat, ugly piece of shit (she deserves all) Russian on a meal table with others. I told her that I was interested in visiting Russia, particularly its Far East region and to be specific Vladivostok. This truly has been on my mind for years. My plan is to go to the US, then Japan and then Russia in eats and fly back to Canada via Europe. This is probably a two months, or a little less, plan which I intend to execute and just by myself, in case no one accompanies me. She expressed her surprise by indicating that there is nothing to see there! She added that she was from somewhere in that area a little further north in Siberia. She also indicated that his son was in the Navy (not the Russian Navy of course) as an NCM and she intends to do the same thing.
This passed and one day I sat at the same table that she had already sat and was waiting for others to join. She grabbed her tray and displaced as soon as I sat at the table! This, I know that Russians don't like the people from south. During the USSR era, the Russians always looked down on the people of southern republics such as Tajikistan, Uzbekistan, etc. and of course the other neighbours such as Iran and Afghanistan. That what is indicated in No one Ages in Magadan although in another book by Dr. Nodooshan, who visited the USSR when it was a superpower, he shows his jealousy toward Afghan students who are seen off, at the airport, by their blond, pretty Russian girlfriends! Another side of racism which I pointed at in a previous post! Also all of the Afghans I've met here in Canada who have come from the USSR, they either were married to Russian girls or had Russian girlfriends! So I think the situation changed mostly after the collapse of the USSR.
Anyways this passed and on day she was at the same table that I had sat with some other fellas and she turned to me and asked a silly question. I said: Could we discuss that after we're done with the meal?! She agreed and shut up! I finished my meal and left after saying goodbye to the others without even looking at the nasty animal! I still don't think I had gotten her as hard as I wanted to but it was better than nothing.
The other Russian repulsive ass was a young girl originally from Saint Petersburg who had a man-like voice. She was an ugly (both outside and inside) piece of crap, like most of Russians and the fact that she is born in that city had made her think that she was special!
Now all of those miserable days of CFLRS are over and I'm trying to only remember the good parts, which were only a few but at the same time I want to document, for myself, what kind of disgusting human-like desperate assholes I had to deal with! I'm happy that I'm not part of CAF anymore and there's no chance in hell I go back. I'd rather to be a labourer with a low income and free rather than being a CAF member with all the restrictions and obligations they would impose to me. I believe having a low-paid job and working with nice, decent and polite people is much better than being in a prison with all sorts of asshole simply because I'm supposed to receive a decent PENSION after I retired!
Going back to the subject Russia has always been my favorite destination to visit, even way before the collapse, but with all the growing concern towards terrorism, I probably have to reconsider my trip and take extra precautionary measures as someone who's not Caucasian!
(Photo: Port of Vladivostok, the most eastern Russian major city is the home to the Pacific Russian Fleet. In the meantime its a graveyard for the USSR submarines. There's also a submarine museum, that I intend to visit among the other possible places)
at 17:28
Labels: Career, Western Culture