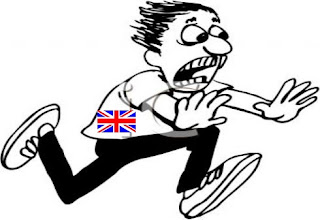 I finally decided to catch a movie last week. I usually prefer weekdays because the movie theatres are not very busy. This time I guess there was another reason why the theatre was not packed. Perhaps four reasons:
1. Enough number of weeks had passed since the movie, Dunkirk, was first appeared in theatres.
2. The movie was not such a big deal, despite the actors and director who are all considered superb.
3. It was not a superhero movie! Yes! People in North America, mostly the US, of course, are obsessed with stupid superhero movies and never get tired of them! There's already 682 Spider-Man movies and a few more are coming! Superman fought all criminals and now is facing Batman! They are everywhere and fighting everyone they can and when there's no villain, they fight each other! They even created Antman and the stupid Justice League and Galaxy!
4. There's no girl in the movies and there's no sex scene! Oh! So bad! I'm not gonna waste my hard-earning dollars on this movie! " One would have said "
Dunkirk is where the British's ass was kicked really badly and now Nolan tried to give the escape (or flee) of the British, an honourable vision but he fails! Despite from a few exciting scenes, the movie has got nothing! It's a disappointment.
My guess is this British guy, Nolan, has been trying to sell himself as new Kubrick by making films in different genres but he's nowhere close to Kubrick!

The movie has a slow start and then when it begins all you see is long shots of supposedly French beach where soldiers are awaiting withdrawal. I had difficulty understanding most of the dialogues, partially due to the British accent and somehow because I think the movie theatre's sound system had issues. However I have to add that there's not much conversation in the movie. I started looking at my watch just after 45 min. to the film and I have to admit that I tried really hard not to do that it!
I would give 3 out of 5 stars to this movie but as I've indicated previously it's not a film that I would watch again or buy its DVD. Not recommended at all!
(Photo: For this post the best picture that can depict this movie is what you see above! The movie is all about British and other Allies forces running away from France and not surprisingly has nothing much to offer. Not recommended unless you want to waste your money and time!)
at 08:57
Labels: History, Movies