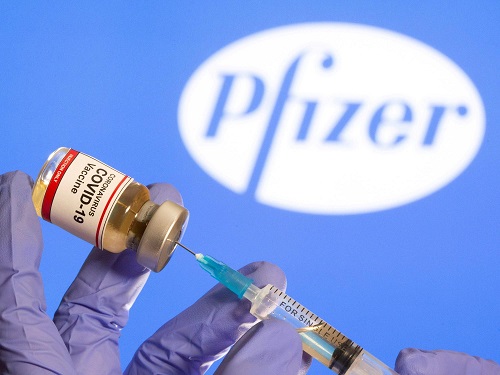 While there's so much tension in Ottawa over the vaccination mandate and the Alberta-Montana border is, if I'm not wrong, blocked by the trucker protestors, particularly at the Coutts Port of Entry, I decided to get my third dose of vaccine! I'm thinking of having one or two trips out of the country this year and despite the fact that the situation is not so good, I keep the positive attitude and hope for the best.
I went to my local pharmacy a couple of weeks ago and I was told that I should have gotten the same brand of vaccine as the third dose similar to what I had for the second one. At the time they only had Moderna. So when I went this week, I was told that Pfizer was available and I got it. I got the paper too, in case the authorities at any border want to see that. There hasn't been any side affect so far but a little pain on the shoulder when it was administrated.
(Photo: Many talk about the negative side affects of vaccination. There might be. I don't know but at the moment my decision is to get vaccinated in case I need to get the hell out of the country. The interesting thing is that my cousin who is a physician and live in California now [we haven't talked since 2006!] told my aunt, her Mom, nearly 8 months ago that a third shot would be needed. He was right!)
at 17:31