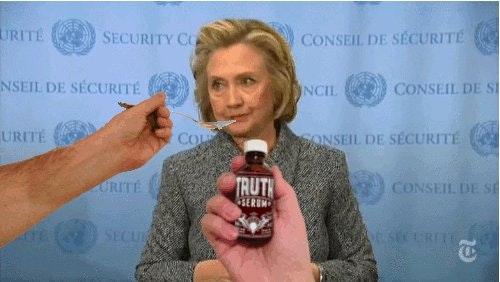 There was this girl that once we had a short conversation with and then we kept that a few more times when we were in the same platoon. She was not so good looking but we have a proverb which goes: Even an old shoe is a property when you find it in desert! So I decided to go with it and even invited her to a coffee outside. I didn't happened but because of her strange accent (she was not Caucasian) I asked her once if she spoke any other language. She replied by saying that she did not. I grew up in Canada, she added. Although it was a bullshit answer, I let it go because you could grew up in Canada and speak any other language rather than English.
A few days later I saw her with a bag with Hebrew writing on it! Of course it meant she was Jewish and then it was then I realized that she was a stinking piece of shit, disgusting lair! I asked her if she speaks Hebrew and she admitted that. We exchanged a few e-mails mostly in regard to material she wanted and never received(!) because I had no intention to have the smallest relationship with such a freaking, disgusting lair! I even called her once and left her a message as she didn't pick up and stated that she was busy. She also indicated a few times that a friend had come and picked her up and they went for a weekend time-spending. I assume that was her service provider(!) and she was looking for a better option at the time specially when I told her that I would be going to Halifax because she said that she would be going there too and that was when she gave me her e-mail address and telephone number because she said she wanted to have the same discussions with me (We had short political discussions a few times).
Time passed and I didn't see her until one day I was having supper with a few and she came and sat at the table on the only empty seat, next to me. I paid no attention and then I realized that she was talking to someone in French! This was another proof that she was a nasty lair but I didn't say a word. Then after a few minutes she turned to me and said something about going to platoon or similar which was totally untrue (and is unrelated here) and I response said: No! You're delusional. It was not that! She shut the fucked up and said nothing! Perhaps didn't even hear me!
Then the next morning she was sitting by herself, as she did mostly and I guess that is because almost everyone knew how disgusting she was(!), I saw her and passed by and sat at another table in a way that that she saw me. I even deleted her e-mail address and telephone number from my telephone address book. Simply disgusting!
(Photo: Hillary Clinton, wife of the former president, Bill Clinton, who also was a disgusting and awful lair, was accused of lying during the last presidential campaign against, mainly Trump, here is shown in a funny picture being fed a medicine of truth! Something which probably should be done to that ugly awful girl, although I doubt it works on her!)
at 20:31