Where is Racism the Worst? 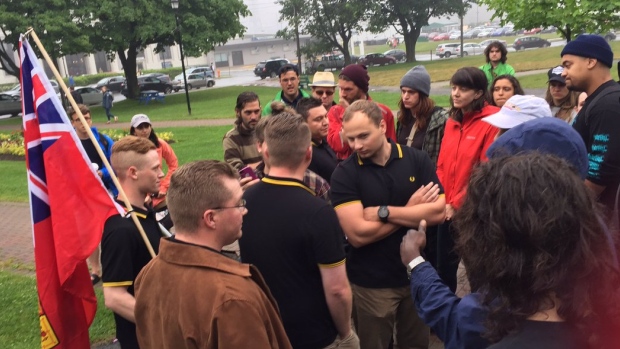 A bunch of disgusting assholes broke into Indigenous people's peaceful campaign in last Canada Day in Halifax. Soon it appeared that they were CAF members, to be specific Navy guys! I was not surprised, to be honest. CAF members, not all of them of course, have racism issues. This problem actually exists all around the country but has more intensity within environments which Canadians think that solely belongs to them. Perhaps they are right!
NHL is majority Caucasian. A number of Blacks. One person plays for The Maple Leafs with his roots in Lebanon. They call him a joke! CAF itself is majority Caucasian. Chinese sit in the second. Filipino is next and at a few Blacks. Almost anyone else, they would have issue with!
I don't know these guys wanted but it's said that they would be disciplined. The problem is everyone forgets about that in a week and two! No one really knows if they are punished or not! The interesting thing in this incident was the Minister of Defense's reaction. He obviously condemn the act but I'm not sure if anyone has talked about the disgusting behaviour of Sikhs in Surrey or not!


Does racism has deeper roots in West or it has in East. A map I have here indicates that people from where Mr. Sajjan comes have the least tolerance for people of other races! This I truly have experienced in Canada! I've seen with Chinese, Iranians and Russians as well. The latter is probably the worst although I've not experienced anything but I've read about people of Asian and African origin who have been killed by Russians in that country while there as students or workers. Tell me about your experiences.
(Photo: Navy guys in Halifax, NS are shown here confronting Native people who had a spiritual dance session or something similar to that. It's interesting that asshole's face reveal them easily and quickly! Look at the guy whose hands are crossed!)
at 19:14
Labels: Western Culture