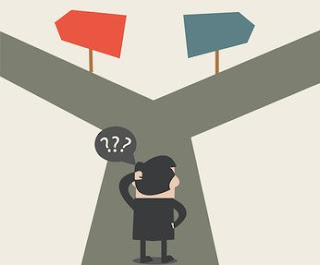 The Chef's situation has gone from bad to worse now. He used to get a cheque form his insurance company which covered I think between 60% to 80% of his wage but nothing has come in the past 3 weeks or so. I tried to call his file manager as he doesn't speck English well but all I got was voice mail. He then has this thought that perhaps he should forget about his surgery. He was saying that he would not be able to have surgery because the time after the surgery requires money to recover particularly for him who has no one here. In the meantime he cannot go back to work because the employer requires physician's letter indicating he fits the work and he doesn't have that. I suggested him to do some cash job, like many Africans, Punjabi and other refugees do but he denied. I liked that part because if it's found out, he would be in trouble. His situation is very bad. Eventually he decided to borrow money from a fella that I know him as well. He's not a bad guy. We know him as The Four-Houses/Checks(!) but the guy told The Chef to meet him at his workplace and as usual he didn't know how to get there. So I drove him in his car! The guy, generously lent him $400. Then there was CT Scan appointment for him, and this I'm going to tell, arranged in Foothills Medical Center and he didn't

know how to get there. Imagine someone who have been living in a city for over 15 years and still doesn't know how to get from one side to the other side! He owns an old GPS and has GPS in his phone too! Another problem was that he was needed to have someone with him as accompany and he didn't have anyone available! I went to that place with him once but I was working when he had to do the CT Scan. So we made a list of the people he knows and socializes (or used to socialized) with to see who is available to accompany and also lend money:

1- Bijan. A Punjabi fraudulent guy who lives in the same building as The Chef lives but barely speaks English. This guys situation is not clear to me! I met him only once when I went to pick The Chef up a few months ago and he was seeking an LMIA at the time! This is a long story that should probably be told separately. It's the nickname I have selected for him by the way, the same name as the famous Iranian-American fashion designer who died in 2011! Imagine how big of a help he could be! His real name has some resemblance. That is why!

2- The Fisher. This guy used to work for a Lebanese restaurant and according to The Chef the restaurant was closed down and he lost his job. He is either high or drunk! He eventually was kicked out of home by his wife, I heard, and now lives in a vehicle or an old motor-home. He used to hang out with The Chef just to borrow money for Marijuana or simply eat and drink freely! He is a close friend of Hojam who by the way left Canada  few years but attempting to come back to The Chef. I met this fucking asshole once and that's a separate story. He offered me a job on those days! I was smart enough not to go down the well using his rope, if you know what I mean by that!

3- Abdul-Yahya. A homeless Afghan refugee who lived in the former Soviet Union for years. There are many Afghan refugees in Canada but they are from two groups, regardless of their faith. The ones who came from the former Soviet Union, a few years after Russia dumped the small colonies of it! The second group who have come from the neighbouring countries of Afghanistan. He had a decent life the first few years he lived in Canada and then turned to a hobo possibly due to heavy drinking. The Chef says that he got caught by cops once he was driving drunk and that was it! I don't know. He eventually was given a place to live after years of sleeping in DI, Alpha House and probably occasionally, on a park bench! I visited him once in his place because I and The Chef was helping him. It was a dump! In fact the asshole turned the apartment to a toilet!


4- Abu-Bakar. A Kurdish refugee who had a very beautiful fight with The Chef last year and I believe he was beaten. This asshole, like most of the assholes that The Chef associates with, is a drunkard and a gambler.

5- The Spring Maker. A nicotine addict who had the same problem as The Chef's a couple of years ago because of smoking too much and has survived so far. The Chef admires him a lot. He used to work 2 8-hour shifts for years(!) and when I'm saying that I really mean that. Working 8 hours the first job and then going to the next job and working the second 8 hours! There are many people in Canada who has never had anything in their lives and now being given the opportunity to be a good slave for their slave master, they try to use each and every of them! This asshole also has a story which should probably be told here!

He will have another appointment before his surgery this month and I know there'll be no one to go with him but Bijan, if he still is in Canada. The appointment is set to discuss the CT Scan and preparation for the Open Heart Surgery which is supposed to happen late this year or as late as Jan. 2020. Good luck with that my friend.
(Photo, top: In this picture The Chef is depicted with these questions that he is facing: Should he go under the surgery or should not? In other words: Should I stay or should I go?!)
at 15:07
Labels: Beverages, Food, Friends