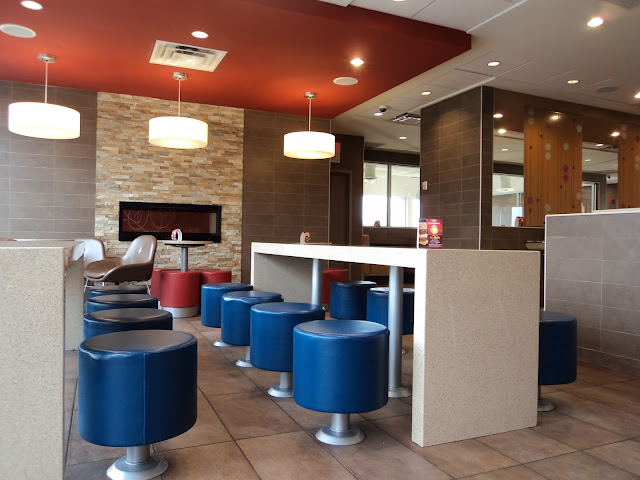 I normally do not use Wi-Fi for Internet on my phone because I don't like small screens but I'm sitting in a McDonald's in the town, waiting for my $1.94 medium coffee to cool off! I walked from the garrison in a chilly, windy 4 ℃ (around 0 perhaps with windchill). It took between 50 min. and one hour and having a bad cold and coughing chest didn't make it a pleasant walk but it was better than sitting in Subway or the cubical! I'm going for a little shopping in a few min. but I probably take a cab, although I might not be able to get one! When we were going to P. E. T. Airport in Montreal I called a cab but it came we got to another one which the driver was not able to find his customer.
(Photo: It's a big two-story McDonald's in the town, the only one rather than the one inside Wal-Mart. The entire second floor was almost empty. Richelieu River at the east side)
at 07:54