The Gulf (of Mexico) Area 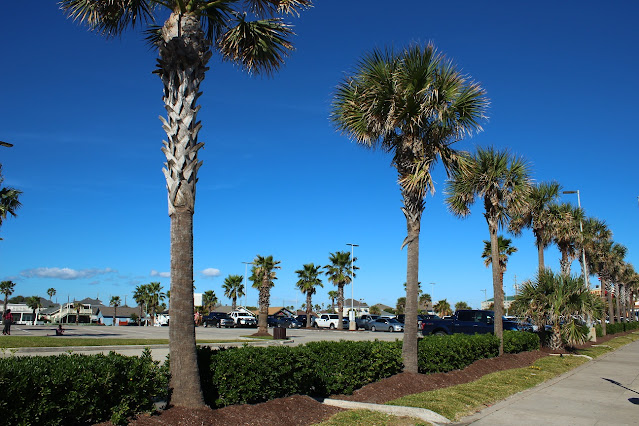 I drove to the gulf area, or to be clearer, the Gulf of Mexico is in the south part of Texas on my second day of the trip. The major point in the south is the Town of Galveston which is about an hour south of Houston. You know how every province or state has a town (or two) which is very attractive to tourists. For example Banff in Alberta, Whistler and White Rock in British Columbia, Aspen in Colorado and many more. I think Galveston in a way plays that role in Texas: Lots of restaurants and hotels, endless beaches, nice shops, etc.

The road to the gulf area, after I found myself on Gulf Highway was just amazing! Another US highway that you cannot stop anywhere until you reach your destination and if you make a mistake, you'll either lose your vehicle or your life and maybe even both! I really wanted to stop and snap a shot but that would've been detrimental! I just wanted to have an idea of the area. A real trip requires at least 2 to 3 days to stay and enjoy. While the temperature was good, on a mild autumn afternoon in southern Texas, I didn't see anyone in the sea. The area was not overly crowded but it was okay considering Covid-19 was a concern. The thing that I was not expecting was free parking at the beach which has been signed clearly. It's very good for the businesses. I parked at the side of the road and took a short walk for photography.

As my destination that night was Austin, I left the area after about half an hour. On the way back, while I was still in the Galveston area, a big pickup truck with a trailer missed me probably with about 3 feet only but in less than 200, w meters (you see here that I mix Imperial and Standard!), while I was in the parallel road and leaving the area, hit an SUV and threw it down the road! I was lucky that first I wasn't driving too fast and secondly the SUV didn't roll down the road and stopped. Otherwise I would've hit it and would've been a disaster. The road got crazy the closer I got to Houston. Everyone is in such a rush that a new driver like me who doesn't know much about the area, if makes a mistake, ends up in Dallas instead of Austin!

I fortunately was very careful both about the signs and the other drivers and was able to get out and find myself on Interstate 10 toward the west without any problem.
9Photo, top: a beautiful row of palm trees at the side of the road, called Seawall Boulevard)
at 09:56
Labels: City Sightseeing, Travel, Vehicle related