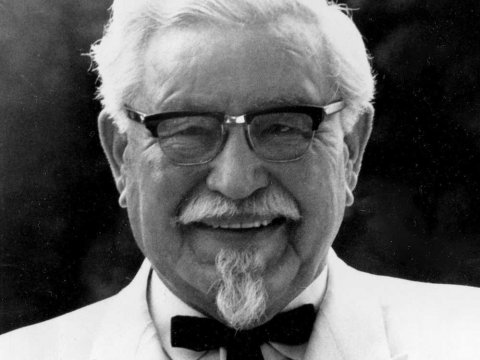 The Brave called me the other day and said that he would need my help to move a few pieces of furniture to or in his new house. He has purchased a property while keeping the old one! As far as I know he has the northeast house since 2000 and recently has bought another one in Dalhousie neighbourhoud which is much better than the other one.
He at times likes to talk a lot and that was one of those days. I heard he was taking bites of his breakfast between his sentences! He talked for 51 min. 37 sec.(!) mostly about his trip to Saudi Arabia (Or Yahodi Arabia [means Jews of the Arabian territory!] as he likes to call it!) to do pilgrimage! He is a religious man but not a typical one. This part of his trip that he narrated for me is quite interesting:
He goes to Mecca, accompanied by two or three guys who voluntarily become his religious guides so he is sure that he is following all the customs of ceremony. He thinks one of them might have been sent by Saudi intelligence to check on him! They go to Kabba for the main pilgrimage and there he realizes that each gate to the area surrounding the main house is named after one of Saudi kings, for example King Fahd Gate, King Abdullah Gate and so forth which sounds disgusting to him as he believes all the God's house gates should be named after him because all the praise must go to him. He discusses that with the men who were accompanying him and they didn't like the idea. Then they come out and right in front of one gates there's this big KFC restaurant with of course a big neon sign.
He points at the sign and asks them whether that is King Fahd Chicken(!) The idiots don't get his joke and surprisingly and emotionally indicate that the acronym stands for Kentucky Fried Chicken! He in response says that since the God's house gates have been named after Saudi kings then he assumed the chicken restaurant has been named after the king as well! Obviously those idiot never got his points and like most of outsiders they thought KFC is such big fucking deal, not knowing that they provide one of the most disgusting fast foods in the entire world.
I guess shortly after that he said he would have to answer the other phone and asked me to send my address to him so he could come and pick me up to go and move those furniture pieces.
I must add here that I'm not religious at all (That might trigger some to leave nasty comments) and consider myself an atheist but I'm friends with people from different places, with different ideas, beliefs and backgrounds as long as they don't want to change me.
(Photo, top: Colonel Sanders established KFC in 1952. The resemblance is uncanny(!) Today's his restaurant is one of the biggest franchises in the world. I first tried that in Damascus and in mid. 90's and I was impressed but fast food joints outside North America and mostly in undeveloped countries are much better in the original place because it's considered modern and classy to go to them. In North America mostly poor, students, labourers and jobless people eat at fast food joints!)
at 21:53
Labels: Food, Friends, Religion