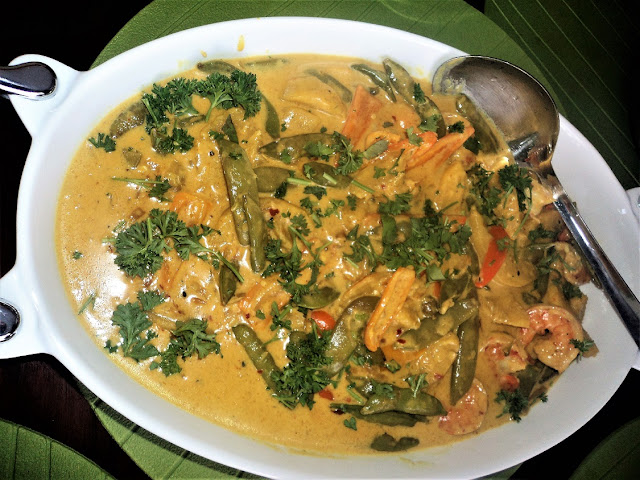 The Brave called me and asked me if I could help him a few days ago. I said I would. He wanted to buy a piece of furniture and wanted me to help him load it to his truck and move it to his new house. We went to the address and the negotiation started. He was offering $90 less than the original price! The guy didn't accept and we left shortly after! Even his wife came to check on the damn table! Two people, driving two cars and eventually get nothing. You could go to a furniture store together (the worst being IKEA) and pick up whatever you want easily. Mostly reasonably priced. Even if you couldn't,  many of them offer installment purchasing options! He then invited me to his house and we had a little chat there. His wife served us some Green Tea. Quite good. That was where I found that he has been living in the country for the past 44 years! It's someone's age! We had a little lunch which was not bad and then we headed to another house as he wanted to pick up another thing that he had found through online websites! This time he was successful and we put it in the car!
Then I started to think: This is how people, some, live in this country! After living in the country for so long and buying a house for more than $800,000 still are after bargains! Not only that. They, mostly, are stuck to their Stone Ages believes!
Then while we were sitting for a coffee in a McDonald's his wife called and ordered some grocery but not from any supermarket. He was asked to go to a certain store that I cannot name here in case The Brave finds this blog! So we rushed to the store because it was around 16:20 and the store would close at 17:00. It's a good store that I will probably write about later in more detail but I'm derailing from the main subject. The Brave's garage and basement in the old house is full of stuff. The stuff which are mostly outdated and useless but he doesn't want to get rid of them. I have not had any major achievement in the past 15 years or so that I've been living in Canada but I'm not acting like a cheap bastard. I understand we're all different though. That is why I try to find positive things in people and ignore their negativity, find common grounds and be friends although it's very hard. I'm OK with him!
(Photo: A sweet dish which I was told had Coconut Oil added to it. Normally raw vegetable does not go with the cooked ones unless to garnish but this is certainly not garnishing! The dish was served kind of lukewarm. I don't know whether this is how it always is served or just on that specific day. After all the lady is busy with two kids and can't expect more from her. besides they say don't look at a gift horse in the mouth! They invited me to stay for lunch and I'm thankful! I'm just criticizing the food based on culinary standards)
at 21:10
Labels: Friends, Shopping