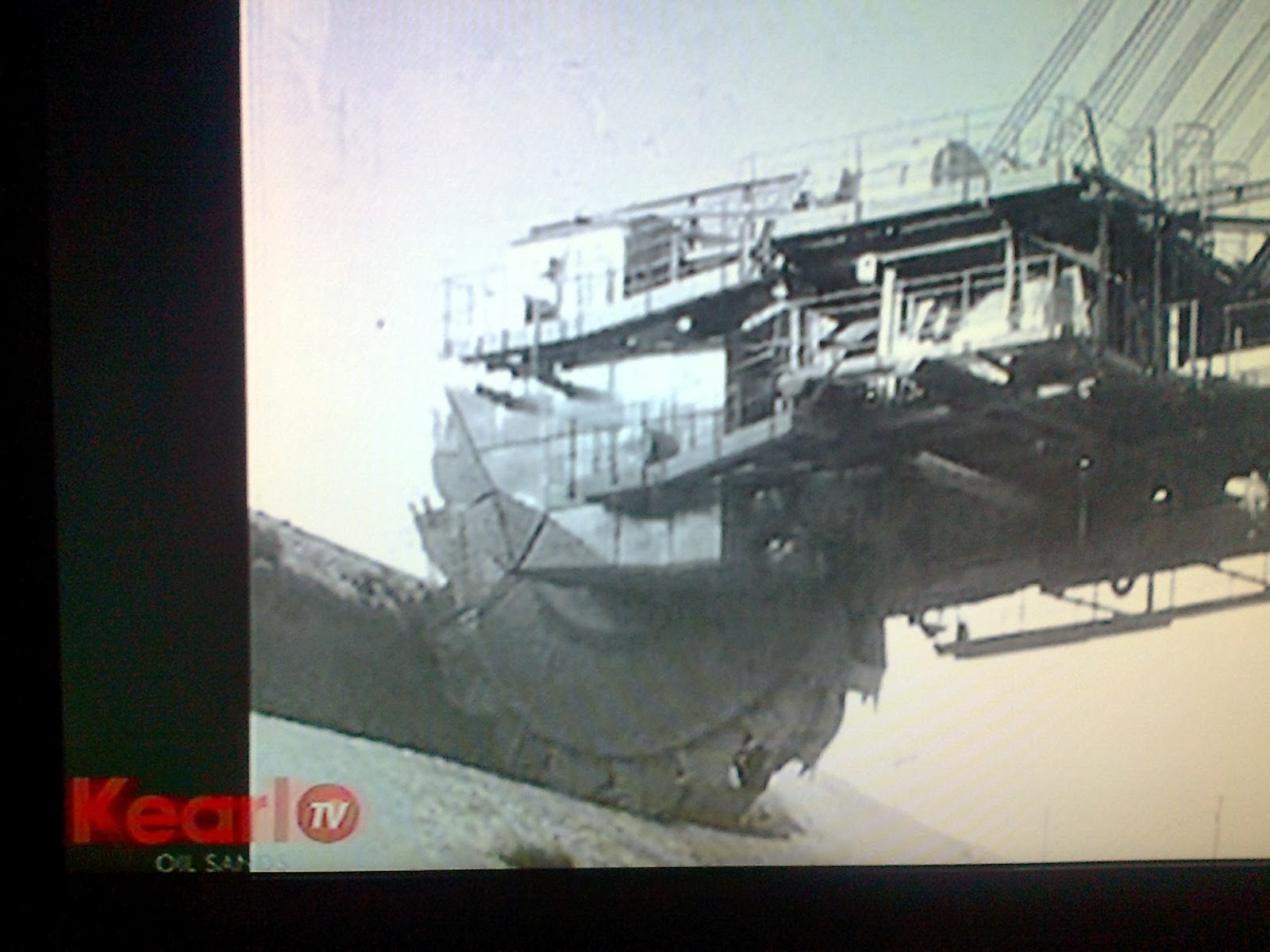 There are a few facts about the Oil Sands projects of Alberta that I found them very intriguing and would like to share them here:

1-      First of all Oil Sand is really not oil. I mean if you look at this substance from chemical point of view the formula is different. They modify or technically speaking upgrade it in a processing plant to, I think, be more like or close enough what is called oil or conventional oil in the industry. That is one reason it is called Synthetic Oil. Whether it could be used in the same manner as conventional oil or not, I don’t know that for sure because it is being traded in the market at the moment and the producers are looking to expand their market, although I doubt they can do that, at the same time the price of bitumen is way lower than conventional oil considering the ordinary way of measurement in the industry, barrel. I don’t have the most updated prices in my hands but a 28% difference is what I have noticed while the same report indicates the cost of extraction too high in a way that the operation would not worth at all! There should be more information to conclude a final result.
2-      Bucketwheels were first used to extract and transfer the ore and then they got replaced with heavy haulers, the big trucks. According to the document available through the Oil Sand Discovery Centre the application of this huge machine later was then suspended, mainly due to high maintenance cost, excessive power usage and long downtime during the time the machine is out of order. I really don’t understand how someone could make such a stupid, huge and costly mistake! Using parallel systems is a very basic fact in maintenance of machinery in the industry. By using tens of trucks to transfer the extracted ore from the mine to the crushing plan you basically apply that theory. If one truck is broken or involves in an accident, you would not have to shut down your entire production. They are replaceable at much lower cost compare to a damn Bucketwheel and faster of course. Besides you just decrease your production rate instead of completely stop it. Very easy fact to understand and apply but my guess is whoever was behind manufacturing and application of the giant machines was not present at the time that brains were being distributed.
3-      The production of bitumen shall decrease soon due to several facts in the industry:
a.       There is no agreement on any of the three major pipelines which are supposed to take the crude (or bitumen) to the major refinery and export points.
b.      Production has been increased and is on the rise in different corners of the world. The US has decreased its imports and resorted to produce Shale Oil. Countries such as Iran and Iraq are favorite potentials for the investors because both of the nations are heavily suffering from lack of technology as well as investment.
c.       Only 20% of the resources are able be be extracted through mining. The rest should be obtained via In-Situ or SAGD methods which are more environmentally effective while less costly.


In a nutshell the future of Oil Sands project does not seem to be very bright and there are challenges. The Government of Canada will fight to keep them up and running because it gas created many jobs and will create many more an will bring lots of revenue.
(Picture: This photo was taken from the so-called Kearl TV from the time I stayed at the related site for awhile and shows a bucketwheel. This was part of a commercial-like clip but I have no idea why they used that because mining using this giant machines was considered absolute long time before this project)
at 20:08
Labels: Career, Job