Showing posts from February, 2010
Show All

Korea Now and Then 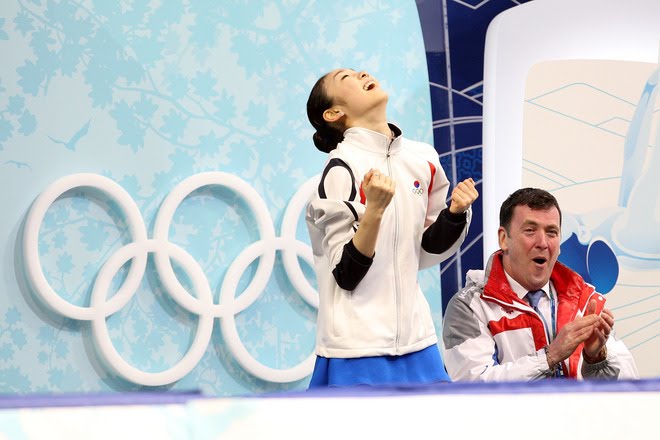 I worked for this company and I enjoyed my job a lot a few years before my immigration. One old guy in there, an electrician once told me the story of Koreans back to the time that he was young worker himself. I guess he told me this story almost 12 years ago. Him being retired at the time, his story goes probably back to 50 years ago, the 60s . He said that at the time Koreans used to work in Iran as laborers, sending money back home. Obviously it was shortly after Korean War which ended in 1953 and they were desperate. " whenever one of them died, we would burn him and disperse the ashes " He added! Now look where Korea and Iran are in the world society now. You can't even compare them. Korea is a leader in exporting vehicle and electronics. Names like Samsung , Kia and Hundai are known to everybody. They are welcomed in countries like Canada because they bring money and spend it here and they need no entry visa. Iranians have to go through a complex and len
Post a Comment
Read more 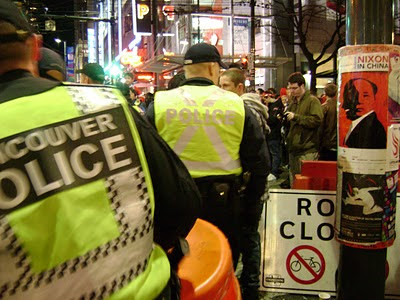 The concepts of Quality Management that I learnt and applied in manufacturing industry could be applied to many other aspects of life including society management and crime prevention. When you have bars, clubs, liquor store, crack and pot sellers at every corner of every city and then put Crime Stoppers signs everywhere it means you really want to do nothing and you're just showing! A good example of this is the recent celebrations in Downtown Vancouver where people got a bit out of hands. The authorities ordered liquor stores be closed at 07:00 PM to prevent riots and scenes! God knows how much the lost sale of those stores were! Obviously they complained to someone and they were allowed to be open after that time again today! The authorities said it was for weekend only! But a wise mind knows that if the liquor stores and other entertainment centres are closed or half-closed what would the consequences be! Police, Correctional Offices, Judge, Jury, winery, delivery trucks, s
2 comments
Read more 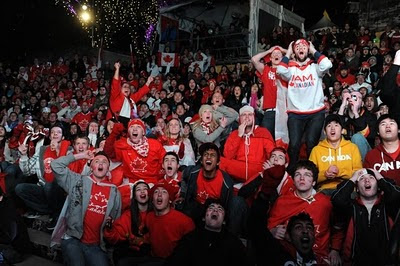 I was right about the performances of Canadian athletes although this is not what I want to see. There's a whole lot of disappointment among the Canadians. Canadian men hockey lost to the US by the score of 3-5 and women's curlers lost to China ! Everybody was getting ready for a big Sun. night celebration but they all were turned down by Team Canada . Names like Sidney Crosby , Jerome Iginla , Joe Thornton and many more, the multi-million dollar stars of NHL teams all were not able to help Team Canada to pass other NHL stars of Team USA in Canadian soil, GM Place , Vancouver , British Columbia ! (Photo: Displeased fans of Team Canada react after the team accepted another goal from Americans)
Post a Comment
Read more 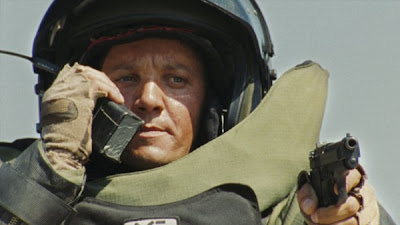 I heard about this new movie, The Hurt Locker a couple of weeks ago when I was checking Oscar nominations. I decided to rent or buy it as I noticed that the movie had received so many positive reviews. Then I watched it in three sections in between Olympics events. I wasn't much impressed. It's just a war movie and not even as exciting and real as many recent war movies in the past few year. We all have watched Saving Private Ryan , Flag of Our Fathers , Letters from Iwo Jima , Platoon and so on. The Hurt Locker has nothing but a new type of war that might be interesting to the audience: The roadside bombs war. The screenplay in average, the acting is average and the cinematography is bellow average. So why did they make a big deal out of it? May be because show the violence in Iraq which has not been on the screen before. For me, who's a big movie buff with a collection of more than 250 titles, it's not worth watching again, forget about buying! (Photo: Jeremy
Post a Comment
Read more 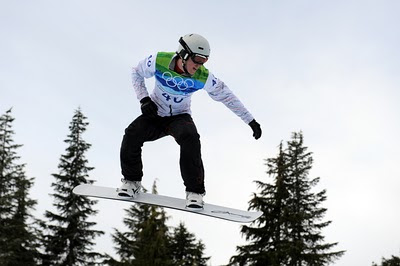 We finished the 5th day of Olympics games yesterday with Canadian athletes sitting in the 4th position of overall ranking. Two Golds, two Silvers and one Bronze medal are all Canadian athletes have gained so far while they have the privilege of competing in their home country. Actually that might be the reason why the said medals have been won by them up to today. You definitely skate, snowboard and ski in a course you're familiar with much better than someone who has practiced once of twice. Big names of Canadian champions like Patrick Chan , Clara Hughes, Jeremy Wotherspoon and Cindy Klassen have never been heard winning big medals. The other athletes have gain double digit ranking where Dutch , American and German champions win all the medals. Canadian Hockey players have a long road to go to get a medal and have not faced a serious competitor yet. They are the big hope though. (Photo: Mike Robertson from Canmore, Alberta won a Silver in men's snowboard cross. He wa
Post a Comment
Read more 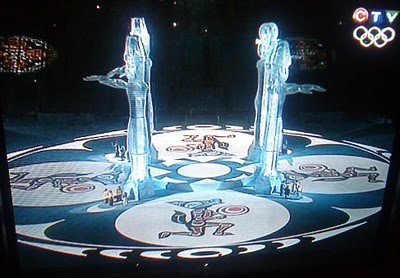 We, like many others, watched the opening ceremony at home, although we were in Vancouver just hours before it started! I should say that it was magnificent but I can't close my eyes to the its stupidity, at the same time! First of all the National Anthem was completely messed up. I hated it. Not to mention that they could not find a real person to sing it. Then that was the problem with the mechanical arm. I guess everybody knows that one of them never functioned. And then poor Gretzky in the back of a truck from BC Place to Convention Centre in the rain! That was in no way excusable. Other than that the snowboarder in the beginning, the welcoming by the four host First Nations , the songs by Bryan Adams , Nelly Furtado and Sarah McLachlan , the fiddlers, the poet, the teams parade, everything else, I'd like to stress were great. I think we can even omit the mechanical arm malfunction, even in more serious events it might happen but National Anthem and torch rally
Post a Comment
Read more 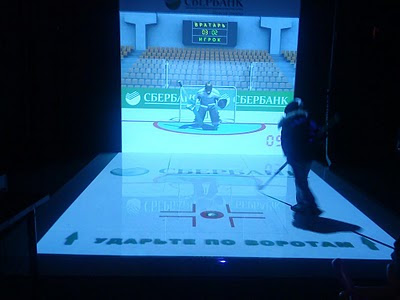 We went to Vancouver last Fri. to get some Olympics spirit(!) and realized that Russian s have a open house in Science World . As I hate waiting in a line, I didn't want to go but eventually agreed and waited for 15 min. to get in. The main reason for such a show is that the Russian s will be the host for the next Winter Olympics in a city called Sochi ! I don't think that was a wise choice by IOC because the first thing comes to mind is not snow, skating or skiing, it's tiny pieces of rice, raw fish and vegetable! Anyhow we went in there and that was not bad. Some Russian folk dance and music, posters, a shop to sell gym attire with a big Russia in the back, an electronic puck shooting practice which was excellent by the way, 2014 Winter Olympic site model, lots of Russian s(!) and so on. The site was being managed by Putin like Russian men. The Russian s all looked proud and unified, even the ones who lived here and in the US as refugees! I talked to a young gu
1 comment
Read more

- February 10, 2010
It's been being said that the Government of B. C. has spent a lot on Olympics and there are rallies at every corner, even in the other provinces in opposition to the recent Olympics . The aftermath is being pointed at and also the homeless people, the addicts, the drug dealers and the prostitutes in notorious East Side Downtown Vancouver are being mentioned. $2 Billion is considered to be the cost of this winter games here in B. C. Canada has been the host of two other Olympics: Montreal in summer of 1972 and Calgary in winter 1988. I just heard that the organizers of the 1972 Olympics just managed to pay off all their debts in 2009! Yes! It took them 27 years to clear themselves financially while Calgary 's is claimed to be profitable! But the reason why I brought up this numbers, debts and credits is that in a brochure of Vancouver Olympics tourists it's stated that B. C. 's annual Marijuana trade worth $4 Billion ! I don't know if that is supposed to
Post a Comment
Read more

A Good Chance For The Big 3 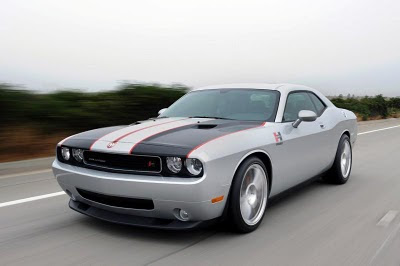 I applied for a job with Toyota Canada in Ontario back in 2002 or 2003, can't recall clearly. I have it in my mind vaguely. That was not a real job application because I did not have and still not have any of the skills that they were looking for at the time as an assembly line worker. I remember that the wage at the time was something around $35 an hour if I'm not mistaken. Now a little calculation may tell us just how much this recent recall of Toyota will cost the company. If 437,000 Prius es are goin' back and we assume that they are not being fixed in the plant, they will be worked upon in the dealers and we assume every vehicle only needs to be worked on for only 1 hour and there will be no part to be replaced or changed and finally we assume that each worker of technician work on the vehicle gets not more than $20 an hour, the whole cost will be added to $8,740,000 dollars. This is nothing for a company which is considered the largest automaker in the world b
2 comments
Read more 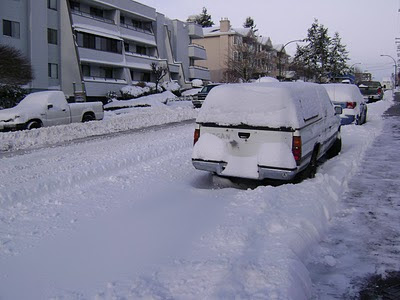 Only 5 days left to start of 2010 Winter Olympic Games in Vancouver and here it doesn't look like it's winter at all. It doesn't feel neither! At 12:5o AM it's only 6 C . Unlike this year, last year was the year of snowfalls, strong wings and cold weather in B. C. I bet the organizers wish the could have had 2009 instead of 2010 as their Olympics year. VANOC is no struggling to bring enough snow to ski areas and had to ask practicing guys to leave the venue. It's costing them a lot, trucks loaded with snow! Things doesn't seem that bad in Whistler though. Higher elevation, more snow, colder. It's 0 C over there. I bet these guys are goin' to overcome that problem with snow and make everything ready just on time. (Photo: I took this photo in the 22nd day of Dec. of 2009. We never had a street like this here in B. C. this year. Birds are singing on threes, sun is shining and blossoms are seen at the corners. Things have not been really good for sk
Post a Comment
Read more 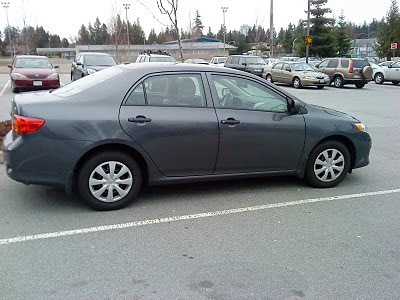 We all know that Japanese manufactured products have a good reputation in the world. They are reliable, reasonable in price, high quality, available, you name it. Their vesicles, there's no need to say, here are always on the top of the list of high sellers everywhere in North America . Based on that I purchased a new model a few months ago and I'm happy with it, overall. But that's not how everyone else fells. There a huge recall on some models in North America , specially the US as there're safety concerns. Driver's have claimed that they were having serious problem with accelerator pedal on a number of models and brake pedals on Prius , the magnificent, supposed to be(!), hybrid. These are the news that everybody knows. At least the ones who drive a Toyota . The problem is so big that the Secretary of Transportation in the US is involved. But what amazes me the most is the Japanese reaction to this. The problem is goin' to cost a lot to the company. Not
Post a Comment
Read more
More posts