Showing posts from August, 2016
Show All

- August 28, 2016
I had another interview this past week which was similar to the one I had passed once. It, in fact, was the exact same thing with a slight difference. This time 3 people were present instead of 4 and they, one by one, read the questions to me.  I made a mistake at the beginning when the supervisor asked what happened in the last application. I told him that one of the references, my supervisor, didn't give a good reference and I added: I think it was because we had an argument once! Silly me. The guy really didn't like my answer and I thought that would be it! I'm out before even the interview starts! But then corrected myself by saying: It was not an argument. It was a disagreement. He still didn't seem convinced but the interview went on. I finished the answers without them giving me any warning about the remaining time and then they asked me the usual question of: Why did you apply for this job? And I tried to be as convincing as possible. I made them smile a few
Post a Comment
Read more 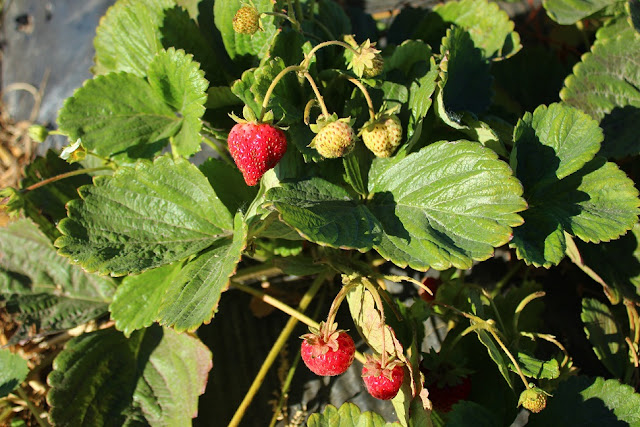 We wanted to pick wild and natural Blackberry and anything else available in British Columbia in this recent trip of mine. The Lady suggested to go to White Rock and Surrey . We stopped at an intersection close to 48th Ave. in Surrey and picked a handful or two Blackberries but they were not as good as what we used to pick back to 2009 or 2010 . Extreme heat or lateness in season could have caused that but we enjoyed the true taste a little bit.  We then after a short break, which was due to extreme heat as well(!), checked a local farm called Surrey Farms . We had stopped there years ago but didn't attract us much. We learnt that Strawberries would be $2 for a Lb , if we picked. We got two plastic bags of our own and picked probably close to a pound only because we were not sure about the quality. This, of course, is an East Indian of Sikh/Punjabi decent business, like most of fruit and vegetable businesses of the area. The Strawberries were the best that I've
Post a Comment
Read more 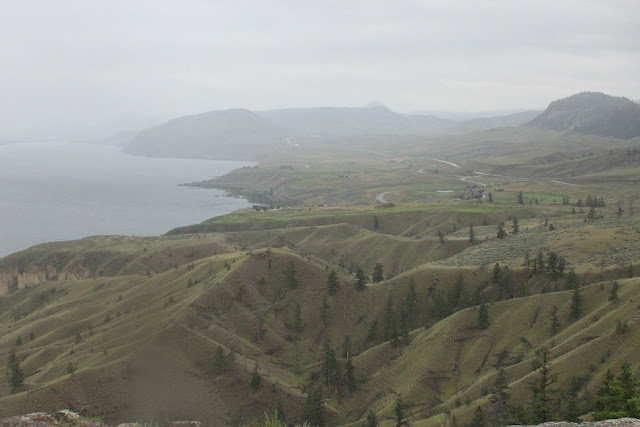 I, once again, had to go to British Columbia for a job interview. Same shit long drive! Started early again so the extreme heat does not bother me. Unlike the previous trips didn't stop even once for photography but stopped for water and coffee of course. The highway was crazy, perhaps because it was Sunday and people were going back home from lakes, campgrounds and provincial parks. Several motor-homes on the road. I saw a few with Kayaks on the top and bicycles in the back. People here just want to kill themselves by trying every fucking thing!  I then got to Kamloops and drove down south to Hope . It's almost 204 KM. I realized that I had to go almost in the middle of the way and tried to find a resting area! Nothing! Whoever the fucking idiot designed this part of Trans-Canada Highway , transformed it to Trans Shit and Fart Highway because there is not even a spot on the shoulder of the highway that you can pull over and use bushes as restroom! I eventually when it w
Post a Comment
Read more 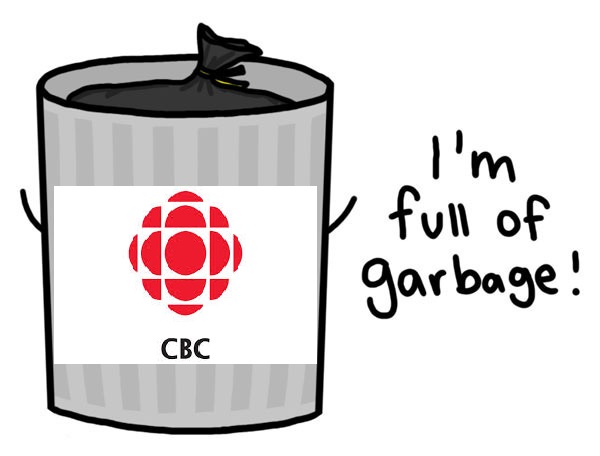 There was a time I couldn't wait until 22:00 to watch The national . One reason was of course that I didn't have cable and you could simply use an antenna to get a few channels. The bastards in media industry eliminated that option a few years ago. I guess it was 2012. Now you have to buy a new TV to be able to get as many as 4 or 5 channels without cable. I don't care. I'm not watching TV.  The other reason was that I was passionate to improve my English language proficiency. In addition to these reason, I believe that the news broadcast (Or broadcasted, both are correct and are considered past tense of the verb broadcast, in case someone wonders!) by CBC had a better nature. Now it has become just a trash distributor! Or perhaps It's because I don't like this piece of stinking crap, phony Justin, The Disgusting Piece of Shit, Trashudu ! What A disgusting creature! Or they fucking talk too fucking much about the fucking disgusting the US election! What t
Post a Comment
Read more

- August 16, 2016
I don't like eating out mostly but these days I feel fed up, bored and annoyed at home due to being unemployed. So at times I use any excuse to get the hell out of the apartment! I went to an A & W a few weeks ago and it was pissing down! I didn't know what to have and decided to order a Pancake with a side of Egg and of course a cup Coffee . I recently began to like their Van Houte coffee. It's nice and smooth but the Pancake was horrible! You would feel the flour in the mouth, the plate was dirty and greasy and the egg not seasoned! No fucking salt or pepper.  I didn't want to argue with the fucking, disgusting Filipino s. These days you see them in almost every fast food restaurant you go. McDonald's is their domain. You see them in A&W and possibly other fast food joint, as I don't go to all. So if you're planning to have your breakfast in A&W watch for the damn Pancake and send it fucking back, ask the disgusting pieces of carp t
Post a Comment
Read more

Stupid Blames on Someone Else 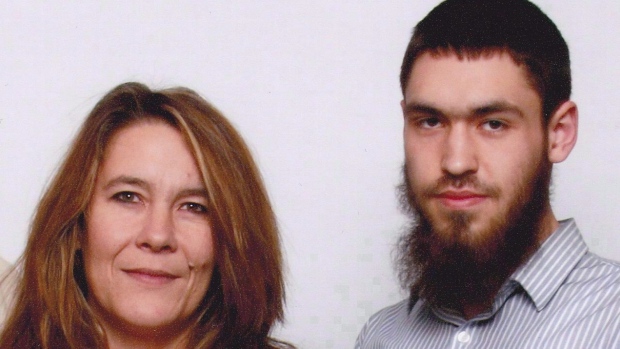 The story of these young Canadian guys who, as it's said here, become radicalized(!) is so funny. Their parents don't care and are too busy with their Red Wine, Barbecue, Mobile Apps(!) and short jeans! , leaving the kids to grow like a mushroom in a forest. No supervision, no direction! They have to find their ways! The kid's exposed to everything from Marijuana and alcohol, under-age sex and all sorts of shit that you can imagine. Some, are troubled and either have no access to the above or are derailed and directed to other things such as radical Islam , as they like to call it here. I found that very hard to believe! Either way the parents are too busy with their own hobbies which some were named above. Others are grown in single-parent families, something that's consider a value(!) in this country! You fuck someone without protection and the result's a kid in 9 month. The person bolts or you ditch her. All of a sudden you're so proud of yourself and ev
Post a Comment
Read more 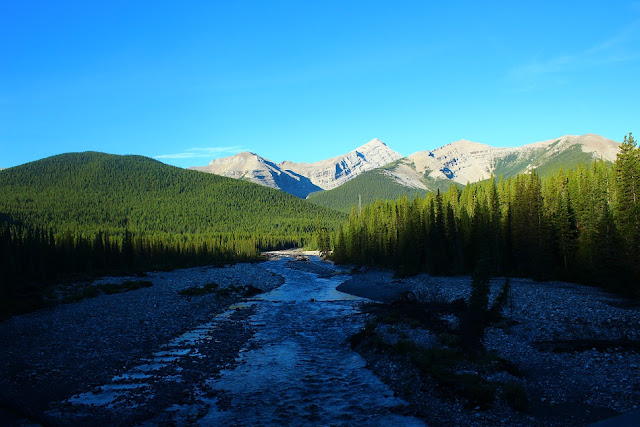 The past two, even three weeks have been really bad for outdoor people. There's a thunderstorm, hail storm or heavy rainfall every day. I was caught three times so far and got soaked to my underwear. With that in mind I checked the weather in Bragg Creek for this past Sat. and decided to do the hike of Mt. Glasgow in the area. Didn't work!  I was feeling down from the beginning when I set the alarm for 05:00. I woke up earlier and changed it to 05:30! Then when it sounded at 05:30 I remained in bed for a few more minutes until I finally got out around 05:55! I wanted to get a coffee and went to a local 7-11 that The Lady likes their coffee because you could chose whatever you want. It was quite disappointing. I guess they only brew 2 out of perhaps 7 coffees they used to. Looks like not many people are going there to get their cup of Joe. The whole place looked inactive and not alive. I'm not a fan of fast food but when I see a place on the verge of survival, I fee
Post a Comment
Read more

JACOS Shuts Down Everything 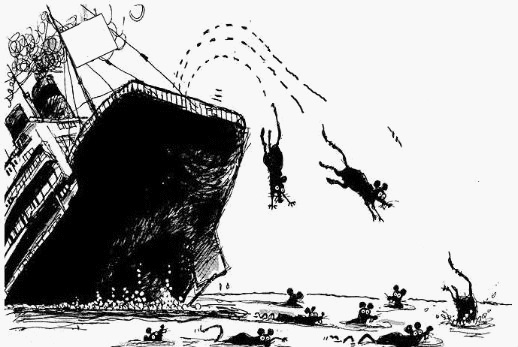 Japan Canada Oil Sands Ltd. , one of the companies that I very much liked to join and even applied once, I believe, and never received a response(!), completely shut down its operations in northern Alberta ! JACOS is considered one of the oldest foreign operators in the province. They have indicated that their efforts does not wroth the current price of crude. Today's price is $41.71 for a barrel and that's the price for a major brand. Oil Sands ' price is much lower. They would continue operation once the price goes over $50 per barrel, they added. This does not seem to be happening soon. One of the former colleagues in the last job also worked for them once but then quit and joined Shell later. JACOS has an office in Downtown Calgary like any other major energy firm. I'm not sure whether they have staff here now or not. He no longer works for that company. I used to exchange e-mails with him and when he left the last e-mail unanswered, I stopped that. In o
Post a Comment
Read more

A Trip (through a film) to Nebraska 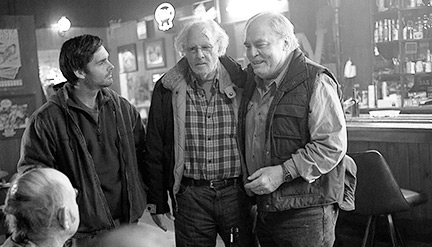 I've got the chance to see more movies since I renewed my membership with CPL , perhaps because it's free now! However the problem with most of the movies they have is the sound quality is very low. Picture quality is tolerable though.  One last movie that I just watched was Nebraska . A movie from 2013 that Bruce Dern was nominated for Oscar but didn't win. The movie was nominated for a few other trophies from the Academy but didn't win any. Not that winning an Oscar necessarily mean the movie is excellent. Remember that piece of stinking garbage, Argo ? Anyways the movie is nice and basically is about caring about the parents. I'm happy that I will never have to be worried about someone caring about me since I've never had a child! The movie take you with it almost to the end and Dern 's act is good. The only film that I had seen from him was The Driver and that was from his early years.  Nevertheless I liked Foxcatcher better although it'
Post a Comment
Read more 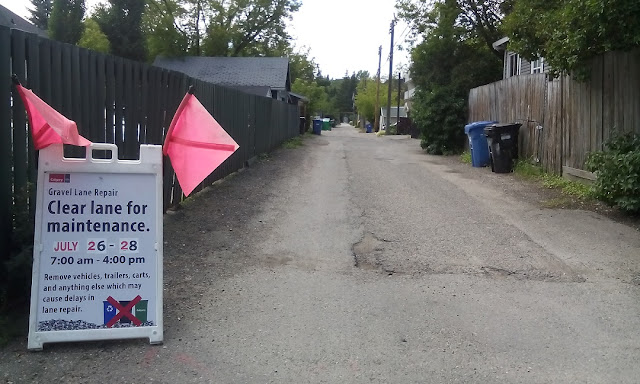 One of the things that amazed me the most when I first came to Calgary was this attitude toward keeping everything obvious nice and everything hidden, ugly! You might say this is done everywhere and by everyone but the things that I've seen here, particularly this one, was never seen even in the old country to this extent! It's right that the Third World countries keep the main cities clean and nice and when you go to towns, villages and even the suburbs, all you see is disappointment but here in Canada or more specifically Calgary , they do even worse in major cities! Who would think that all the back allies in the city is gravel with big potholes in them?! The stupid animal who ordered and then spent millions of dollars on a hideous, stupid, pedestrian bridge over Bow River , I wonder how he never came to this idea that the city should be clean, tidy, organized and nice first and then if anything is left, would be spent on unnecessary things!  A normal, sane human b
Post a Comment
Read more
More posts