Showing posts from September, 2010
Show All

No More Joy in the Coffee 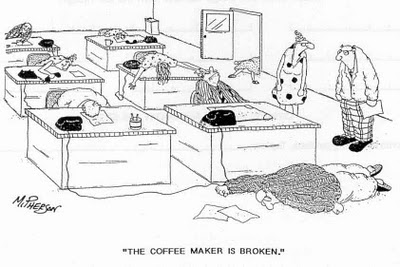 I'm not a big coffee drinker but at times I like a hot cup of the drink with cream and sugar in it. I stopped using white sugar a long time ago regardless of the fact that many people say there is not a big difference between white and brown sugar. I know for a fact that there is. So I just consume brown sugar but as less as possible. And these days I go easy on cream specially because of the cholesterol and also its fat. My regular coffee if I'm not home is McDonald's and I don't like anything strong like Starbucks or similar. I started drinking Nabob at home, mostly for breakfast but it doesn't taste as well anymore. I even tried Van Houtte and Maxwell House but did not notice much difference. The reason could be that I use ground coffee and that type of coffee could have other things added to it. So may be I should get coffee beans and ground them myself or ... Any idea? (Photo: Many people can't start their day without a cup of coffee. I'm not addict
2 comments
Read more

Running Up and Down the Street

- September 19, 2010
I have to low-paid jobs(!) interview experiences which I have to tell you here: I had to be at the first interview at 13:00 hours and I was early on a bus. So instead of getting off at 200 Ave. I thought I'd better get off at 198 and walk for a few yards. I said I would get familiar with the neighbourhood and I might get a bite. So I got off the bus but instead of 198 or 199 it was 189 (!) My mind was just paying no attention! So I started walking and time was ticking! Seemed like I was not even close. Then I realized that I had to run and started it and thanks to all those running and jugging practices. I wasn't sure where the address was. I ran and ran and then ask a fat guy in shorts and then ask another guy in an oil change shop and ran again. Then I threw me into a cab which was parked in a gas station and that was the time I was at 200 Ave. but didn't know where the address was! I asked the guy to take me to number 7634 . He grabbed his pen to write it down a
Post a Comment
Read more

- September 17, 2010
Imagine that you're walking in a shopping mall, sitting at a desk in a coffee shop or waiting for transit in a station and a young girl hands you a flayer depicting a hair stylist. There is no address but there are telephone numbers. The papers offers a hair cut for only $10 (!) You call the number later and a guy tells you that he would meet with you at this time in a local fast food restaurant, a major one. The hour is sometimes between 10:00AM and 11:00 AM. You meet with the guy at the specific time and designated place. He says to you that he would see you in the restroom(!) You know that you're not homosexual but you give it a try. You are not afraid. You say: What is the most that could happen? You go in there and you see a folding chair in front of the mirror and the guy standing aside with a pair of scissors , a comb and a towel. You sit and he cuts your hair in the same way you would get your hair done in a store. Two people visit the washroom during the operation(!
Post a Comment
Read more

Nice View of the Premises 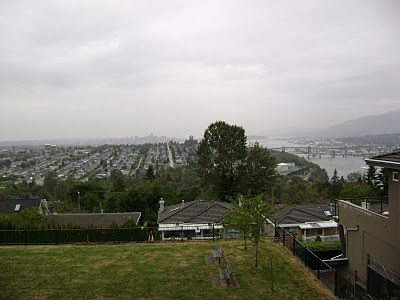 We went to Burnaby yesterday to see a few apartments to rent. This one, not an apartment just a suite was located in north side of the town had a nice view to Downtown Vancouver and the inlet. It was a rainy day yesterday like today but still could see the scenery. We didn't take the place as it was too small for us. (Photo: Downtown Vancouver in front, the inlet, the harbour and the Iron Workers Memorial Bridge from the street in north Burnaby where we were trying to find a place)
Post a Comment
Read more 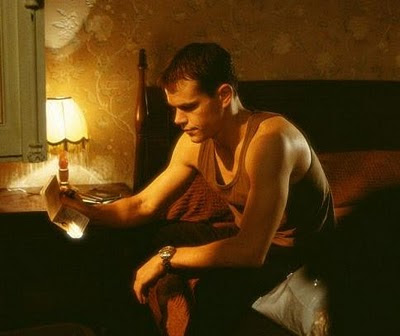 I always believed, and that was based on facts, that whatever is happening in Afghanistan , Iraq and other conflicted areas is made by the US just to sell its airplanes, missiles and other guns and ammunition to earn billions . It's clearly stated in movies like JFK , Fahrenheit 9/11 and others as well and can be concluded with a little effort if a good thinking is given. Watching the Bourne movie series practically proves how the US is capable of observing and monitoring everybody's moves and makes it impossible to believe that bunch of illiterate, non-trained Arabs could establish an organization which infiltrate high-tech American spy and control monitoring systems! There are also documentaries available on Youtube that you can refer to and see how the US makes up and name imaginary hostile organization and builds fear in Americans ' mind so can benefit from that. Anyways it was just a reconfirmation(!) to what I believe and also to say that if you like spy-act
Post a Comment
Read more

- September 01, 2010
I received a letter from the organization that I had applied a job from yesterday. That was after more than a week since I failed the interview. Now I'm deferred for 1 year ! I wasn't expecting it to be this long but apparently it is which is not fair to me. It's says that it's a final decision and there won't be any appeal. I now that I didn't do well in the interview but still think that 1 year is too long. It's good that I won't have to write the written test again which is a disaster!
2 comments
Read more
More posts