Showing posts from March, 2022
Show All

Embarrassment to the Fullest 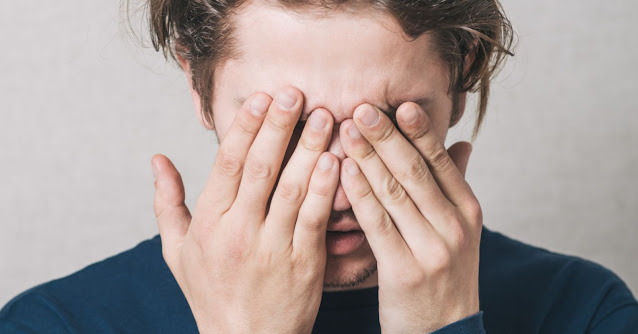 I got the final result of the CWB Level I Inspector examinations and passed only two, out of the three! which I wrote last week, today. I was a little surprised of their speed and speed is usually good when you get a good result. I didn't! I failed, again(!), miserably(!) the closed book exam! But guess what? I got 2 points higher than the last time! Isn't it something!? It's so frustrating and embarrassing that I don't know what to write! I don't think there's much to write about it but I know what I will have to do: I will start studying tomorrow and also will order a number of major modules, most likely Electrodes & Consumables and Welding Processes ! I only have until September of this year and if the third shot doesn't work I would have to start everything over! There's no other way.   Here is, again, the topics that I know I have to study very well and master them, for myself. As for everyone else who has a plan to write CWB Level I Inspecto
Post a Comment
Read more

Moore is not Right this Time 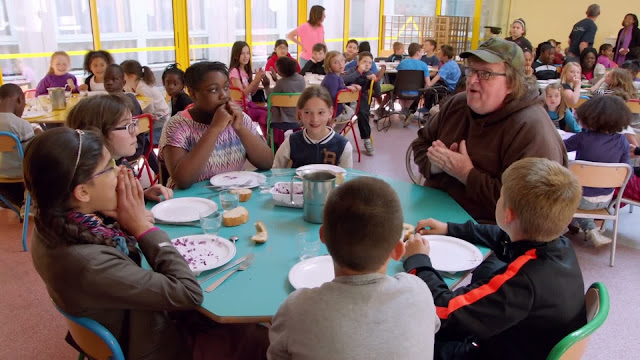 I like most of Michael Moore movies. Fahrenheit 9/11 is my all time favorite. I first watched it in a theater years ago when just came out and then bought the DVD . I like it despite the fact that I admire George W. Bush  for what what he did in Iraq . I don't wanna go there because it was 19 years ago . Bowling for Columbine which discusses the gun violence issue in the US is another favorite of mine. The best part, in my opinion, is when Charleston Heston walks out during the interview! Sicko , I couldn't see it! For me it's too intense! I can't see medical procedures and stuff of that nature. Capitalism: A Love Story is good. I totally understand that although some of the people shown in the film and were interviewed looked irresponsible and careless! I don't totally blame them for what happened, though. Watched Fahrenheit 11/9 in a theater when it came out first but need to watch it again, although I don't like Biden ! The last movie of him that I'
Post a Comment
Read more

What's Wrong with this Picture? 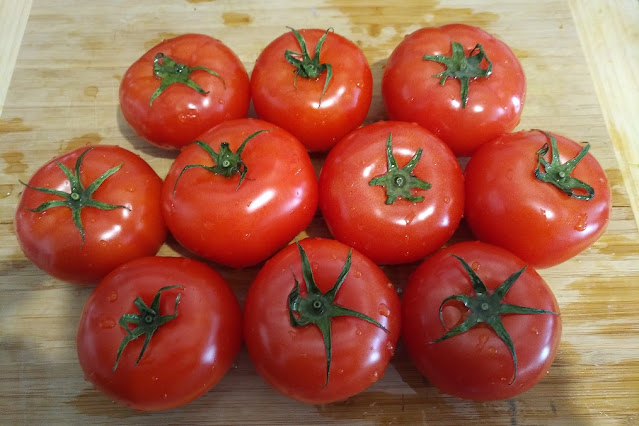 I bought a whole case of Tomatoe s last week. Some 20 Lbs ., I guess. They're from Alberta but don't get excited! They're grown in a greenhouse!   Here in this province and most of Canada , fruits and vegetable either come from southern US or Mexico . Some from China too! Very small portion from different provinces with B. C. providing the most. One can imagine how disgusting most of them are! The fact, though, is people here, either they know it or don't know it, don't care! You feed them whatever, they eat it! War refugees, Filipino s, African s, Chinese , Latino s, liches from southeast Asia ( Indochina ), all live cheap and as long as they have some crap to throw it in the back of their mouth, with a freaking chopstick, they don't care what it is! They mostly have a bowl of nasty, filthy, cheap White Rice , a few pieces of boiled and bland vegetable and shreds of meat and they're set for life! The meat, used to be dog meat, something which is illeg
Post a Comment
Read more 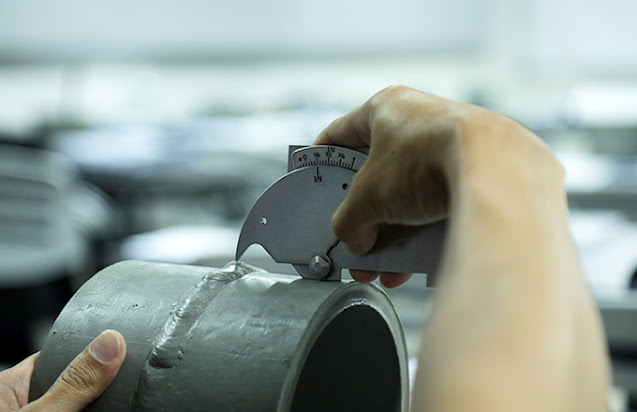 I wrote the three examinations for CWB Level I Inspector certificate for the second one today. Did I feel better this time? No! It seemed even harder than the first time but the good thing I did was I reviewed the entire closed book Exam. once again, sat to the almost end of the session (2 hours) and changed a few answers. I think at least 8, out of 75. I'm not sure if that'd make any difference or I even pass but I tried. The problem was I had not had a good sleep the night before! I was watching The Departed and at 22:00 or a bit earlier I felt tired and went to the bed. Then after turning and tossing a number of times, I got out and watched the last 40 minutes of the movie(!) because I couldn't sleep. Even after finishing the movie I was not ready to sleep. I woke up once at 06:34 and then at 07:00 when the alarm went off. Dressed and drove to the exam venue without even a coffee. I was feeling not too bad for the first 2 hours or so but when the open book exam on CSA
Post a Comment
Read more

Why do I love American Made? 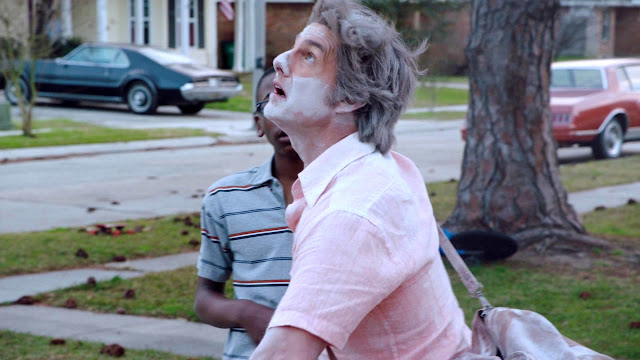 Movies with political theme usually fail in North American market. Hollywood knows that and tries to avoid making them often. JFK , which in fact tells the truth behind an  American President 's assassination, is one of them. Or maybe people say: This is something that happened years ago. I don't care about it anymore! American Made is one of those movies which despite having a popular superstar doesn't do well in the box-office. It tells the US 's reaction to a number of the Central American countries' falling into the hands of Soviet s in the 80's . That's why the American  and most certainly Canadian  movie-goers don't like it! I, however, relate to it and love the movie. These are the things that I remember them all, despite my youth when they happened. Not in detail though!  The movie has exaggerations, like most of the Hollywood 's but everything is great. The story is fantastic. You wouldn't want to stop until you find out what happens
Post a Comment
Read more

Thing will get Worse! 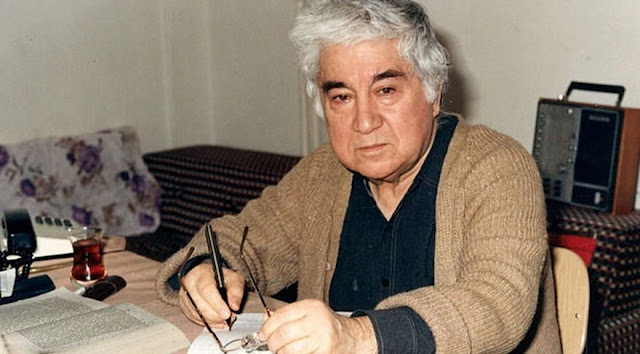 People in North America , the majority of them, either  American  or Canadian  or the liches (the refugees!) or even most of the immigrants are isolated. They mostly don't know what the hell, really, is going on in the other parts of the world because their choices are limited to what the mainstream media feeds them. Look at the current Russia - Ukraine conflict. I bet none of these idiots who think they're supporting Ukrainian s because 10% of the population of the Province of Alberta has Ukrainian background, didn't even know where Ukraine was(!) or what is the history of Russian Empire and the area! They are bombed constantly with bullshits of American media such as Concocted Nonsense Network ( CNN ) or Face-shit-book or other false ones!  With that being said I'd like to introduce Aziz Nesin , the late Turkish novelist and humorist, to the readers. Nesin , which by the way is his pseudonym, was very popular in Iran when I was young, in junior and Senior
Post a Comment
Read more 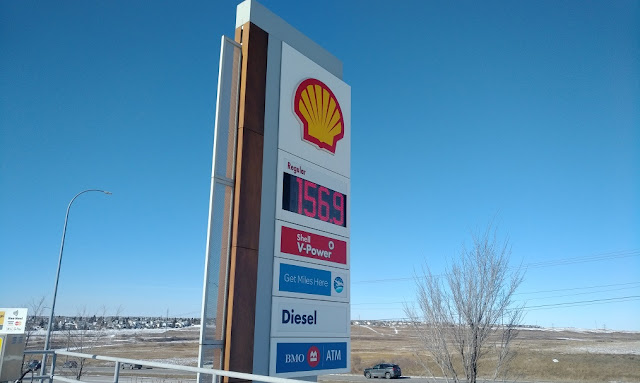 The price of gasoline jumped up last week and they say it's a result of Russia-Ukraine conflict! It in fact because there's no enough refineries in Canada ! And not to forget the way that the Oil Cartel works. They always wait for an excuse to shoot the price up!  The first day that it went up above $1.5 per liter I went to a local gas station and purchased $10 worth of gasoline. The attendant asked me if I had see the price. I said I had. He goes: Blame Russia for that?! I responded: What does have Russia to do with this? And he got surprised and asked: Are you Russian ?! I, in no way look like a Russian and don't know why that idiot assumed so. I just answered No and left! The truth is the oil companies, as I said above, always use a scapegoat to benefit from that, particularly now that the pandemic is near over and people are planning for summer trip. This time it's Russia ! Shell gas station at 14th Ave. and 12 St., SW Calgary in 15-Apr-2020 The funny thing is
Post a Comment
Read more
More posts