Showing posts from October, 2018
Show All

Another Crucial Step: The Third Interview 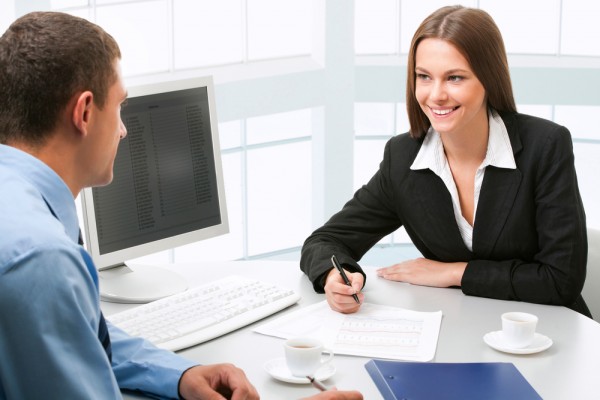 Two months went by until I got another message for the position I've applied a long time ago and number of its crucial stages have been passed. This time it was another interview, the third one(!) but on a different subject. For that I had to travel to another city and considering that I try to avoid putting too many kilometers on my vehicle, I rented a car.  This was quite similar to the interview I had more than 2 years ago in British Columbia for a position that I didn't get it. It's hard to say what the outcome of this would be but I was honest and chatty! Tried not to forget anything and have no contradiction with the previously provided information. The whole process took 01:40 hours . The interviewer said, at the end, that she did not see any problem but still needed to receive the result of two other evaluations from two other organizations and then she could send the recommendation to the employer. I know nothing would happen in the next 2 months and less and
Post a Comment
Read more

I was invited to this group gathering for the volunteer work few months ago. All the cost would have been covered by the organization, if someone had lived outside the city. I, though, missed the first day because my flight got cancelled. I got to enjoy other things but missed the some others. The seminar was not bad. There were mostly nice people but as there always is an as*hole everywhere, this little group was not an exempt! I don't know why I even mention disgusting creatures such as that ugly Latino female! It's probably because I intend to show my disgust! Stupid and shallow people like that are very easy to come by here in this country! People who didn't even have bread to eat and now after using all the benefit the Government has given them, forgot who they were and where they come from, taking about years that they have been supervisor and manager!  I also happen to see the guy who bugged me a few times with his irritating and sometimes irrational comments.
Post a Comment
Read more

An Interview in the Anniversary 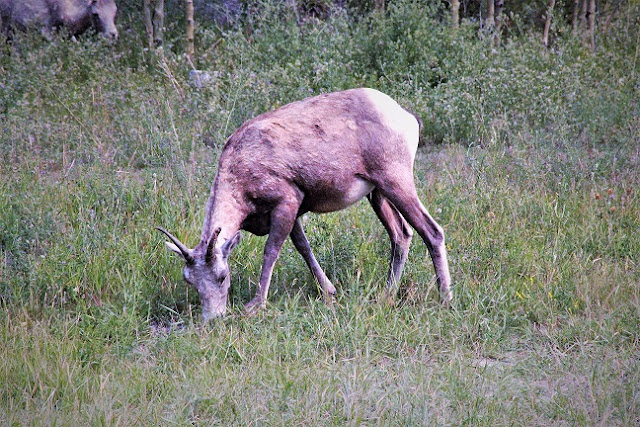 I was invited to an interview exactly after a year of starting this so-called surviving job of mine. I had very low expectations for receiving a call and I didn't! Instead I received an e-mail from their head office in the US for the interview. However it was clear that they had lots of candidates as different time of different days were suggested to me. I coincidentally selected the anniversary date!  The location is just less than 5 minutes drive from where I work now. So it wasn't hard although I went home, changed and came back! I made up a story so I could leave at a good time.  There were two people, a Caucasian woman and an East Indian man. With what's available these days, it's not very hard to find who is what. However I was only able to find about the woman. It was a simple interview with only one technical question being asked by the fella. I knew a little bit about that. So I told him that I didn't know much in detail. The other questions were
Post a Comment
Read more

Won for the Second Consecutive Month 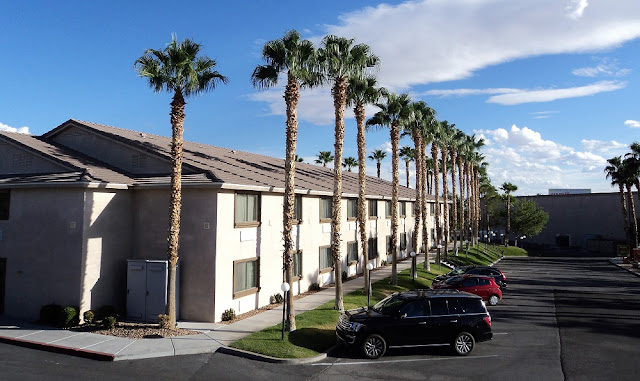 I was in Pahrump , Nevada where I submitted my monthly volunteer work to the organization. I didn't have much hope for winning but it was there, after only a few days, that I realized that I had won! It was a good feeling because I wanted to have a good impression shortly before our seminar. In fact two of the participants pointed at my wins by saying that they had read my name, a few times, as someone who had submitted the most number of items with the highest quality. The thing that these guys don't know is that I have been out of the circle for a quite long time and despite all of my efforts haven't been able to get back. I will write more in the next post about our seminar. (Photo: This is the place I was staying. Pahrump is a small but beautiful unincorporated(!) town which is a perfect spot for staying if you've planned to enjoy some of the best hikes that states of Nevada and California offer. In fact I'm planning to go back next year, if everything goes
Post a Comment
Read more

- October 11, 2018
I received a message from the airliner which caused us all anguish by cancelling the return trip. Although it was very stressful and disturbing, after a nice hike and a few relaxing days, I got to go home by a direct flight, instead of going through Vancouver and also I got to stay one night in a nice hotel and get myself familiar with Las Vegas in case I would go back. I will!  The airliner gave, all of us I assume, a sort of points which we could use for the next trip. While it might not seem much but it's good. I believe that they didn't have to do that because they already have given us a very nice hotel room, meals, etc. It's nice and appreciated and I will use it, hopefully in 2019.
Post a Comment
Read more

Stuck in the Meadow (Las Vegas!) 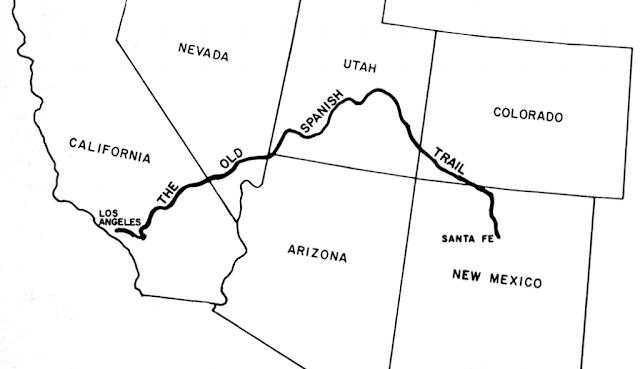 I left Pahrump early enough to make sure that I reach McCarran International on time, especially because I had selected an economy car, which by the way was useless for such a trip, and then I thought there would be issues with returning the car or getting to the gate but really there was no issue at all. I reached Las Vegas without any problem. bought gas, followed the GPS and reached the return center. The Enterprise guy was nice enough to ignore a, probably, few liters that I was low. I then got on the designated shuttle and went to Terminal 3 . That was where the disaster started! The airliner kept postponing the damn flight from 12:30 to 14:30 ! I was so tired as a lack of sleep near Death Valley (!) and had pain in my right ankle and foot, due to lack of hydration and eating cheap, processed food and barely could move. They eventually canceled the damn flight around 15:00 hours, I guess, it was and sent us all back to the ticketing center! Over there I was issued a
Post a Comment
Read more

Las Vegas a Year after the Massacre 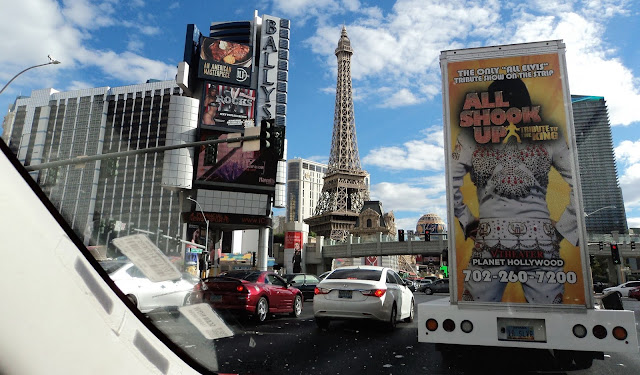 I arrived at Las Vegas one year after the shooting which left many innocent people dead but did not have a chance to visit it until the 4th. I always wondered what it was about Las Vegas that made people to spend hours of their life and thousands of dollars of their money  there. What does gambling have. I finally find out: The city itself, or should be said, the Las Vegas Boulevard , is amazing! I just drove through and all the billboards, hotels, restaurants, statues and everything made me think that I should come back one day and see everything closely and take pictures. Hell's Kitchen and Trump Hotel were amongst the buildings which caught my eyes but there are many more to the city. You could stay at expensive hotels or stay at the cheap ones. You could buy cheap souvenir and eat East Indian food (which is cheap of course!) or dine and wine at Michelin Star restaurants. Considering that State of Nevada offers lots of great hiking and mountain climbing, I will defini
Post a Comment
Read more

- October 06, 2018
I've posted earlier that in this volunteer work of mine I deal with an annoying East Indian who, at times, with his stupid remarks causes anguish. I couldn't remember who he was from the dinner meeting we had 2 years ago but then I realized who he is during a seminar which I will write about it later. I replied to a number of his inappropriate comments until one day, a few weeks ago, I received a message from the manager of this V-Work apologizing for that behaviour, I would say, or the remarks/comments. I told him that I appreciated that while that was not his fault. I didn't want to expand the issue and be, as they say in CFLRS (!), a shit-pump. So I let it go. I saw him, as I mentioned earlier in a seminar and I will write about him in the related post. In a nutshell it was interesting to me that a person, one who is not responsible, apologizes for others comments. My thought is they don't want to lose the people who do free work for them but at the same time that&
Post a Comment
Read more 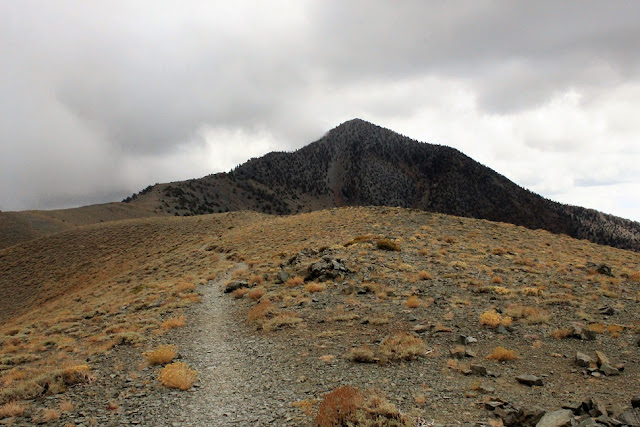 I had Telescope Peak in Death Valley National Park , in California in my list for a very long time and eventually was able to hike it and reach the summit this Oct. . Alphonse (the name has been changed to protect the privacy of the individual), my buddy from university days, who now lives in California joined me in Pahrump the night before our hike. We chatted for a while. It was our fist meeting since 2001 , in the old country although we have been in touch through e-mail and telephone the whole time. I will probably write about him separably but just to say that I didn't want to be hard on him after all these years. So when I asked him when he would have wanted to wake up in the morning for the hike and he answered 06:00, I agreed.  We had our breakfast at the hotel and then headed toward the park. It was hot day, as it's supposed to be in Death Valley and it was a very long drive. However I'm sure it's much better this time of the year. It took us nearly 0
Post a Comment
Read more 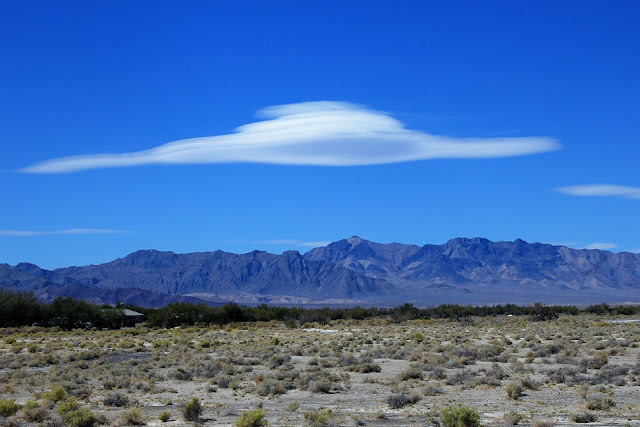 Alphonse  is supposed to join me to do a hike in Death Valley National Park , which by the way has Pahrump as its closest (unincorporated!) town. I was thinking what I should do and after a quick check of Google Maps I decided to go to Ash Meadows National Wildlife Refuge . This place is the true definition of oasis! You're walking in the middle of a desert and sun is shining on you and you're hot and all of a sudden there's a small pond of blue beautiful water, marsh, trees, shrubs, birds, you name it! The beautiful blue water in the middle of desert help the wildlife to survive and at the same time makes the grow of lots of plants possible Of course the earlier during the year, the greener the area but also hotter. According to the visitor center lady, the snow on the top of nearby mountains (there are many around Pahrump both at Nevada and California side) melts and reaches the middle of the desert through underground passages and basically emerges from th
Post a Comment
Read more
More posts