Showing posts from July, 2010
Show All

- July 29, 2010
Hojam left Canada almost 3 years ago to go back to his homeland and start a new life with a little money he had saved here but he's coming back again, seems like it, empty handed and minded! I learnt from his former supervisor/friend that he had bought 1 or 2 properties: One was sold to a few other people at the time and the other one, for construction, a permit was never issued for it. So he decided to re-start his life again, he wrote me in an e-mail, that he was coming back. It's really hard to start a new life here in Canada with no money and education and I doubt that he has either of them but seems like that he doesn't have much choice, poor guy. Hojam is a very nice, helpful and decent guy. He knows a lot about cars and how to fix them but at the same time he's lazy, I think. That's what keeps him back in life, like many other people, including me!
Post a Comment
Read more

- July 28, 2010
I had lost the track of Hodani until a few days ago that I received my e-mail's reply and the new telephone number of his. I eventually called him this morning and tacked to him for about half an hour. I learnt that he had moved to a new place and the reason for that which is worth hearing although might be not very interesting to many but was to me: Hodani has this bad habit of getting drunk and when he's really drunk he either fights with people around him or goes for prostitutes! Seems like a few weeks ago such a thing happened and he picked up a hooker on the street and got busy with her. The only difference was that he had a roommate this time who was very conservative. The woman left and just after a few minutes the pimp appeared in the apartment, according to Hodani , he climbed up the balcony, broke the window and got in. The Caucasian guy demanded money for his woman while Hodani had already paid her. The argument and smashed window led to CPS present at Hodani
Post a Comment
Read more 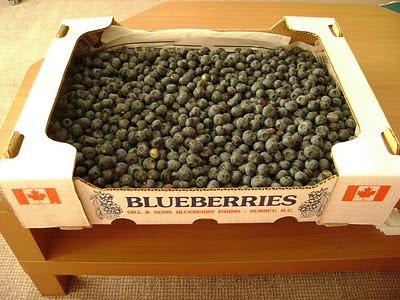 We finally went to a blueberry farm in Surrey yesterday. It was a good experience. We spent almost 50 minutes over there, starting at around 05:50 and picked a little more than 8 Lbs . There farm, in case you want to have fun too, is located in 152 Street where all the farms are on your right when you're driving south. You'll see a sign which reads the title of this post. There must be other farms as well but this is the one we tried and was good. The first few rows of plants are for picking and are specified with signs. I assume they might be of a lower quality although it's not easy to say for a non-expert. There might be other reasons involved. The farm belongs to a Punjabi-Canadian family. The lady whom sounded that she was born here weighted the pint and charged us $1.25 for each pound. I asked her how many more weeks that might be available and her response was as long as a maximum of 2 weeks but added that it depended on the number of people who would visit.
Post a Comment
Read more 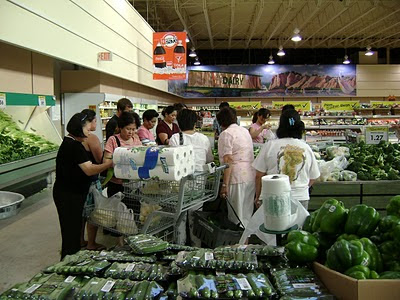 It has been always said that people in Africa continuously have been suffering from hunger because of drought, famine and other reasons as well. But evidently Canada is worse. Just look at the above photo that I took in a supermarket yesterday. It's not Africa (as Oriental people could be seen!). It's not Vietnam , Cambodia or Lao during those years of horrifying war. It's right here in Canada , in a G8 country! The only difference is many of these people you see in the picture make enough money to feed their family and do other stuff, even some of them pay mortgages but since they are born in the environment that always made them to look for cheaper stuff, they can't change themselves. They always go for the cheapest just to fill up the stomach. Doesn't matter what it is. (Photo: People are gathered around in produce section of a supermarket for corns 28 cents each. They kept themselves calm and didn't get in to any brawl to the minute I left
Post a Comment
Read more

- July 22, 2010
I just was given another chance as I messed up the first one . I might be able to write the written exam and do the rest in Aug. but I have to see what F. F. says first, then I have to check with work to see if I can take those days off and then I will probably go. This is probably the last chance I have been given in this business. I also checked with CF recruiting today, almost a month after I had another signature given to them and I was told that there was no problem with that security clearance forms and I should contact them in a month or so. What a progress!
2 comments
Read more

- July 19, 2010
As this website is all about The Other Side of the Globe and everything of the daily life in here, I would like to say here that we went to a Red Lobster in Calgary last week and it was amazing: Neat and clean, quality and prompt service, nice environment, good staff. There's no Red Lobster in B. C. but if you go to other provinces and would like to eat out, don't miss that. It was a bit hard for F. F. to enjoy the meal as she had to struggle with it using a nut cracker. She had a whole lobster. Mine was not that bad. I had two different types of shrimp, lobster tail and crab legs. The point is you have to be an expert get the most of the meat out of the shell and fast before it gets cold. We had no drink, no appetizer and no desert and the food was quite enough which cost close to $70 . That was not my first lobster as I have had it at home with Hodani . I feel more comfortable eating at home. Plus Hodani did all the cooking and preparation. May be that's why it t
Post a Comment
Read more

Predatores: Waste of Money and Time

- July 18, 2010
We watched Predators last week and it was a total disappointment. It was the worst amongst all Predator franchise. There were a group of people with no relationship or connection with other in the past which are thrown on a planet to be hunted by Predators !! The cast are bunch of losers who had not been appeared in a hit movie probably for a long time including Adrian Brody whose his character is nowhere near a warrior. The dialogue is nothing but profanity and the characters get disappeared one by one and very quickly certainly because producers are not willing to spend too much money on the cast! There a few questions which remain unanswered to the end of the movie: 1-Why are the two Predator s fighting against each other instead of hunting the humans!? 2- Why does the lonely guy who wears the Predator camouflage help the human beings first and then tries to kill them? 3- ... I think that's enough writing about this piece of shit. Just make sure you won't waste your time
Post a Comment
Read more

The Best Place On Earth 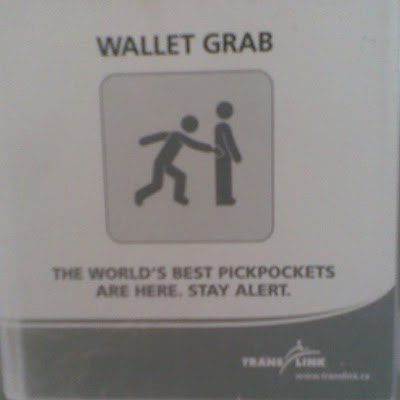 This advertisement on the wall of the new Canada Line train car caught my eyes yesterday on the way home. That's funny but I think it contradicts with what the Government of British Columbia claims: The Best Place On Earth (!) Don't you think so?! (Photo: Translink advertisement in train car from YVR to Bridgeport station)
Post a Comment
Read more 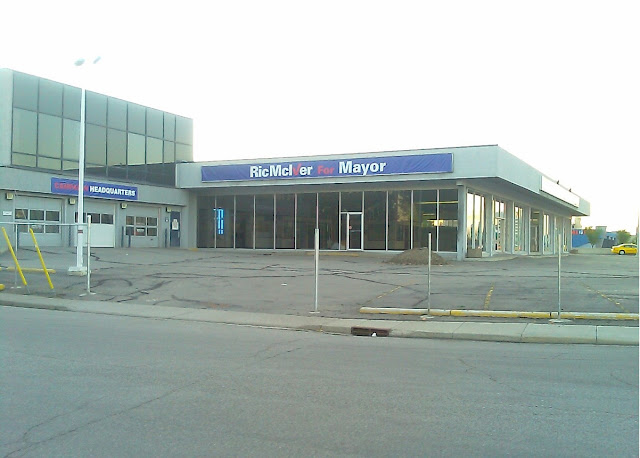 I wander around and also checked the neighbourhoods in Calgary , where I used to live. There were significant changes in the city. The Future Shop on Macleod Trial was gone and instead there was a Co-op. That was where I bought my laptop. The McDonald's across from the street was an abandoned building and fenced around. The big GM dealer, Carter , was completely wiped out. The building and lots around where all empty. It was hard to believe all these changes. I guess it's true that it will take a few years, at least up to 2013 to recover from recession. I think I felt that in Stampede as well. I kind of believe that there were not as many visitors as it used to be although the statistics on TV didn't say that. While there were those negative (in a way) changes in the city there were good ones too: There are new buildings being built including the tallest one in downtown on 6th Ave . We went to Red Lobster and although it was a weekday we had to wait for about 10
Post a Comment
Read more 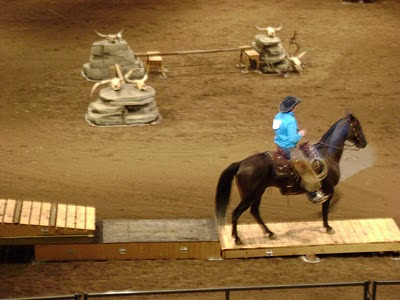 This year I'm here in Calgary in July and I went to Calgary Stampede after 4 years, the longest one ever. We were there at about 10:30 AM and left around 11:00 PM . I was expecting a bigger crowed but it was a Mon., may be that was why. We were cut by a hail storm around 11:30 AM and got soaked! It's usual for this time of the year but looked like that it didn't want to end. We then spent a quite long time in Saddledome watching different Cowboy competitions, including one which was being held for the first time. We also spent some time in Nashville North listening to Country singers and watching drunk guys and gals. I had bought a Flames shirt from Fanatic store and had it on in the there. The Flames fans liked it a lot and appreciated that. Native dance in Indian Village was not as impressing and interesting as the other previous years that I had seen them. They had less number of dancers with less experience and expertise. For example the Hoop Dancer looked
Post a Comment
Read more