Showing posts from April, 2010
Show All

This month that we're goin ' to finish it in a few hours has not been a good month in terms of work out and exercises. I was uncomfortable with my heart for a bit and then I had this Gout attack and then one of my tooth had to be removed. So it was very unproductive and disappointing. I only had 5 days of running practice, basically Cooper Test exercise which is depicted in the above table. There was no work-out, no swimming or Tennis at all. So I have to make it up to me in May. (Photo: This is the type of table that I'm goin ' to make for my running exercises. Every detail should be mentioned and of course it should be done outside on a track as long as possible not on a treadmill )
Post a Comment
Read more

- April 25, 2010
I received this shocking letter from pirates of ICBC about 3 weeks ago, reading " The superintendent of driving has decided to cancel your driver's licence ... bela bela bela ! " I realized that they had sent me a medical examination form asking me to see a doctor, having it filled out and mail it back to them but I had forgotten. They then had decided to cancel my class 4 Driver's Licence. I first ignored that. The letter also says that the cancellation takes place immediately after I receive the notice or 14 days of the date of the letter. I simply said that I would keep my licence as long as I can suggesting that I had never received the letter! Then it came the day that SBCTAPS wanted a copy of my Driver's Licence! Oops! I said that I was not able to send a copy of mt canceled licence. So I went and paid a $31 and had an interim class 5 until the time that I attend my medical examination and get my class 4 back. Just a few day after that I had a min
Post a Comment
Read more 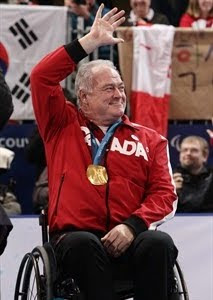 The recent Olympic was a total failure and a shame for not only the City of Vancouver but also the Province of Brit"SHIT" Columbia and the country itself. While the country is struggling with so many issues, it's absolutely mindless to spend millions of dollars on Olympics just to sing stupid songs, shout meaningless slogans and gain fake medals. But what can we do? We live in a country which is called democracy but money has the first and last word in everything. The politicians make laws of their best interests and you have to obey or ousted! They enjoy 3-digit thousands salaries, go to Hawaii and get drunk and you have to spend hours and hours to earn money as much as it feeds you to have enough energy to work the days after. Now speaking of the Olympics and all those fake medals that Canada stole from other nation's athletes we encounter this fucking pig who won a gold in Paralympics in curling and now is in custody for smuggling counterfeited pills fro
Post a Comment
Read more

- April 20, 2010
I just received this letter from the RCMP recruiting after almost a month, indicating that I had passed the RPAT exam but if I'm not selected a year from the date of the letter, I should consider my application closed and I might re-apply. I got 3.59 out of 5 which is obviously better than the last time but not good enough to go to the academy quickly, I assume. I don't think there's a chance due to the number of applications and younger candidate.
Post a Comment
Read more

The Clash of The Titans 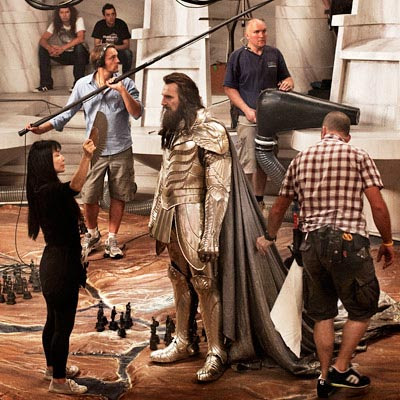 We had the time for Clash of the Titans , its 3D version eventually today and I must say it was a waste of time and money. The story is obviously from ancient Greek which doesn't really mean anything and has no message, the acting was below average because it was mostly walking, talking or fighting, which you do not have to be very special to do those as mostly are done by special effects and nothing else I can say. The 3D version which was the main reason we wanted to see the movie was not as good as the previous ones we had tried. In a nutshell if you want to have a good time, try something else! (Photo: Liam Neeson as Zeus on the set of the movie. He was amazing in K-19 which I bought and watched last year)
Post a Comment
Read more

Another Waste of Taxpeyers' Money

- April 02, 2010
The RCMP finally apologized to Robert Dziekanski 's mother but looking at the statement clearly shows that the RCMP didn't apologize for killing the guy. The apology is for him not having the chance for a better life in Canada . Here it says: We are deeply sorry that he did not have that opportunity(!). But what shuts the woman's mouth is not this lame statement. it's a big chunk of money given to her, the money that me, you and all working class citizen have paid as tax. This actually is not the first time that the Government is being generous and won't be the last time until there's a fundamental change in immigration regulation. That piece of crap, Arar , is another example who has every day's party with his friends while people have to struggle with their daily life.
2 comments
Read more
More posts