Showing posts from March, 2019
Show All

- March 10, 2019
I've been sitting here on my butt in nasty disgusting Lester B. Pearson International Airport , (not the person himself) of the most disgusting city in North America , Toronto , for the past hour, for my flight to Pierre E. Trudeau International Airport in Montreal but even the WestJet people don't know what the hell is going on! There's no plane and the nasty disgusting weather of Toronto is probably worst than ever. I don't know how people can live in this dump!  I haven't eaten anything for lunch. All you see in this disgusting shit-hole is Tim Horton , which by the way looking at its items makes me want to vomit and the stupid Booster Juice ! The funny thing about these airport stores is not their price (which by the way is twice as much as everywhere else) it's the fact that there's no price tag! So basically they can shove whatever garbage they have all the way up the customers' ass! I know there're many who like it! People here don'
Post a Comment
Read more

- March 10, 2019
I'm going to fly to Quebec in less than a 2 hours for the second time in the past two years with the hope that I get the new job. However this is, without a doubt, the worst time that someone could fly! The weather is miserable. The Daylight Saving started just today and my flight is very early in the morning! In fact I don't know how but I messed up the timing and I'm in YYC one hours early!  My only issue was my car. In a meeting with the as*hole bastard, cheapskate, The Mumbling Guy , two weeks ago, he said I could park my car next to his home. When I e-mailed him on Thu. and repeated my request, he didn't respond. So I will have a good punishment for him planned and executed later. Then The Brave called me yesterday after the exam he had written, based on our previous conversation. I met him then at his place and we went and met The King ! I paid for the supper, although he didn't much because he had eaten at home(!) and that was because he let me to
Post a Comment
Read more

The Most Beautiful Work Experience Ever 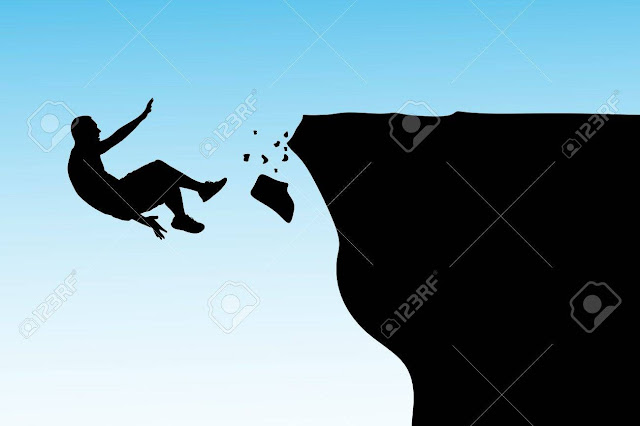 Four people have been asked to leave and one has left on his own decision since I started this job a little more than 15 months ago. However the most beautiful happened today! So beautiful that I still when think of it cannot stop smiling. Not to mention I laughed really loudly when I was at work! But what happened? The Farm Boy got himself in such a big trouble that got canned! The first four, first(!): The first one was a retard, and I'm not being rude or disrespectful, he truly was a retard, who had difficulty performing the simplest assigned task. It was known from the second day but the supervisor decided to keep him on perhaps because he was a Caucasian fella! He was there until he really proved himself as a slow, moron! He even refrained from making telephone calls to service providers by simply stating that he was not comfortable doing that! The interesting thing was that the guy was married and would receive job offers through telephone calls regularly! It's
Post a Comment
Read more 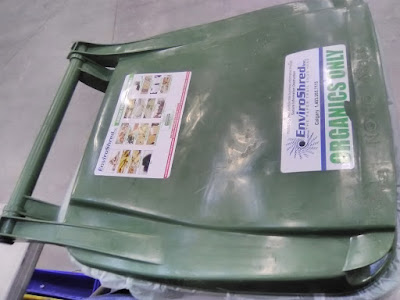 These days if you drive around the City of Calgary you'll see fancy things that you can't see in any major city almost anywhere else. Bus stops are now confined with glass walls and some of them have electrical heaters, framed painting(!) and florescent light! At some of them you can also see an electronic board which constantly advertises products and services. I don't know if it also shows the route schedule or not because I don't use public transport. I just drive by. This, in every which way, is nothing but wasting the public funds and wasting the city's budget. How many people on average use these but stops every day? Everyone tends to drive because while the traffic could at times be bad, it's much better than bus and train that you have to ride them with every nutcase, hobo, drunkard and drug addict. I remember The Mumbling Guy who lives in deep south city and worked, at the time, in Downtown , used to ride the train and bus. He then bought a used
Post a Comment
Read more 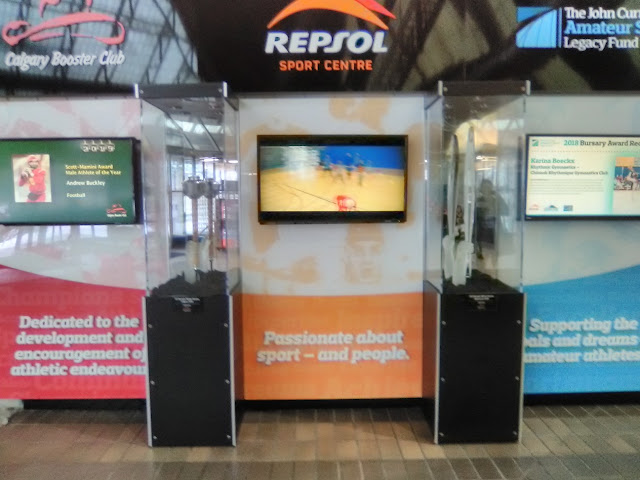 I woke up yesterday  morning and the first thing I did was checking the weather as I had heard that it would be very cold. Environment Canada showed -30 ℃ ( -22 ℉ ) without windchill! I was so tired as I had worked out after work on Thu. and I think it was a very bad idea. I spent the rest of the day at home except for a minute in the afternoon that I took garbage out. It was then a little warmer, -20 ℃ ( -4 ℉ ) without windchill and -29 ℃ ( -20.2  ℉ ) with windchill.  Today though it was a bit better so I'm not even going to mention the temperature because we know that the cold would not be much different. However after a coffee in a McDonald's I went to Repsol for a little exercise. I used to go to this place when it was called Talisman  years ago. Now I guess Talisman Energy , one of the main sponsors and contributors has pulled out and they have changed the name to Repsol . The exercise was not bad regardless of the fact that I cannot work out even compare to how
Post a Comment
Read more
More posts