Showing posts from July, 2013
Show All

Fucked up in Calgary 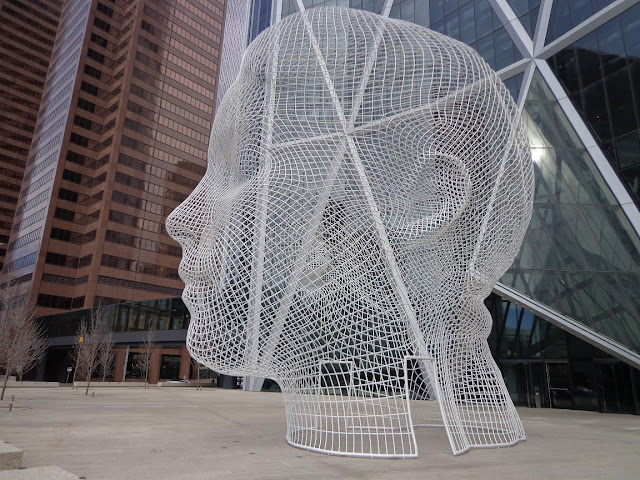 I once had a post about how desperate and clueless I was in Brit"SHIT" Columbia . Now I am almost in the same situation with only a mere difference and this time in Calgary . If this job of mine for whatever reason ends, I have no idea how long it will take to get another one. The recent interview that I was optimist about didn't get me anything, I was informed after three weeks. I only had the chance to apply for another one ever since and there is not a big possibility to get that. So for sure Calgary could be as shitty as Coquitlam and the entire province of Brit"SHIT" Columbia , the province that the British has shit on it in a way that it smells even more than 140 years . And truly speaking if you read the history of this province and the current situation of it, you'll see it has absolutely nothing! But I"m not going to discuss that here because or center of focus tonight is Calgary and maybe later Alberta .  Alberta has been known for
Post a Comment
Read more

- July 30, 2013
I was once rented an apartment in Guildford neighbourhood of Surrey , most probably one of the nastiest dumps in Canada , after some known neighbourhood in Toronto which is occupied by Black s, mostly the ghettos. I was not aware how bad it was when I showed up and filled out the application form. I was given the apartment and I moved in. I was all by myself, no friend, no buddy, not even a soul to help me with the few stuff I had. The tenants of that fucked up dump mostly consisted of Arab s, African Black s, a Afghan family I can remember, drunk low-income Caucasian s, some Oriental s and it was a total mixture of shit, vomit and diarrhea!  The entire place consisted of I guess 4 buildings each 4 floors, and I was lucky that no one was living above my head! The building manager was struggling with different problems and once they were gone and this new guy camel Paul . He was a short Caucasian guy who probably had never been in a dump-shit like this before and came as a little
Post a Comment
Read more 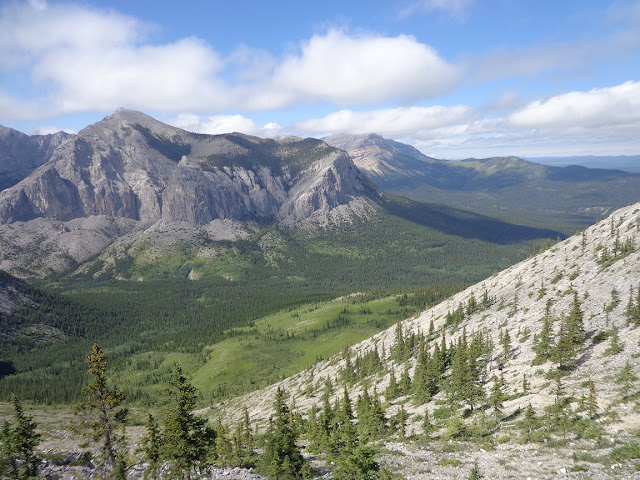 T he Chef  contacted me a few months ago and asked me to plan for a hike. I did a search on the net and came up with a little program in Bow Valley Provincial Park to hike Mountain Yamnuska . Every information is available on the net but I would like to add my own experience here in case someone finds it useful.  We were in the parking lot off Highway 1A where you have to start the hike at about 12:20! It would have been nicer, if we had started earlier. However we had one advantage that is highly recommended: We started in a light mixture of rain and hail which to me is much acceptable compare to a hike in a hot sunny day. The trail are so beautiful and full of wild flowers but the point is not to get lost. We were almost fine for most of the trip but on the way to the first pick and that was were we ended out trip, where the route just got rocky we had difficulty finding the way and consumed excessive energy to get up. I simply looked at one individual going up and followed hi
Post a Comment
Read more 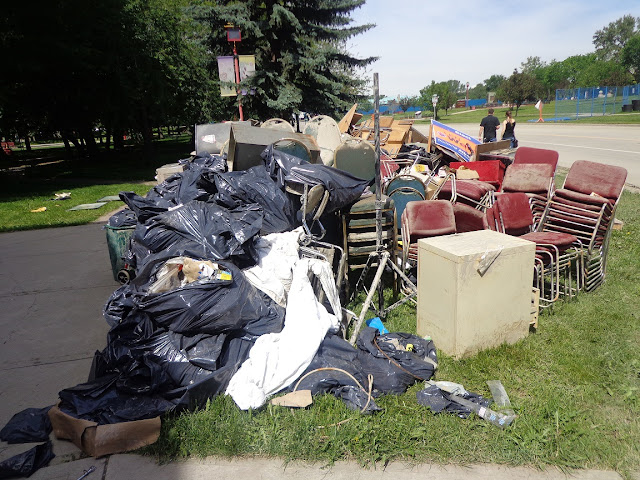 There are still arguments and allegations more than one month after the flood in Calgary and it will be much longer in High River , I am sure. The thing I like about the Government 's, and I think it is the Provincial Government , handling this disaster is the way they paid people to compensate for their losses. The Government did not issue cheques to the claimants. They gave them Debit Card s(!) which is absolutely smart. Considering there are lots of crooks out there, especially among young Canadian s, teenagers, university, college and high school, who are desperately looking for such easy cash to spend it on booze and weed, go to the bars and nightclubs at 06:00 PM, coming out totally wasted at 04:00 AM the next day, it should be a total disappointment for them. Now with this so called Debit Card whatever they spend will be shown on the statement and there is no chance in hell to have fun with it! (Photo: A familiar scene in Calgary in flood days. Everything is now al
Post a Comment
Read more 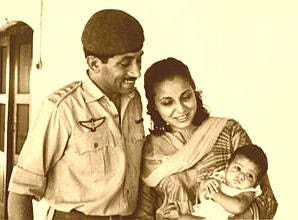 Many in the West do not know who Pervez Musharraf is, even in the East . I first came to know him in 1999 when he took the power after a coup in Pakistan. It was the headline of the papers in the old country and I clearly remember a photo showing his soldiers climbing up the presidential palace, probably in Islam-Abad. But what does this have to do with The Other Side of the Globe , here? A few years back when I was resided in British Columbia there was this vegetable store in 100th Ave. , Surrey where we used to visit often to get fresh vegetables and fruits. Once I picked up a East Indian or some called South Asian magazine and in there I saw an advertisement about Pervez Musharraf 's speech somewhere in Surrey which you could only go by invitation. I was no dying to go but was just curious to see what he had to say. I didn't know how had left the power, was he ousted out like his successor or he had resigned. I don't even know to this date but I know he used
Post a Comment
Read more 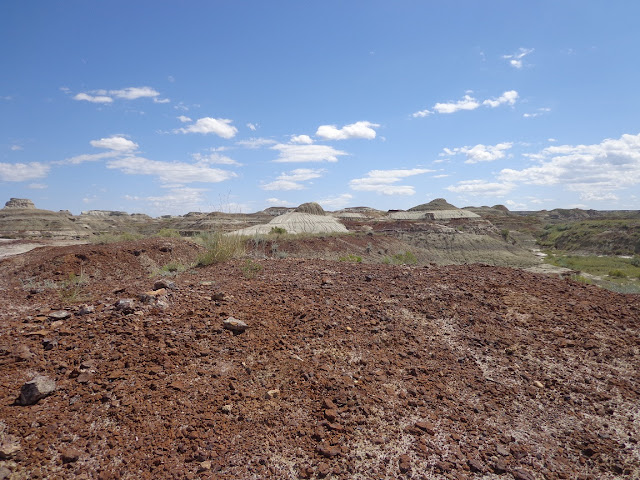 There had been places in Canada that I wanted to go and Dinosaur Park was one of them until yesterday that I eventually went. Dinosaur Park is an interesting place to see but it could be a bit tiring if you make it a one day trip like we did. There is a camping place but I'm not a big fan of it with people coming and going and making noise and insects sticking to you all the time! Not to mention the luxury of bathrooms! In my view for someone to make the best of this trip is staying overnight in Brooks which is the closest town. We also saw a B&B at the corner of Highway 36 and Road 544 which could be a better place because you do not have to travel long. Anyways Dinosaur Park is at a road which is dead-end! All around that area is cattle farms and miles and miles of grain fields. If you have a G. P. S. that would definitely help. If you don't make sure you write down everything from a map or you take one because there are not many signs until you really get c
Post a Comment
Read more

The Second Interview of 2013

- July 05, 2013
I had an interview last week with a Client company. Two people interviewed me, obviously one from H. R. and one from the related department that I would have reported to. It was a sort of interview that the questions are shared between the two and they both take notes for each one. I was confident and made a good start but although the other one most of the time confirming(!) my answers I kind of lost it in the middle and then grabbed a hold later. They seemed not to be impressed but the fella said that he would be in touch and the H. R. person gave me the business card of herself. These are not bad signs but if I was the person of interest, I should have been contacted by know, although I know big companies like this are slow and sceptical in their hiring process.  I had the same situation a few years back when the interviewer took me to H. R. department after the interview and introduced me to her asking to explain the benefit package to me. There is no doubt in my mind that
Post a Comment
Read more 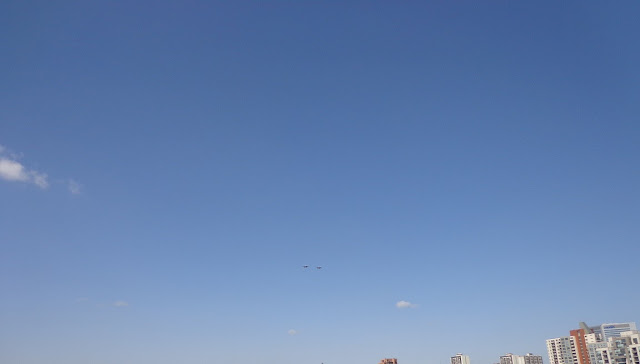 This year July the 1st was hot as hell. For that matter we stayed the hell out of streets and were indoor most of the day and late evening.  In the morning we heard choppers circling around the town in low altitude but then in a few hours something like a thunder was heard. With the sky all clear and high temperature I knew it was not mother's nature so I got my camera handy and when the R. C. A. F. jets appeared in the sky and roared over our head I got a snap shot. The closest Canadian Air Force Base is located in Cold Lake which is around 600 KM north east side of Calgary . If we assume they had been  CF-18 Jets, they would have been landed there in their base in less than 20 min. from the time that I pushed the shutter! Cold Lake is where I wanted to go last year for this ultimate race called Race the Base , a competition between the fighter jets and fast cars like Lamborghini and so on but couldn't. I'm just hoping the same event is happening this year
Post a Comment
Read more 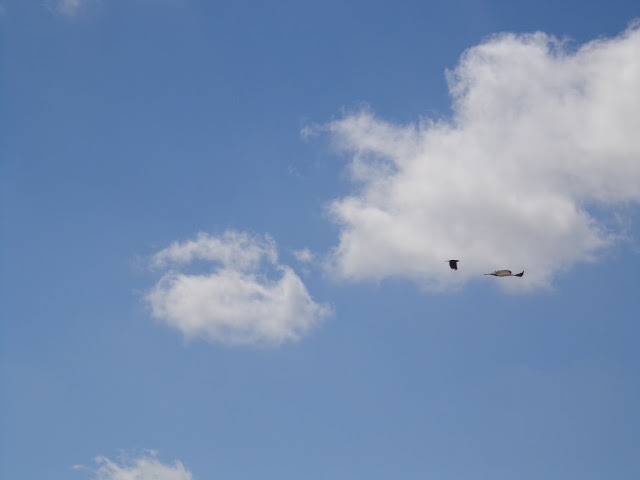 There are thousands of lakes across Canada and each have names. Some of the names are given by the Native people, some by the European settlers. Many of them have no connection by the name given to them! I once was told that Ontario in fact is a Native word meaning the Land of Sparkling and Shining Water ! That could be true. The name is used for Lake Ontario as well you know. Anyways We went to this lake in the east side of Calgary just after Town of Strathmore yesterday, called Eagle Lake . While on the road to the lake we saw a big bird similar to an Eagle sitting on the fence with a corpse of a little animal in its claws! We distributed the poor bird and didn't let him have its snack. So it flew away and sat somewhere else. So was that really an Eagle ? I couldn't tell because all of the Eagle s I've seen so far either in the Zoo s or in Squamish had white head. But I'm no biologist.  So got to the lake and then drove by the lake and apparently ther
Post a Comment
Read more
More posts