Showing posts from June, 2012
Show All

Workplace Stories (2): The Mumbling Guy and the Back Up 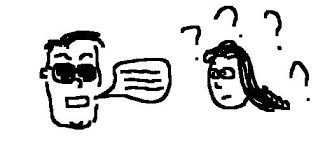 There was a meeting today at work and I and my partner from our department and the person who was technically responsible for the item, as well as another one, all participated. The last one was a sort of backup for the technical guy; a kind of mentor.  At the other side, the supplier and his team had been lined up. And one representative from the Client . We sat and listened and talked a bit. At the end a sort of argument broke out between The Backup and my buddy, who's named The Mumbling Guy . Why I am calling him the Mumbling Guy is actually because it is very hard for him to speak  English and has very bad grammar and silly accent. The Backup started on him and called the meeting a waste of time, which it really was but I didn't care because I was being paid! The most important part of the meeting actually was the question that I asked and had no answer! The Client 's representative tried to throw the ball in our court and we passed it back to him! Eventually
Post a Comment
Read more 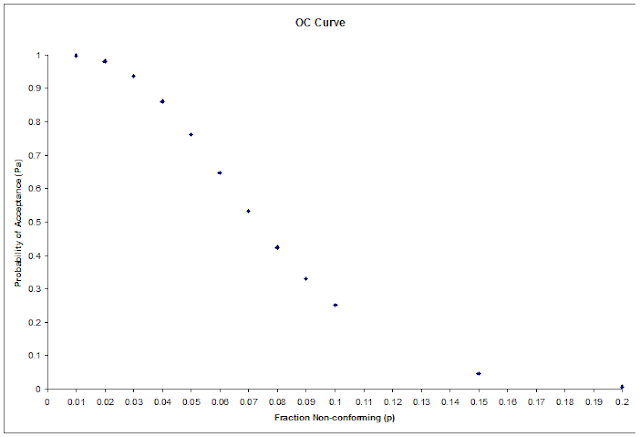 I had been struggling with MS Excel to plot a damn OC Curve for about a week, until now. After spending considerable amount of time I realized that I should not choose a Line Chart but a Scatter Chart . I am not plotting a Scatter Chart but this is as close as you can get. If anybody knows a better way, please let me know but the issue with selecting the Line Chart is that MS Excel draws two curves separately while the Scatter Charts correlate the two based on its definition and shows what we need. The only issues remaining is that the result is not a curve! It's a series of dots coming together and if you try to apply a Trend Line that really does not work because none of then have been actually are designed for this purpose. I guess the only software which could actually draw an OC Curve would be Minitab . I had an old copy from early 2000(!) which I used to use in the old country and brought it here. Have no idea where it is now. The newer versions must hav
Post a Comment
Read more

The Problem with the Law in Every Level 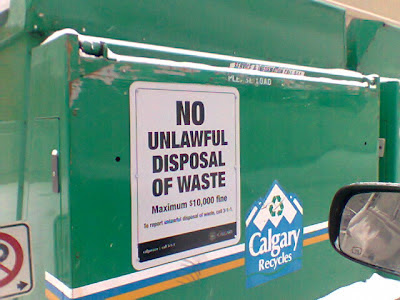 It is always good to have a law, statute, code, by-law or whatever you like to call it but what is the point of having that if there is no enforcement? In North America there is always one of the above and the system is dynamic. It is very good but at time there is no control, no enforcement and that is due to lack of budget and lack of personnel. The CPS has grown significantly in the past 5 years, I would say and their enforcement capacity is good but at times they talk about lay offs. There was this huge facility in NE Calgary belonged to Nortel Networks which is now a CPS office and yard. There is the other one, smaller in Chinook Centre and one new behind the Stampede grounds. Why would you spend so much money and then decide to get rid of them later? Isn't there anything called planing? The Peace Officers that these days are seen mostly in Downtown core and at times in another LRT stations did not exist the way they do now a few years ago. Seem to be good enforce
Post a Comment
Read more

Stories of the Greatest Place to Work

- June 23, 2012
Today I decided to tell the stories of my work place. I am sure that there will be plenty to share but not sure if all of them worth writing. I start with a few short ones: 1- There was one person hired for off-shore activities. The guy was sent there, accompanied with a supervisor, introduced to everyone and stayed there for a few days. Then left for his first few days off. On returning, he showed up drunk at the airport and they did not let him abroad. The Client then banned him from entering the facilities permanently! 2- There's this guy who appears to be a Scheduler. There was once a Project meeting and he was amongst a few who had not been invited! I really don't know what kind of experience and education this asshole has which does not give him the impression that he needs a Scheduler for his plans. The funny thing is the guy wanted to quit a few months back but the company revised his offer, most likely better salary and kept him! When a contractor sends its sch
Post a Comment
Read more

Promethous: Not as Good as Expected 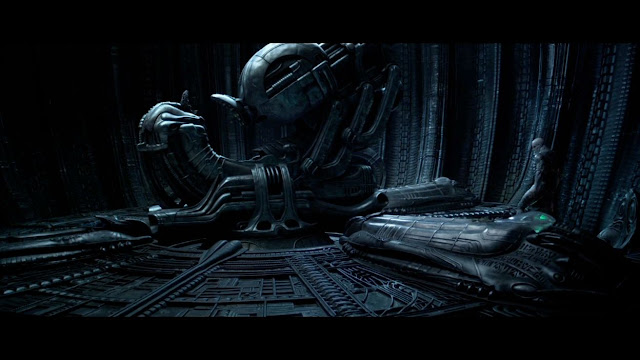 It had been over a month that I, like everyone else, wanted this new movie of Ridley Scott , Prometheus . It was quite disappointing. I chose IMAX 3D theatre because I wanted to enjoy the long awaiting movie. The experience was good but the movie's story ruined the experience. Basically a ship lands on a planet and the crew go out to search and they are unarmed. They got caught by an unknown very dangerous unbeatable creature and die one after another and again there is one survivor who apparently are going to be to the sequel(!) and she is not Ellen Ripley played by Sigourney Weaver this time! Come on Scott ! This is exactly Alien screenplay with a little twist and the difference movie has with it's 1979 version is better visual effects, more advanced spaceship and loner surviving creature! Is that what Scott wanted to have? I guess if he wanted to show how Alien was evolved, then he has done well because the killing machine in this movie is different from Alien
Post a Comment
Read more

Miami in the 2nd Consecutive Battle 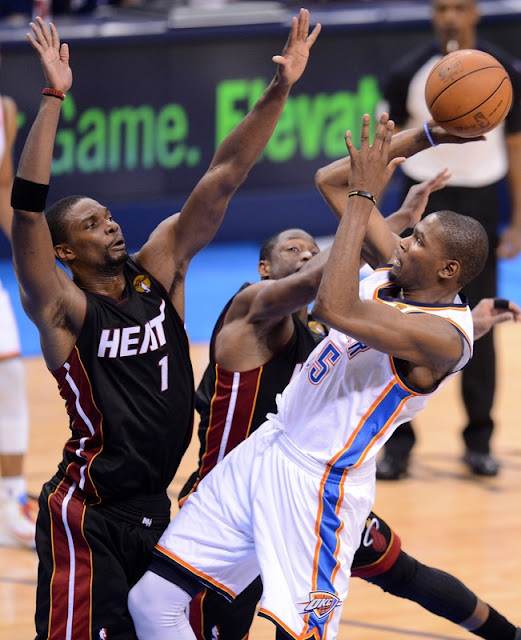 Miami is in the Finals again for the second consecutive year. They lost to Dallas last year and now are facing Oklahoma City . It was a great game yesterday in Thunder 's home and the Heat tied the series 1-1. Chris Bosh 's return was a great help. The Heat had a good lead during the game but the Thunder reduced it to 3. The final score was 100-96 . One of the commentators sounded like he wanted the Thunder win and knowing how hard it is to win a game in the opponents field, he also sounded a bit surprised that the Heat had the lead for all of the game. (Photo: Chris Bosh, left who used to play for Raptors two seasons back returned to game 1 after missing 9 game due to an injury. His efforts helped Heat to pass Thunders last night)
Post a Comment
Read more 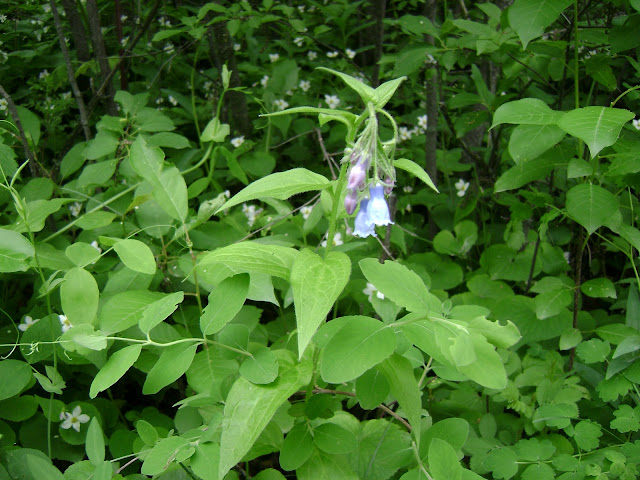 We wanted to go for a little walk with F. D. (He's here but no point to say how he arrived, long story) so I wondered where to go. I parked close to an overpass which goes over Memorial Dr. and lands on Bow River Trial , the north bank and we walked. Then we crossed the river and turned right. I remembered that years ago I had taken that path so we entered but then I realized a gravel path which goes up and decided to take that: The Quarry Road Trial . Apparently it had been a quarry long time ago, long enough that sandstone used to be extracted enough from there to build the government building in Regina in 1885 . The little sign by the City of Calgary does not say if the building was made for the Federal Government or a local one but since it mentions the year and it is shortly after the Confederation , I assume it was for the Federal Government . Another question is why out of everywhere on Earth this quarry should be used to carry sandstone all the way to Saskatchewan
Post a Comment
Read more 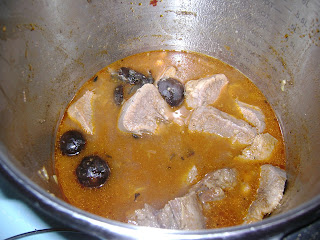 Tongue is a common meat in the old country but not here in the West although they love meat. But we were not surprised when we saw pork and cow tongue in T&T Supermarket yesterday because we that Chinese eat everything from tail to head and from any kind of mammal! Just kidding. Anyway we got a small pack of cow tongue and with the help of Curtis Stone Pressure Cooker and The Lady  recipe turned it to a wonderful and incredible Cow Tongue Meal . Here is the ingredient in case you want to try: 1- Cow Tongue, cleaned and fat taken off, as much as you like but consider your pressure cookers capacity. You do not have to take the skin off. 2- Check Pea, as much as you like but again consider your pressure cookers capacity. No need to soak them in water. 3- Dried Lemon or its powder.  The Lady  used three and made holes on them using a fork. It all depends how sour you like your meal. Rather than that Dried Lemon gives incredible aroma to the whole meal. 4- Salt, P
Post a Comment
Read more 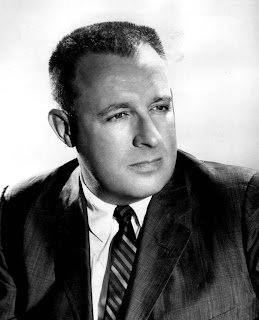 I have vague memories of Fahrenheit 451 when first it was shown on IRIB many years ago, perhaps more than 25 years ! the movie which is based on Ray Bradbury 's story with the same name was made in 1966 by the great French director, the late Francois Truffaut . Then once I rented it from a Rogers Video store, which has been turned to a restaurant called Cibo here in Canada in 2004 or 2005 back to the time I used to live with The Microbe . I did not get a good chance to watch the movie really well although I had it rented for a week. Ray left this world two days ago after 91 years of living. His another story which the movie A Sound of Thunder is based on, is amazing as well although the movie did not attract many people's and cretics' attention. I checked HMV and realized that Fahrenheit 451 was available. I should add that to my collection and watch it again but I might check other sites as well to see if I can get a better deal on this movie. (Photo: B
Post a Comment
Read more I never liked this Sacha Baron Cohen, the British fellow. I had never seen any movies of him but the things that I had heard about him, about his movies, always prevented me from watching his movies. Eventually I said let's try this one, The Dictator, because I realized it was based on a fictitious character similar to Ghaddafi . We caught it last night. It was OK and we got good laughs but that did not change my opinion about him. I had heard how disrespectful he was toward women. This movie actually approved that. It has bad jokes about women which not only they are not funny, but they are rude, tasteless and ridiculous. At the same time the movie makes fun of Arabs and their stupid cultures as well as democracy and its meaning in West . These are the good parts. The movie states that democracy in a way is giving power to multinational greedy companies enough power to go to a country like Kuwait , Iraq or Lydia and start taking their natural national resources. It
Post a Comment
Read more 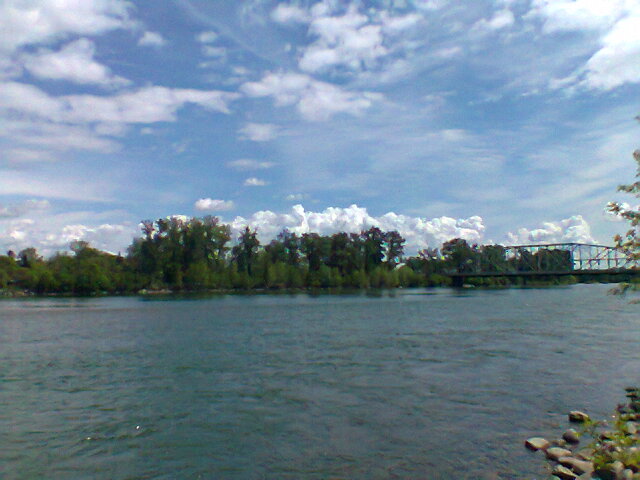 This east side of Bow Path or Bow River Path in Ingelwood is a nice and beautiful part. Although it has it's own customers but normally less crowded compare to Downtown . I had a run today over there and it was beautiful although after a few minutes you van hear Deerfoot ! (Photo: The bridge connects Ingelwood to first the Zoo and then Memorial Drive. Unfortunately I did not have my camera on me and used my mobile phone)
Post a Comment
Read more
More posts