Showing posts from August, 2010
Show All

- August 31, 2010
I regret my life and the wrongdoings in the past few years. I should have worked and studied harder I think. Then I would be in a better situation now. I don't know may be not because there are people who had better situation that I did and they are in shit as well. But the part I regret is hanging out with my buddies. I wish I still had that opportunity. This could mean nothing to many but is very amusing to me. P. M . called me one night and said he wanted to watch a movie and named it as The Grudge . I told him that I did not know anything about that and also did not find it in movie listing. He said that it was showing in discount type of theatres now. I'm not sure about Brit"SHIT" Columbia but in Calgary there is (or may be was!) a theatre in NE part of the town that you could watch one week or longer movies in a small theatre with the almost same quality. So P. M. (not the Prime Minister ) wanted to see me there. I looked at the address at the time and
Post a Comment
Read more

- August 25, 2010
Have you heard that song Bad Day by Daniel Powter ? I had listened to it several times until today that I really had a bad day myself! I don't know if it was as bad as the one he describes in his song or was worse! Not that the other days are good! I'm still stuck to the crappy job after almost 2 years (It will be this Sep.) and receive shit on daily basis! So today the shit was completed(!): I got a warning! It means that I will be in a 90 days probation period and if anything happens I will be terminated! The contract itself will be expired in 4 months ! just a month after the probation period and we don't know if it could be extended! I left the office after signing the sheet as an acceptance of the warning and went to get the car. I was about to leave the parking lot when a gentleman told me that I had a flat tire! I don't know why I had not noticed! I looked at the panel and a sign showed the flat tire but it was too bright and hot (almost 30 degrees centigr
Post a Comment
Read more

- August 18, 2010
My time here's up as I failed the interview but I'd like to mention my experience of staying with D. H. 's family. I spent my first night at D. H. 's. It was him and his two sons, one of 'em an autistic boy. It's Ramadan now so for religious people like him fasting is a must. The poor kid was fasting too and he barely could walk! Fasting prevents you to do many things especially in the afternoon. The body is not able to function because of lack of food and water. Anyways He wanted to make something ready for their feast, I would say! He asked me how many chickens were needed and asked me to help him with cutting the chickens. He started preparing the gravy by mixing different types of herbs and tastes. When it was the eating time late in the evening around 22:00 hours or later the kid was dead! Then they started eating and that disgusted me! They were eating using their hands just like monkeys and of course they never washed their hands not even when he wa
Post a Comment
Read more

- August 16, 2010
I went to Talisman yesterday to do a little exercises while I knew that they were working on its roof. Discussions about the necessity of a new roof for the complex was started in 2006 and earlier. So I went inside and started talking to the receptionist guy who said that he recognized me coming to do the exercises regularly! I remembered him too but wasn't expecting him to say so. I remember eyes were on me every time I would go there. I was amongst a few non- Caucasian . That's how remembers me! Anyways he said the track, the main reason for me being there, was closed due to construction and would be opened in Jan. 2011 ! When I asked him about the daily admission he mentioned a $12 and few cents! I was taken aback! I paid that much though and spent about an hour in there doing a few pushes and pulls but it definitely not worth it.
Post a Comment
Read more 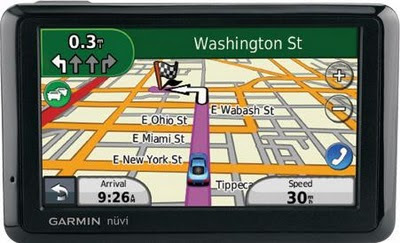 I was surprised when The Chef told me that he drives back and forth to work. I remember the story he told me about his training session with a driving school trainer three years ago. This must be new. When I saw his car that was not exactly what I was expecting but was close enough: A 1988 Nissan Pulsar NX with several dents and scratches on the body and nice cracks on the windshield. The fuel gauge is not working! He said when the fuel level is low, then a light starts flashing! So when we wanted to get my stuff from The Brave 's, I bought $10 gas before the start of the trip just to be sure. The good thing about this car is it's GPS ! When he told me that he had one, I barely believed him but then he showed me that and said it was not working. I realized that the system was switched off! So I turned it on, feed it the destination and it worked perfectly. He said that he had paid some $128 for that. May be I get one! But overall I don't like it because it makes yo
Post a Comment
Read more

- August 15, 2010
I eventually passed the two exams yesterday with the skin of my teeth. I felt that I did better than the time before and was confident that I would pass if not with flying colours at least with a good score. But didn't happen. The important thing is that I passed it and it will be valid for the next 5 years . Not that I want to keep it untouched for that long! Then I attended an orientation meeting for my physical examination. It was a good one. I think I'll be fine If I get enough rest before the exam. Overall it won't be an easy one but I will try my best.
Post a Comment
Read more

- August 12, 2010
I remember a while ago the supervisor told S. T. that he could have had a permanent job there. That was a good news for him because he had just bought a condo and was really looking for a steady job that he could rely on. S. T. was asked to leave early this year by the supervisor as a result of poor performance! He was transferred to another job then got kicked out of that one as well after a few once. None of us ever knew what happened but I assume it was the same crap!Now the supervisor is gone himself! He was alleged of several misconducts including harassment. It was unbelievable to me when I was sitting with the other guys in a meeting room. There was somebody from the head office who had a thick file in front of him reading Confidential on the top! He told us all the allegations have been taken into consideration and the supervisor has been suspended. Then he wanted our opinion. I was sitting with wide open eyes hearing that people were saying they wouldn't be working if
Post a Comment
Read more
More posts