Showing posts from May, 2015
Show All

- May 31, 2015
When I first started running and jogging back a few years ago, after the break I had of course, I set my goal for 20 minutes. Depending on the day I ran and time, as well, sometimes it was easy and at times difficult to do.  Today was the second day that I increased the length from 20 minutes to 30 . It was not really easy but I did it. But running for 30 min. does not prove anything. How fast you're running that 30 min. and how far you run is important. of course I don't want to push myself too hard because I'm 25 anymore but I've seen old people here running like a machine without even panting!  According to the data saved by Fitbit (which I have problems with a will probably post them later) I ran 2.16 Km between the hours of 09:45 to 10:00 today. It makes my speed at 8.64 Km/h (Don't laugh!). There are lots of talk about the average speed, what is jogging and when it would turn to running. I think I will have to leave them for later but what I also have t
Post a Comment
Read more

- May 27, 2015
I applied for a position last Fri. This was the first one in the past 15 months . The answer was quick and simple and I received it yesterday: At this time they preferred to go with other applicants.  The qualifications was a match for me and I didn't even have to change much. I was not very hopeful but was not really disappointed when I sent it either but I got disappointed when I received the regret letter! The good thing about the position was that it was at a site and while it might not seem very appealing to me, I would have had the opportunity to learn, had I been given the chance to join. I even might have been able to get my certificate credited. But it's gone now and I have to move on. I don't know for how long the job was but I was hoping to get out of this nuthouse. I guess I will have to try harder.
Post a Comment
Read more

- May 23, 2015
I went for a walk and run today to Nose Creek Pathway around Bridgeland . That's where I started and walked up all the way to 32 Ave. It was sunny with no cloud and wind at all but it was fortunately not very hot. The area is now very beautiful. Wildflowers, grass, trees and birds singing and flying around makes it a perfect place for a morning walk and run. It's so beautiful that Deerfoot 's traffic doesn't bother.  I ran back for 20 min. just to see if my back muscle has become better or not. I feel much better but it's not healed completely. The only regret I have for today's exercise is that I had forgotten to take my camera. While I was on the trail, first I saw a couple of flightless bird which looked like Grouse to me. Then further down there was a Deer in the trees watching me passing by! It was hard to believe that it was there but I saw it and I had seen other similar or dissimilar animals previously. Then I kept going and of course there are a
Post a Comment
Read more 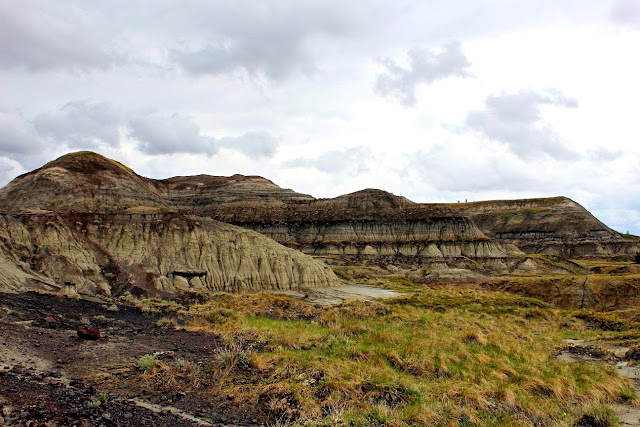 I saw Horseshoe Canyon first time back in 2003 on my way to Drumheller . Just took one or two photos and passed. Today I had a short hike in there after 12 years ! My original plan was to go to Banff National Park and hike to Bourgeau Lake but The Chef canceled his plan and I had to drive The Lady to work so by the time I was free, it was too late to make to the park, do the hike and come back to the city to pick her up. I am tired of city parks and a miserable rain has been falling down since the morning so I decided to take my chances in Highway 9 and Horseshoe Canyon . It was raining heavily all the way to the destination and when I reached there I noticed the differences. They have put up signs and there's washrooms and information. The parking lot is prepared and there's even an overload parking space. I parked and there were already a few cars parked. Some were just taking photos and some were trying to get down the canyon.  I had my runners on but my hiking b
Post a Comment
Read more 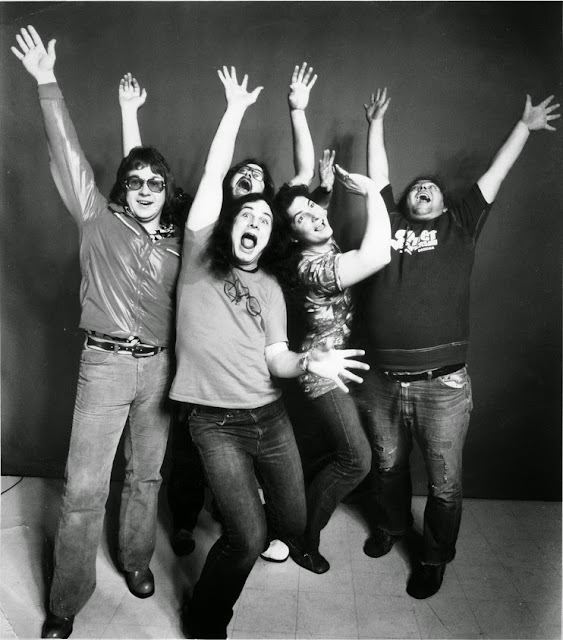 One of the issues here in North America , which I pointed at that once, is having the laws and regulations which are hardly enforced. The other issue is that the majority of them are complicated and hard to understand. That is why we have this lawyer and that lawyer. That's why judging, courts and all the related shit is a good business.  One good point that Jesse Ventura brought up in one of his interviews was that there are too many laws. He said when he had been elected Governor of Minnesota , the people directed him to a room full of shelves all around, loaded with thick, big books and told him that they were all State law! He asked why they needed that many and the answer of course is if something is too much and too complicated, people have no patient to read and understand that and that's when they get into trouble. In order to get out of the trouble, then they have to hire lawyers. And who are the lawyers? The very same guys, almost, who enacted the laws! So you
Post a Comment
Read more 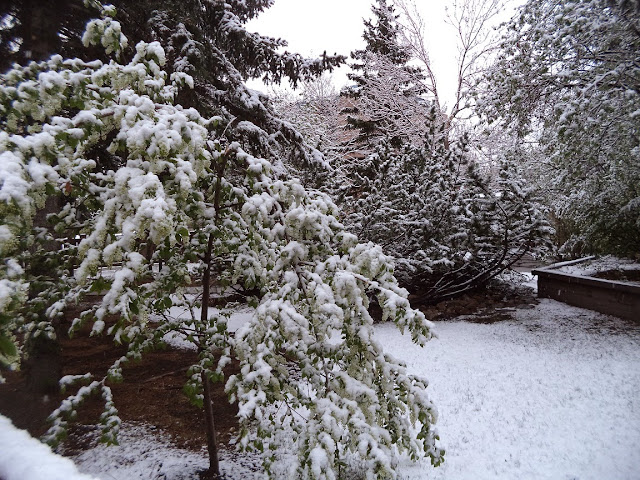 Just when I posted pictures of Spring in Calgary, the surprise sprang up! I woke up in the morning around 07:40 and look out the window and there it was snow was falling! This was shot at exactly 08:00 in one of Downtown streets Although we had some on the ground, it stopped around 08:15, I would guess and by noon nothing was left but small puddles. (photo, top: Trees are covered with a little snow)
Post a Comment
Read more 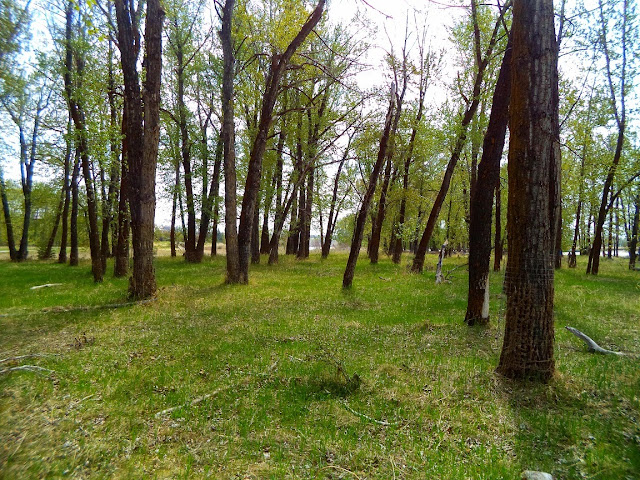 This week again, similar to the last one, I couldn't go for climbing/hiking. However I spent a lot of time outside. From South Glenmore Park to Carburn Park , tried to keep myself active.  Spring here but as usual it has rain, snow, strong wind and the normal chill of Alberta . I'm tired now after hours of walk and run in the past 3 days. I hope I can get enough rest during the week. I don't exactly remember how long last year's winter took but I do have it recorded here that the 3rd day of May was a cold and snowy day in Calgary .I have brought a few photos of Spring here and there in the city. There has been some rain and snow in the past three days but no snow on the grounds.
Post a Comment
Read more 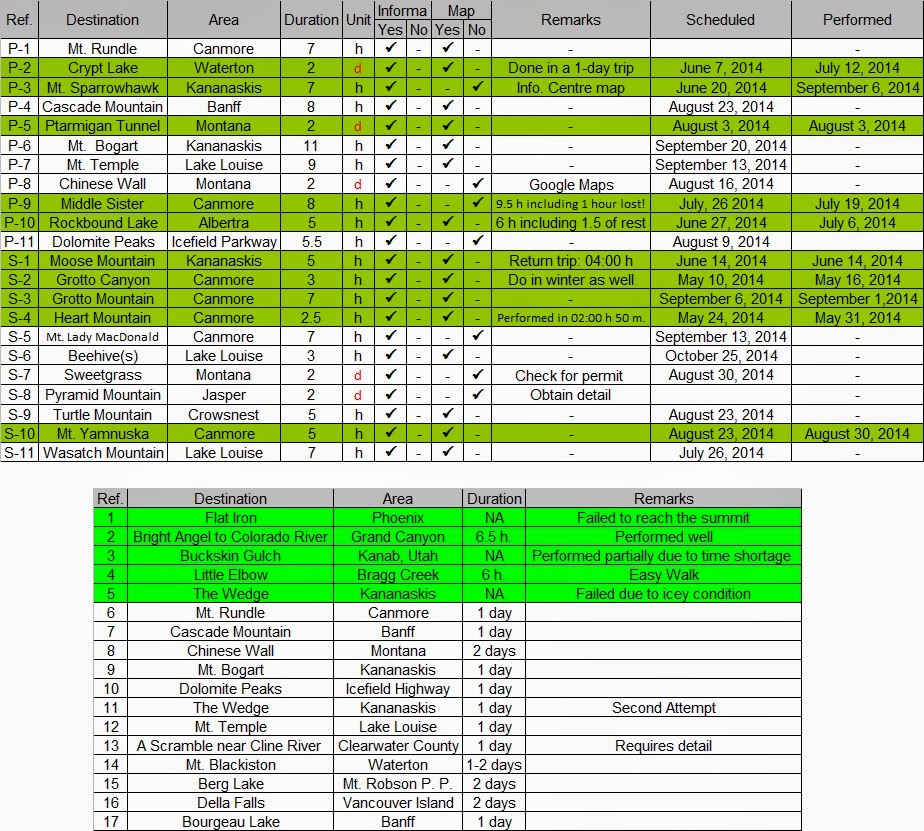 Hiking and mountain climbing season is short in Canada and every year I become impatient when we reach May . There is barely any mountain you could go all the way to the summit before the first week of June. I have had 5 hikes/scrambles/climbs so far and the three good ones were performed in Arizona in my road trip. One was simply a long walk on road and the last one was an unsuccessful attempt but a good exercise, no doubt. So I'm waiting for June to come and I can start my climbs. This year I looked and realized that I will have 32 days between the months of May and September . The question is how good they could be used?  If you look at the main table of my ascends and hikes in last year you see that the first major ascend was performed in May.31 . So probably trying The Wedge was not a good idea, two weeks ago but at least we got a good work out and we learnt the trial! I have listed 12 hikes for myself in 10 different areas and 2 different provinces. I am determin
Post a Comment
Read more 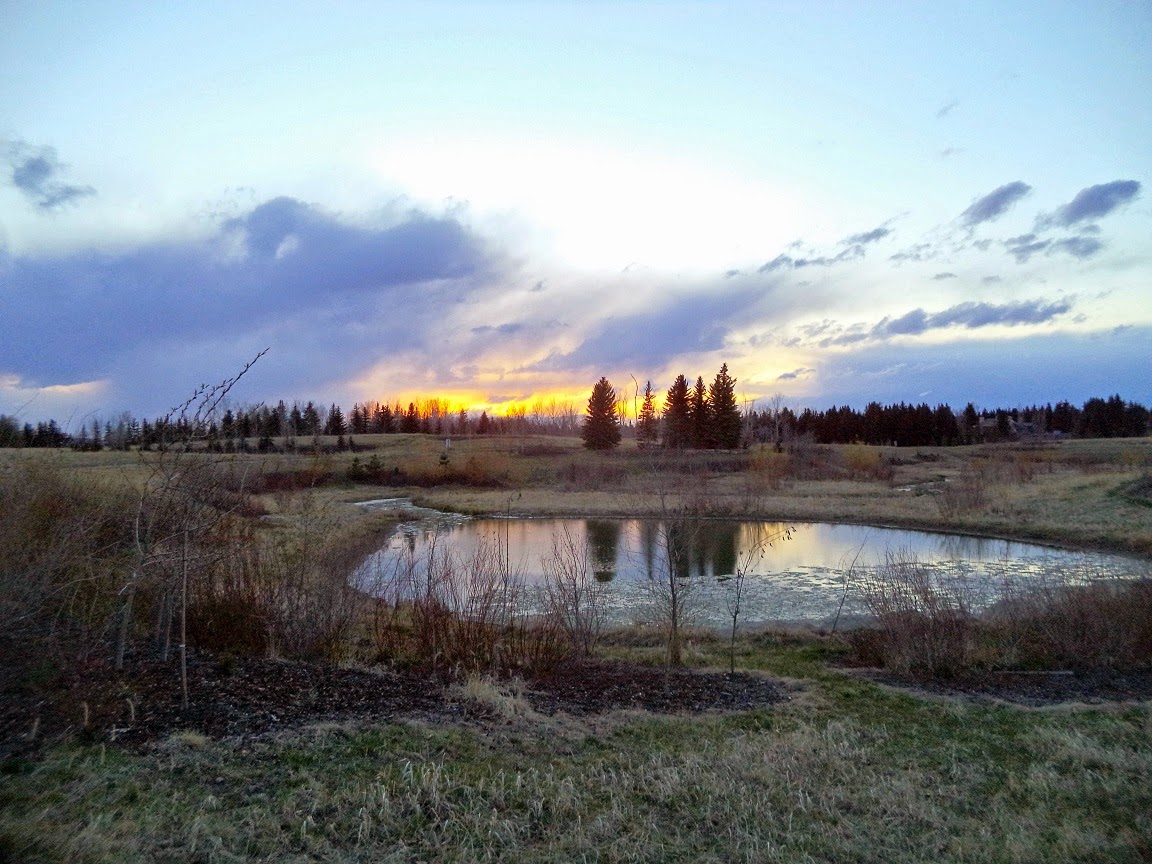 I took a walk in North Glenmore Park yesterday around sunset. It was quiet, nice and peaceful. A bit chilly though. I didn't mind. I never mind cold. There was barely anybody out. People were there but sitting in their cars. How silly! A few on bicycle. Passed. A group down by the reservoir shore with a big fire. Young fellas. Probably getting ready for their beer and barbecue! Something people could do that every week without being tired of that! Not me. I didn't even get close to them. Simply turned back. I wasn't looking for action. I was looking for silence and peace.  While passing the storm ponds this old Persian verse hit me: ... بنشین بر لب جوی و گذر عمر ببین This virtually means: Sit by the stream and watch how your life is passing before your eyes.  And it's not Arabic . It's Persian . There are similar alphabet but the language is different. There are similar alphabet in Urdu as well!   Of course there was no stream but the pond r
Post a Comment
Read more
More posts