Showing posts from January, 2019
Show All

Lots of Losers Out There!

- January 28, 2019
If you want to have some fun without paying much, McDonald's is always a good place! It probably is the most disgusting place that anyone could hang out and eat but there's positive side to that and I've probably written about that a few times. You can see all sorts of freaks, losers, maniacs, you name it! I was at a McDonald's for a coffee and an argument was started between a man in his late 60's and a younger woman, whom looked like the poor girl was homeless, in her mid. to late 30's . The man, was allegedly following woman and alleged her of stealing his phone. The woman, in turn, was asking him to stop chasing her! Eventually the so-called manager of the McDonald's called the cops and in this great City of Calgary that they claim the police is short-staffed, first two officers, within less than 10 minutes and then another two(!) shortly after that, arrived! Imagine the situation: An argument between an old man and a poor homeless woman and
1 comment
Read more

Half of a Day in Phoenix Area 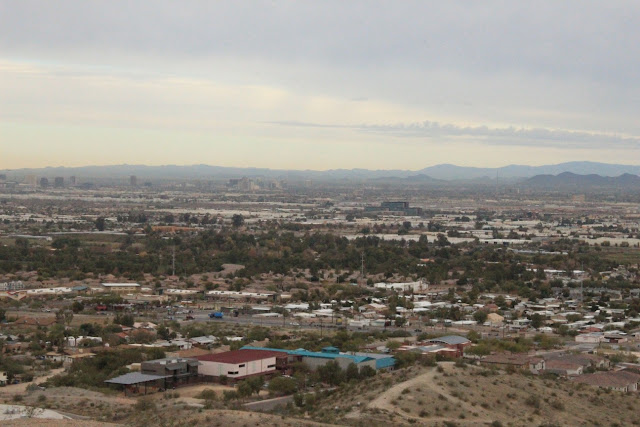 I woke up early to get the hell of the miserable Motel 6 ! The person a the counter was different from the night before, obviously, as their shift changes. This one was even worse! It was a short, ugly, fat, round woman with long fake nails! Some people have every bad things together! She handed me my receipt like she owned the place! I was just happy that I was leaving unharmed! I then went to a Dunkin' Donuts across the street to get a coffee. It was a small place. I wanted to sit and enjoy my coffee but there was nobody inside. Everyone would get the order and leave. So I decided not to stay as well! Considered a safety issue particularly because I was not too far from the motel. The coffee was just average. Its cup was good though! I then drove to South Mountain Park in Phoenix for a short hike. Unfortunately and fortunately at the same time(!) it was a cloudy day! So while I didn't burn or sweat like a pig(!) I couldn't get very good photograph although the vie
Post a Comment
Read more 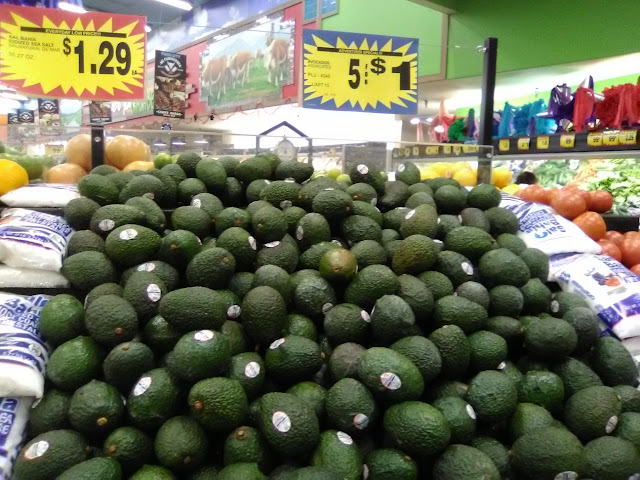 I usually don't write in much detail about the places I stay in but this time I am going to because I had never had this kind of experience. I made a mistake and booked a room in Motel 6 in Tempe a suburb of Phoenix . I regretted that the minute I saw the place from distance and I promised myself that I would never do such a thing in any travel, ever again! As I was approaching the place, driving northbound on a main street of Tempe , I checked the GPS and it referred me to the left. The so-called motel was right on the edge of the road! I thought: How the hell am I going to sleep! I should have probably cancelled it but I drove in the parking lot and went to the reception. There was a tall, looked like either Black or Native guy whom I talked to. First I thought he had a medical condition because it looked like his left cheek is swollen(!) then I realized that he had something big in his mouth and was just talking to me like that. How respectful and nice! He gave me a ro
Post a Comment
Read more

Lordsburg, NM and After That 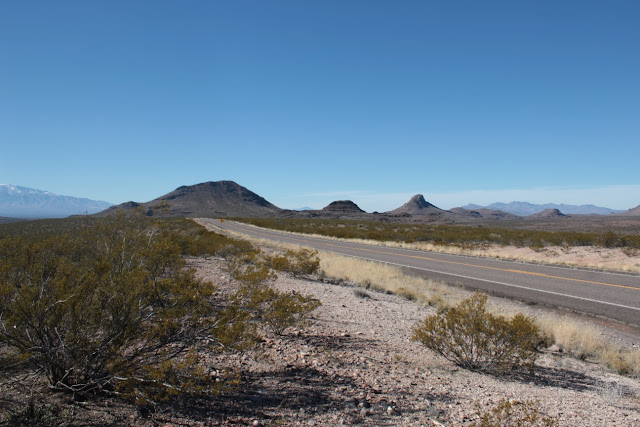 I shouldn't probably say this here but Alphonse actually ruined the half of the already planed trip by rushing us back to Phoenix because he wanted to go back to work on Thu. He has so many good attributes and in fact without him I would have been able to reach neither Telescope Peak , nor Flatiron but he's heavy and slow. Besides he eats a lot! I have talked to him and I don't think it has had any affect, although he knows the issues. Nevertheless after leaving Hueco Tanks State Park , we took I-10 and headed west to Arizona through New Mexico . Alphonse wanted to stop on the way for sleep in order to be able to save a few hours the day after when he would be driving to California . We stopped in this small town called Lordsburg in southern New Mexico and went to a Motel 6 . This motel is probably amongst the cheapest throughout the United States . The strange thing was the man at the reception, and I believe he was the only staff in the entire motel at the t
Post a Comment
Read more 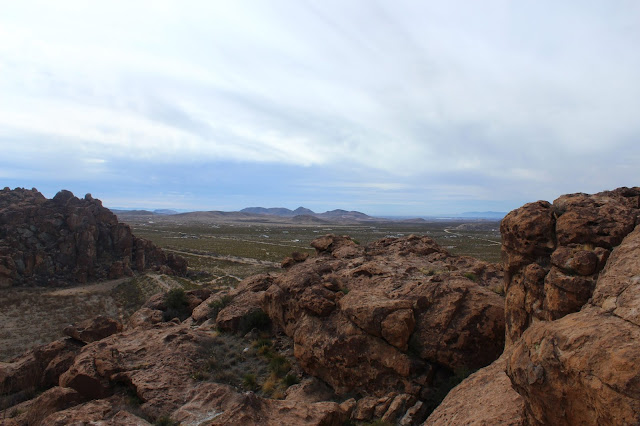 As I indicated in the previous post our plan of hiking Guadeloupe Peak had to be replaced with a short hike in Hueco Tanks State Park , mainly due to persistence from Alphonse which basically ruined the second part of the trip! I always had problem finding a good partner for hiking. I have hiked with the American guy from Boston, who used to work with us, M. C. , I have hiked with The Chef , I have hiked with The Hope , I have hiked with Newlywed and I have hiked with The Lady . Not a single person ever satisfied me as a good hiking partner! They all complained about being tired or cold or at risk! I guess my next hikes would be all solo like many others that I have already done. This park, just about half an hour northeast of El Paso , was not as exciting as I had expected to be but regardless of that everything after we changed the hiking plan became complicated and chaotic! First we went to park but were stopped by a Texas Parks ranger! It was not only us! He, who looked li
Post a Comment
Read more 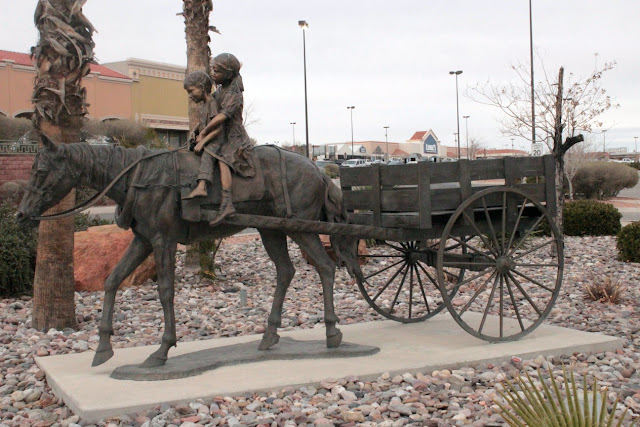 I had a different view, in my mind, from El Paso  before going there. It immediately was changed after we entered the city! It's a modern city like any other major American city that one might have in mind. It certainly is not L. A. (not that I have been to L. A. !) but it's far from a small town I thought it would be near Mexican border. El Poso (Meaning the Passage in Spanish ) is laying on the border where at the other side, the city of Juarez rests. The area was shown in the movie Secario . However due to shortage of time and lack of interest from Alphonse , we neither got a chance to discover the city, entirely, nor the border side and the Mexican town. We first went to our hotel and check in. It was a nice and new building by I-10 , named Palace Inn . However I had a concern from the beginning: Too close to a busy highway and difficult for me to sleep. We found a good buffet at the other side of the highway and ate there. It seemed Hispanic s comprise a big popul
Post a Comment
Read more 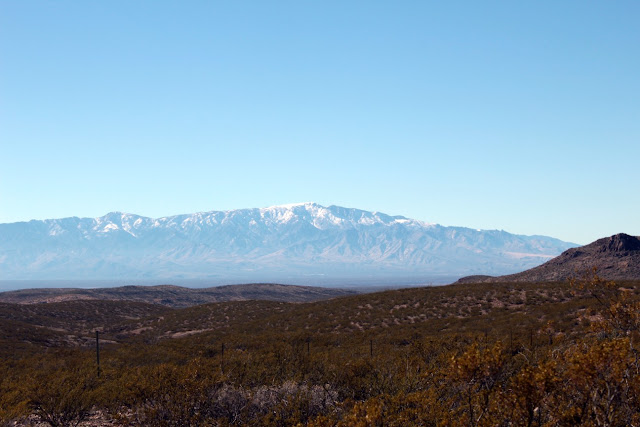 We headed southeast after we finished our hike in Lost Dutchman State Park . My plan was to go to Tuscon and then from there to El Paso in order to get to Guadeloupe Mountains National Park to hike the highest peak in the State of Texas . However our physical condition didn't seem to be in a status(!) which guarantee our success! My right foot was in pain and my tendons were both very sore (near knee cap) which I will definitely see a physician for. Alphonse 's situation was way worse than me although he was saying that he was fine!  Despite the plan he took Highway # 70 and went through New Mexico . That's what the GPS had suggested, he said. Before leaving Arizona , we checked Goldfield Ghost Town , as he wanted to. It's a nice place to see but mainly for the kids. Besides he never spends a penny and the town comprises of different businesses which make the trip worthwhile. Nevertheless by the time we reached El Paso it was dark and since we had a reservati
Post a Comment
Read more 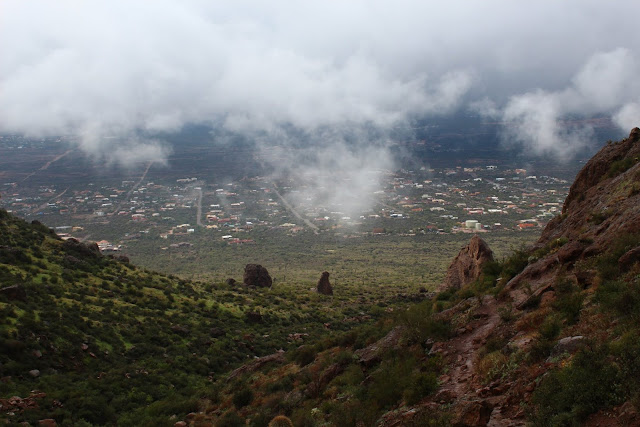 I and Alphonse went down for breakfast at 06:30 with the hope that we get to the trail-head of our hike not very late. As usual the breakfast at BW was horrible and as usual Alphonse ate a lot which would affect him during the hike later! It was a cloudy day in Lost Dutchman State Park , in contrary to what I had experienced a little less than 4 years ago . We paid the admission and hit the trail. It was not very bad at the beginning but then the fog fell on us and Alphonse started to fall behind! I don't remember how many times I had to wait for him to reach me, but it was several times and I also had to answer his question " How do I get there? "! Many came and caught up with us! That not only was very frustrating but also very humiliating!  There has barely been any hike that I let the people pass me, even the ones who were years younger than me! When we reached the summit, which I hope it was the summit(!), it was very foggy and we barely were able to see a
Post a Comment
Read more 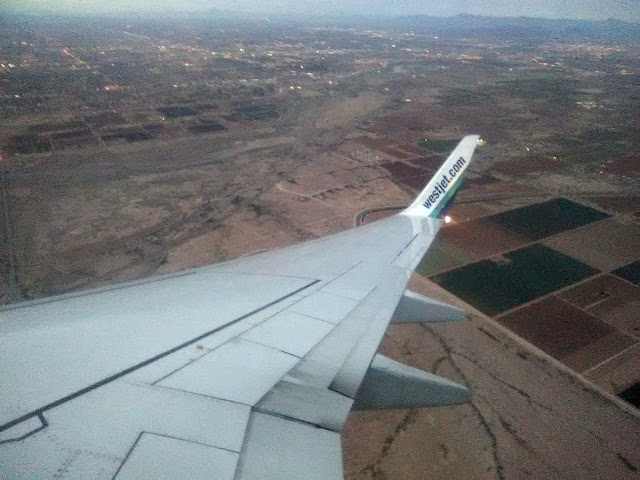 I landed in Sky Harbor International Airport once again a few hours ago. I'm back to Arizona after almost 4 years . Alphonse picked me up and now I'm writing from a hotel. I was going to rent a vehicle but he said, while we were planning for the trip, not to. He drove from California and we're going to do a hike tomorrow. He just returned to his room a few minutes ago after we had a supper together. I'm sleepy and I don't know why! My flight took just a little over 3 hours but it was tiring. The tiredness could be a residual of the weekly work. I'm going to hit the sack as we've planned to start our day quite early.   (Photo: I'm tired and sleepy and haven't had the chance to go out to take photos. We just checked supermarket and got something for supper. This, however, I took when the pilot was turning to prepare the plane for landing. Unlike what I expected Phoenix is cloudy and we even saw a few drops. There's 60% chance of showers fo
Post a Comment
Read more
More posts