Showing posts from August, 2009
Show All

The Amazing Effect of Music

I went to gym for my Cooper Test practice on Wed. after almost 10 days again. That was the time the cyclists were practicing next to us. They have an amplifier and music is playing very load. I found it very helpful. If you focus on the run and get assistance from the song and harmonize your paces with the beats, you almost never feel tiredness! I did not get a good time though as I was tired because of 8 hours straight work. I got 1.41 miles but at the end I thought I still could go. I'm not sure if listening to music from an MP3 Player has the same result as I've never tried it but many people do. I think it's the echo, loudness and beat of the music which helps, something almost impossible to get when you listen to it through an iPod or something like that without damaging your inner ear! (Photo: Apple Inc. has gained millions from his product iPod which was gained popularity in 2004, first. Many people use it everywhere while physicians warn of the possible dama
Post a Comment
Read more

- August 18, 2009
I have already written about marriage a few times. This one has been planned to focus on the marriage of Caucasian Canadians . Generally Caucasians could be categorized to three classifications, like any other nation: poor, middle class and rich. Most of Caucasians fall into the 2nd one. As I posted once, only 49% of the Canadians live in families. Not to mention that family could be a single-parent family or a common-law one. Many Caucasian Canadians these days prefer to marry with Oriental women. Many amongst them have their second marriage with such women. That works for both sides. Oriental women, actually the ones who were born and grown outside Canada , like most other women from other corners of the globe, are less demanding and don't know much about the women rights in West. It's a win-win situation. The woman gets a shelter, a steady income, at times a permanent residency and of course a hard full-force weekly or daily thrust! There was a guy, a sales perso
6 comments
Read more 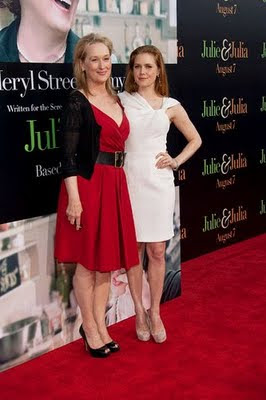 I am a big movie buff and I have written about different movies several times but I usually write about the ones which impresses me. This one, Juile and Julia , we watched last night was not amongst them but I'm writing about it because it was different. A different topic was presented: Cooking. That something that the North Americans have problem with. There's no American or Canadian food but different types of Hamburgers and Steak. When it comes to cooking they have to resort to Italians , French and Asians , if they can. Julie and Julia might be boring to some people and at the same time interesting to others as it's a new subject to talk about in the format of feature presentation. None of the actor and actresses were known to me but Meryl Streep . It felt a bit long but at the end everyone was happy: Julie , Julia and us! (Photo: Meryl Streep and Amy Adams in the primier of the movie)
2 comments
Read more

Confusion Over the Economic Downturn 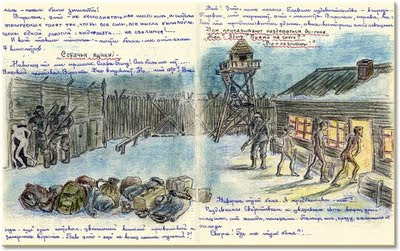 Whoever bastard started this shit that we're all in at the moment, is getting away from it. Life in prison would match the crime they committed. And now we are half way through the month of August and nobody know what's goin' to happen. People, the officials and the economists say different things every day and contradict themselves! Brit"Shit" Columbia has his eye on the Olympic and many jobs have been created to answer the needs. Obviously the unemployment rate will hit the sky right after that. In the other hand it might remain the same! Why? because as I previously mentioned many projects are completed here using temporary foreign laborers. One day it's said the recession is over and the other day another person says that prediction was very optimist. In July only more than 46,000 people lost their jobs in Canada and that Buy American shit offered by that filthy dog, Obama is having big impacts on Canadian economy, especially in manufacturing. It&#
Post a Comment
Read more

- August 07, 2009
I think I almost find the reason why we people of the old country had to come here and have to put up with this hard life (not always). Why do you think people still work their way hard to get around the globe to have a better life here in a country which almost have nothing?One reason, I think, is people of that side of the globe, where I came from, mostly believe or even if don't believe, pretend that they know everything. That wisdom, which actually doesn't exist, is the cause of these all problems they have to hack with on a daily basis. Here, if someone doesn't understand something or doesn't know it, would simply say that s/he doesn't. Some people even use terms like grunt, idiot and so on about themselves. That actually comes from their honesty, an attribute in Western culture. Who do you really know that consider him/her an idiot over there? Everyone's Einstein ! Look at all those universities grow on daily basis in every village and county! Everyone is
3 comments
Read more

- August 01, 2009
Months of June and July have been the worst in regards to Cooper Test practice. One reason is my evening shifts that makes me bike back home. An hour or more journey on a uphill road, mostly. I started my practices in July.30 and I promised me to do every other day. Yesterday was the second day. I have kept my promise so far! Tonight is the start of my 5 night evening shift in a row. I try not to consume so much energy and give the muscles a break in order to be able to work out tomorrow. I'll go to the gym even if I'm not running. I'll do the other exercises. Here's the practice result of the past two months. (I'm ashamed): June.05.09 1.42 July.30.09 1.39 Aug.01.09 1.39 A significant deterioration is seen clearly.
3 comments
Read more
More posts