Showing posts from March, 2013
Show All

- March 30, 2013
Living in Canada give the bad opportunity to see people from every shithole around the world. And as I said before while you may find nice and decent people, you can find asshole that their personality, behaviour and attitude sucks. In this dumb that I work at the moment you can find people from Europe and Asia to South America and Russia . Some fine and some disgusting. Overall it's very hard to make a connection. Caucasian Canadians are beyond reach! While they are minority in their own country, you can hardly communicate with them. I am a talker and as one of the guys said once a bullshitter and as the other ones have told me a troublemaker. However my connection with these guys have never gone beyond a normal greeting and a few jokes. There's this guy though that really sucks at work, honestly like many others, My believe is in this company only 5% to 6% of people have knowledge and expertise. The rest are just simply extras! Anyway when this guy talks you barely un
Post a Comment
Read more

- March 27, 2013
I truly decided to get myself out of this stinky hole when year 2013 started. For that I made job searching as part of my daily routine. I managed to find as low as 5 positions that I thought I would be able to handle and applied. Not even a single telephone call to invite me to interview! Damn! The market seems to be really not good and there is daily news of people getting laid off. I do not think we work after this Sep. My buddy says to the end of the year. In another word he is optimist and sees another project coming but I highly doubt that. I remember back in summer the same buddy of mine asked me to go to a Job Fair. He had up to 10 copies of his resume stuffed in his pocket(!) each in 2 pages(!) When we got inside there were two lines parallel to each other each one to the length that the C-train has to go to get to another stop in Downtown ! We had no chance but to go back to work because we did not want to stay in the line for 1 hour! I had so many interviews back in
Post a Comment
Read more 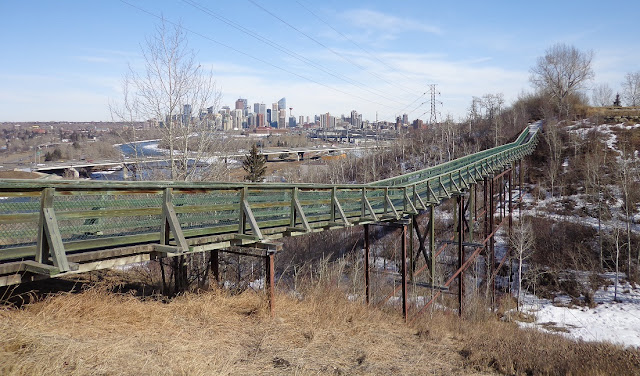 I always wanted to see what that bridge was in the Quarry . In summer and spring when there are lots of leaves and threes you can barely go up there. I decided to check it out yesterday. My original thought was the bridge would be for the rails of the wagons which carries the stones or ore, whatever it is called but after going up the slippery hill I realized that it is simply a pedestrian bridge. I was really cold by the Bow River yesterday. It was announced that the temperature was -4  degrees C but it was felt much damn colder! It was almost -12 degrees C today morning around 08:00 when I went out. Considering it is Calgary and today is the 4th day of Spring, it is not so strange! (Photo: The Quarry's Bridge and Downtown in the back)
Post a Comment
Read more

- March 18, 2013
Anyone wonders what AHC stands for I can tell that stands for Alberta Horseshit Care , the system which seems to be completely messed up now. When I first came to Alberta this system was functioning with not much problems as far as I can recollect. I had a surgery which was very easy for me. of course it was not a major surgery but everything was done according to the plan and the only cost I had was the transit I took to go to Peter Lougheed Centre , which was less than $2 at the time. Everyone had to pay for medical care on that time. I do not recall how much it was but I remember I always struggled to pay because I've never been a drunk, a smoker, a fat person or in a word someone who gets sick often. So it was hard for me to pay for the people who didn't care and had to receive care from professionals. Then I move out of the province and came back in 2011 and that was when I realized that there was no fee for health care!! I soon told myself that these guys would re
Post a Comment
Read more 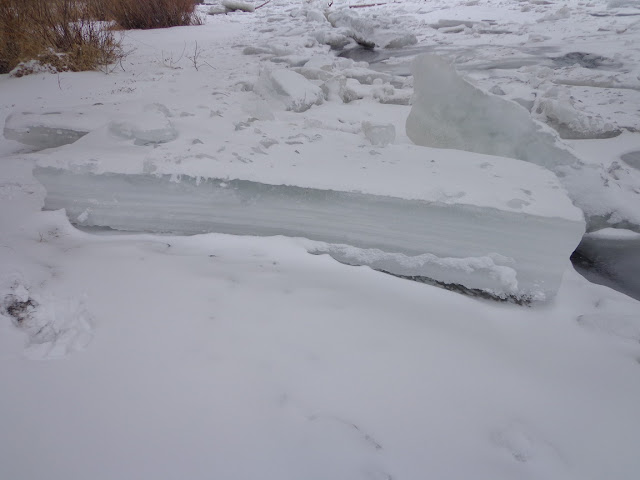 I have kept my promise and did my jogging to the best of my abilities. I did it yesterday and I'm doin' it tomorrow if somethin' extraordinary doesn't happen. Just when people thought that was the end of it, the weather turned extremely cold again! The sign of spring was seen today by the temperature goin' down to -14 ̊ C   which felt like -23 ̊ C when I had a little walk by Bow River . Surprisingly I saw more than just a few who were walking or jogging! With only 3 days officially left to spring it might seem a little odd to the ones who forgot they live in Canada where I even saw snow in June of July! (Photo: The thickness of this piece of ice which is pushed to the river bank is amazing. I took this photo close to the 9th St. bridge today before noon)
Post a Comment
Read more 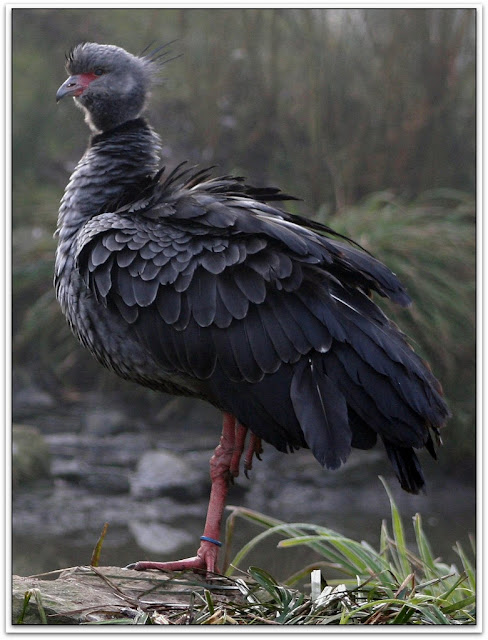 So much shit has been going on lately. A whole lot that didn't even let me write a line. However I thought I should start writing again. I can't put them aside especially not today after this interesting argument was going on: I was at work today, sitting at my desk doing things and in the other room I could hear people, or better to say one person shouting, although the door was shut. I knew something was going on but I paid not much attention basically because I knew the person who was screaming, always does that! I kept doing what I was doing until he came out and asked me to join them. Apparently there was an issue and he wanted to ask me what I knew about that. I explained a bit and that was when it got interesting. I and him was firing at the new person and her aid who came in later while she was firing back with almost the same intensity. The Screamer was really mad because he has low capacity for accepting any sort of crap from anyone while the new person was a
Post a Comment
Read more 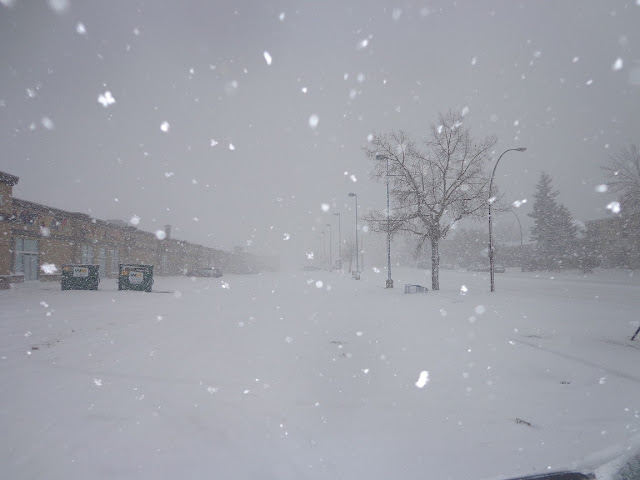 Southern Alberta and the city of Calgary were subject to a beautiful snow storm today. That didn't of course stopped us from leaving our place. We had our breakfast at a local joint and then headed for a little shopping. The streets were a bit less crowded less than yesterday. It might come as a surprise to some as how we could get from a +5 ° C weather on one day (Sat.) to a severe snow storm (Sun.) but this is Alberta ! The people who are not used to this type of weather and scared of a little snow (mostly foreigners - I bet someine is going to ask me whether I am not a foreigner! - and some old Caucasian s and others who have spent quite a long time here) stay home. For me I was lucky that I had my every other day jogging yesterday by the Bow River , otherwise it would not have been really pleasant to run in this storm especially that you could experience as what I call it Horizontal Snow here. The weather has gotten a bit calmer in the afternoon, right now that I'm wr
Post a Comment
Read more

Americans in the View of World 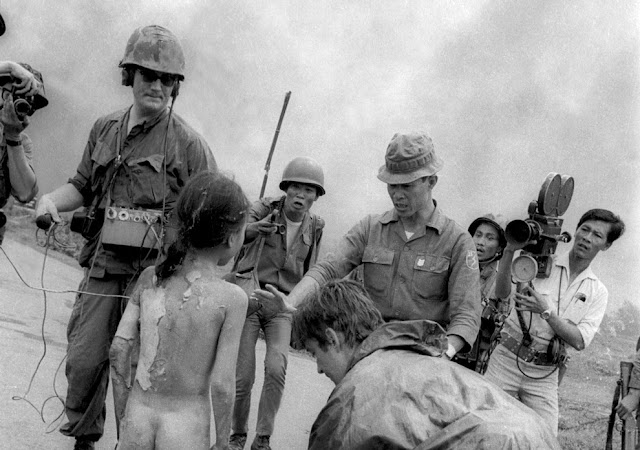 One of the readers made a comment on the previous post. In response to her I decided to have a collection of what Americans did in 1960s and 1970s in Vietnam and see what she thinks now Americans look like in her eye. I obviously am not talking about all of the Americans. Not to mention the 1953 American coup in Iran which resulted in the overthrown of the democratically elected government at the time. Go get a little history. What's going on in the world and what has happened is not what Concocted Nonsense Network (CNN) and liars of Fox News are broadcasting. There are other sources available too. You have to be smart enough to pick the right one. Other example could be provided from the favours of our dear neighbours, the Americans  in Iraq , Afghanistan , Korea , Panama , etc. With what they did to Iraq , I'm really happy and appreciate them, though! (Photo: Selected work of art sample performed by our southern neighbour, dear Americans)
4 comments
Read more
More posts