Showing posts from June, 2011
Show All

The First and the Second Degree 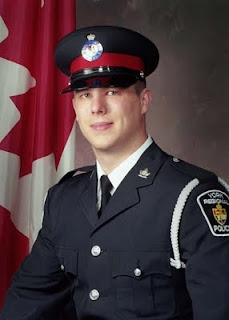 Once the Pickton 's trail was going on I was trying to follow and when the verdict came out and he was convicted as a second degree murderer I wondered what that means. What is the difference between the first degree murder and the second? It took more than 3 years to find the answer! I mean the answer was there somewhere but I never sought it until that police officer was killed a few days ago in York , Ontario . According to Canadian law if the killing is brutal (that's my definition) it categorizes as first degree and if not then it will be considered the 2nd. You might say that killing more than 20 innocent, poor young women, a few of them Aboriginals , in a way that barely anything was found them is brutal. But Canadian law considers that second degree murder. There are the types under the first degree: 1- Planned and deliberate. Robert Pickton would probably have said that he never had a plan to kill those women, if he had pleaded guilt. But he pleaded innocent!
Post a Comment
Read more

The Most Controversial Problem 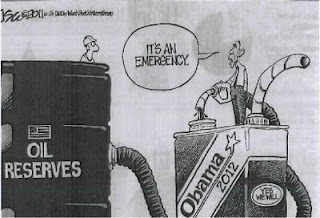 Oil has been always an issue to North Americans . Not that it is not to anyone else anywhere else. The reason is they are so dependents on their vehicles and like to drive big gasoline-eaters. I've posted a few times about ups and downs of the industry. What you never understand is the factors which are independent from the entire oil production process but have big impacts on the price. EU Parliament votes on financial assist for Greece , the price changes. One person in South Carolina sneezes, the price changes. A scorpion in Saudi desert climbs over the pipeline, the price changes and now this action by Industrialized nation and on the top of them the US , it is said has caused the price of oil to plunge. In the meantime some analysts state that this action by specifically Obama is part of a plan to help him to move himself up prior to the upcoming 2012 election in the view of American people. I don't know his popularity but I know that many people has turned his back
Post a Comment
Read more 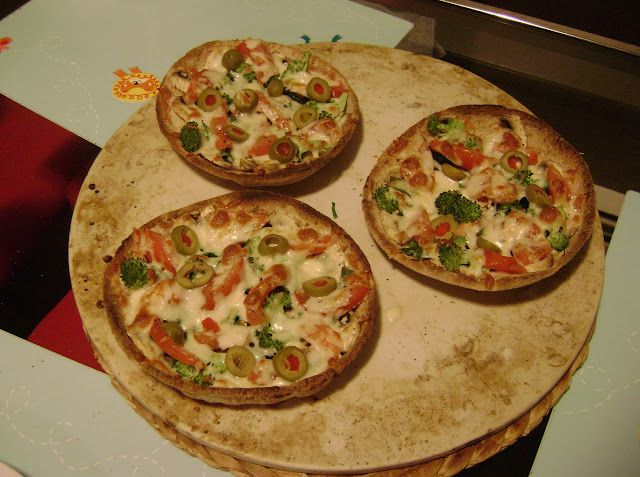 Sometimes, or for many people most of the times(!) you got home and have nothing ready to eat and you probably take a frozen pizza from your freezer or buy some fast food or other type of frozen food on your way home and eat it. ... Well that helps the economy a lot because many benefit from that but you! That could be fine by many 'cause that's how they have lived their entire life and that's how their parents and grant parents lived for decades in North America . That was also how it worked for me up to 2 years ago. I spend thousand of dollars on ready-to-eat or fast food until now that my eating habit was changed by The Lady  That amount of money we spend on food might not be much less but I would say that we eat better and healthier. After all I will publish the cost of eating in a few month because I started noting that down in a spreed-sheet. That delicious and healthy food, which might have been seen by some, so for that reason don't bullshit me, was made b
Post a Comment
Read more

- June 14, 2011
A new guy joined the company as our department's manager last month and turned to be a big asshole. His strategy though impressed me. He approached everyone very slowly and smoothly, got all the data out of them and used against them! I made a stupid mistake by trusting them because I thought he would stay as the head of the department and in that way I could come out from the shadow of the Comrade (our current supervisor) but turned to be wrong. I showed him my resume with the hope that at least I could be assigned to a better task than I was doing but that motherfucker just just question my credentials and never pointed out to my experiences, my achievements and qualifications. Fortunately he quit after a month! he said that he had been offered an easier job with less stress and more money. I never asked him where he was going but found out later through the colleagues. Was not important after all. That was a good lessen for me to not trust anybody like that again!
Post a Comment
Read more 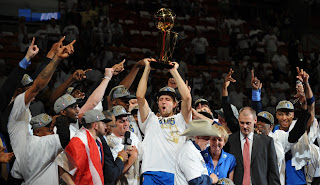 I could not watch the entire Miami-Dallas tonight. In fact I didn't want to! I knew that they would not be able to beat Dallas . This team, the Heat , has never shown the face of a team which would be 2011 Champions. They always had a difficulty to defeat the Mavericks . In the two games that they defeated the Mavericks they were times that they fell behind by 12 points or more! And eventually won by a shot! And tonight it was proved that I was right. The team, the Heat, was behind all the game long and never got closer than 10 points difference. James barely ran on the court when the Heat was defending. Looked like that he looked down on the Maverick and did not take them serious. After all the Heat was the team with 3 players each earning $14,000,000 the season. I saw that all in the last few minutes of the game and that was it. They lost the game and the cup. (Photo: Dirk Nowitzki hoists the cup while celebrating with the other Mavericks. He proved that he worth more
Post a Comment
Read more 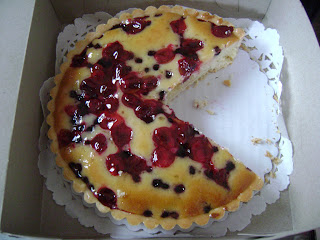 If you're looking for good bakery in the city, make sure you check on Rustic on 17th. It had been a long time that we wanted to see what they have but because of the hours they run their business we were not able to. We eventually got there a few days ago and I should say that I liked it. The prices like any other independent store is high but the quality is high as well. We bought a Cranberry-Blueberry Cake for $9.5 (tax included, I guess) and It was really good. It was not too sweet and not too hard. You could taste the fruit and it tasted like real fruit. The Lady  didn't like it much because it was not moist enough, she said. We also got a loaf of Rye and a Pretzel Bun . Rye did not satisfy me completely because we are all used to wheat taste. Nevertheless I made a few sandwiches and took to for my lunch. I paid for it after all. The Pretzel was good as a snack.  The Lady  complained that it was too salty. It's the place that I would go if I wanted to spend
Post a Comment
Read more 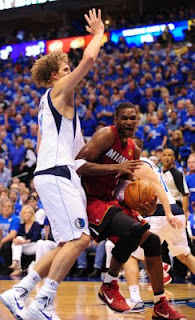 Miami Heat 's game against the Mavericks last Fri. was a disaster. The team with it's three superstars was defeated in its own basketball court. James , Wade and Bosh made lots of victorious gestures during the game but eventually lost it and left the field with their head down! One player exerted lots of effort, a Canadian , Joel Anthony from QC He had to amazing blocks but his sweat went in vain. Likewise the same thing happened to the Mavericks last night. It was less than 1 min. remaining in the game when I came home from late night shopping when the Heat owned the ball. There was a very good defence from Dallas and James passed the ball to Bosh and he made a 2 pointer. Not more than 25 seconds was left and Mavericks used a time out. As everything must finished with Nowitzki in that team(!), they passed the ball to him and he missed his shot while being defended very well and then the offensive rebound of Dallas failed and that was the end of the night fo
Post a Comment
Read more 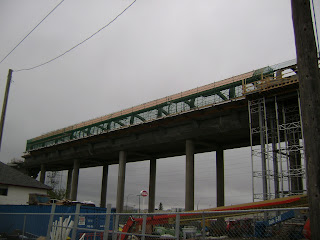 I was driving around the City and I realized that the bridge-shape construction I noticed last summer when I was walking alongside Bow River is part of the LRT expansion and close to Westbrook Station. For years I was hearing that the next City Transit expansion would be in SE part of the City mainly because most of the industries are located there. Although I haven't checked the entire area yet but looks like the west part had priority. I always thought that all these key industries to the City which bring a huge revenue to the City and the Province as well would get their share first so it would be easier for all who work over there to commute especially because in many parts Calgary Transit does not provide a regular service at all. Obviously I was wrong! (Photo: Part of Westbrook LRT station which I think is located in 9th or 10th Ave. and probably 16th or 15th St. SW. remind me of British Columbia SkyTrain stations)
Post a Comment
Read more
More posts