Showing posts from March, 2020
Show All

Thing's are Getting Worse 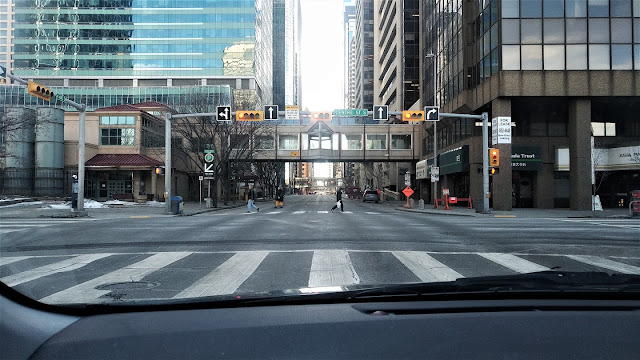 We were told that we would be working only 5 days, starting the next week. Many people have been laid off. So I think we should be thankful that we are still employed! Who wants to go through the process of E. I. get a little surviving money and live for the next 6 months with that!?  With not many plane flying and not many people driving, the price of oil keeps going down Two of the employees were asked to leave today at the middle of the shift. One guy had a relative who had just arrived in Canada . The other one is married to a guy who an infected employee has recently been found in their workplace.  By 02:00 PM half of the employees were gone as there's no overtime anymore. In fact it was up to last week but people have ordered too much that they either have no more money to purchase or no room to stock! (Photo, top: Downtown Calgary at about 17:05 on Thu.! Under no circumstance I have seen such a crowd! There is no vehicle until the next two intersection!)
Post a Comment
Read more

I was going to sit in a McDonald's after work yesterday but I realized that they had a sign on the door indicating that the lobby was closed. Not much surprised but sad because that's my only getaway! Sitting at a table, reading or writing or playing a game of chess. Even that is taken away! The simplest of funs! McDonald's Canada has decided to suspend direct services, in their lobbies, until further notice We still are working though but many have been ordered to work from home, including The Mumbling Guy , who called me this morning to check on me. Another surprise! MEC has sent a message that they would be closed until Mar.30 . Not that I r canceled yesterday's showings because one of the home owners had indicated that they didn't want any strangers in the house! Most of the idles are refilled (Compare this photo with a picture of two days ago) but there are still items that you can't get them easily including toilet paper and pasta! Both of
Post a Comment
Read more 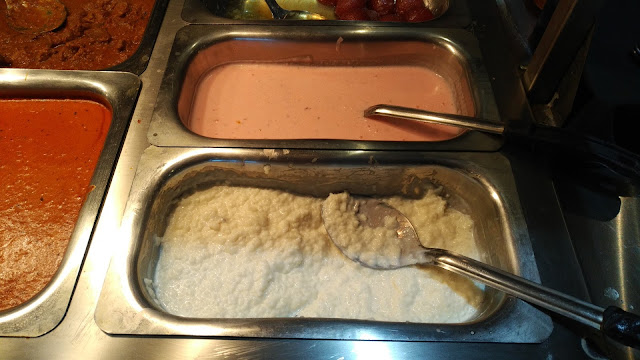 I and this new buddy, whom I call him MumGuj (Because he is originally from Gujarat but lived in Mumbai before his immigration), went to Taj Indian Restaurant in Airdrie , a few days ago for the second time, this time to try their buffet and I have to say that I got completely disappointed. I would not recommend that to anyone who wants to try real authentic Indian (or as they say it here in North America , East Indian ) food. I paid more than $21 for each of us, plus $2 tip and of course tax and it was a total waste of money and time!  The was the most bland and distasteful Indian meal that I have ever had. One might ask what these idiots do that. It's simple: Caucasian s are not used to hot and spicy food. So in order to attract more of this type of customer, particularly because more than 97% of the population of the town is Caucasian , they make the food that way! This is the same practice that some other Indian restaurants in Calgary follow. Namaskar in 16th Ave.
Post a Comment
Read more

The Freaked out People 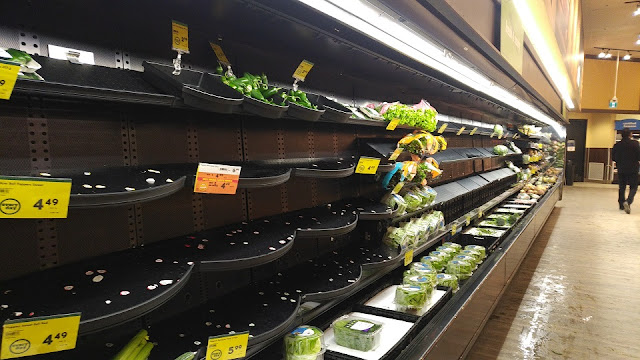 It was in the news that people have rushed to supermarket to purchase toilet paper, few days ago! I cannot understand why toilet paper and then today I surprisingly realized that the orders are bigger than usual! One customer who usually ordered 1 to 1.5 unit of product, had an order or 4.5 unit today! Then I decided to check supermarkets by myself but not just checking. I needed Milk , Bread , Broccoli and a few things. So I stopped at Beacon Height Safeway . I got surprised how stupid people could get! There was no 2% or 3.25% Organic Milk left! I had to get 1%. Some shelves were completely empty and some had a few items in them! I had to skip vegetable section because there was barely anything left! Just got the milk and bread. Fortunately there was no long waiting. When usually there's a discount, people try to buy as much as they can but in this open freezer only one item is left! In Beltline Safeway , though, it was different. It was both line ups and shortage of i
Post a Comment
Read more

Buying a Property in Alberta

- March 11, 2020
Housing market is really bad nowadays. They say it's a buyer's market but with what budget? I had two chances to buy a property and lost both and here I am now! Once I received a call from my bank and I was offered to go through the process and I denied. That was shortly after I had a job movement and I think I had lost the second one or something like that which made me not even go through the application. It was 2006 . The second time I, with The Lady , saw a Mortgage Specialist and she offered us a reasonable loan but The Lady refused it, citing the cold winters of Calgary as a reason for not staying here as well as the possibility of separation! She had planned for everything! I saw a Mortgage Specialist just about a month ago and with this stupid job of mine he recommended not to go anything above $300,000 ! What can you get with that money in Calgary ?! Nothing! Unless you don't mind living with drunkards and drug-addicts in a dingy apartment! I decided to
Post a Comment
Read more

All SUVs and Trucks 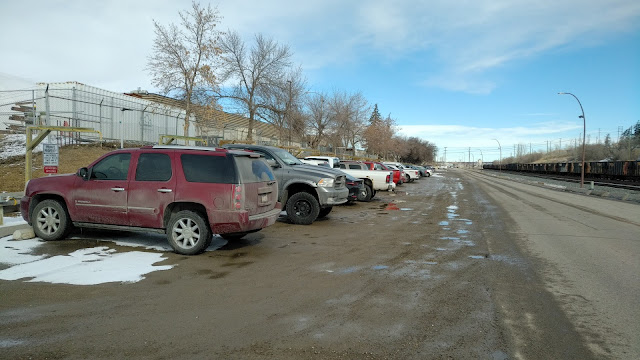 I went to a Toyota dealer in the city a couple of month before the end of last year to look at a Prius . In the entire huge inventory that they have over there, there was only one Prius C which is a small hatchback and I hate those! When I asked the salesperson, who happened to be a Pakistani chimp(!), he said that trucks and SUV s were popular and not many people were interested in hybrids. Some of you might accuse me of racism but I'm not a racist. I am a foreigner myself in this country and I admire honest and hard-working foreigners from everywhere but not the liars, cheaters, frauds and fundamentalists. I, as well, hate careless people. This is how he looked: Big fat belly hanging down, stupid fake smile, lack of communication skill, total lack of knowledge about the product and bull-shiting constantly! That's a salesperson in a major Toyota dealer in a major city of Canada ! Why is that? Because a knowledgeable and understanding person, regardless of his or her
Post a Comment
Read more

The Sequel to Sicario 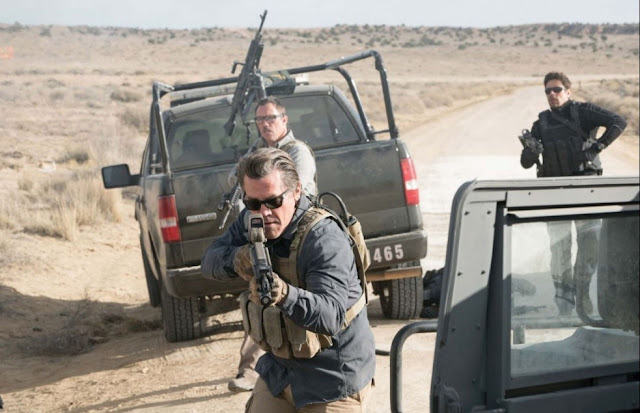 It had been a long time that I wanted to see the sequel to Sicario and when I finally bought the DVD , something that people rarely do that these days, and watched it, I was surprised! It's actually a good movie! It's very rare that sequels become good movies but this one is. The best part of the film, that I grasped(!) is its message: The should be no mercy when it comes to drug gang criminals! The fact is both the US and Mexican governments could put an end to this ongoing issue of drug years ago but they don't want to. DEA agents are taking Noriega to a US plane to transfer him to Miami for prosecution. One of the nastiest and most disgusting creatures who ever lived on the face of the Earth, this guy, Noriega, had ties with the US intelligence community before known as a bad guy by the Americans!  The United States and its allies entered attacked in 2003 and wiped out the Iraqi army in a few weeks. Iraqi army was the 5th strongest force in the world at
Post a Comment
Read more
More posts