Showing posts from October, 2011
Show All

- October 28, 2011
I bought my first TV a 20" Sony Trinitron from a&b Sound in Downtown in 2003 . I don't know much about detail; how I chose that or why but I remember that it was 2 or three installments. Considering that TV was around $450 , it wouldn't make a big deal every month. Then I was offered a Citi Mastercard right after that and that was my first Credit Card outside my banking regulars. I still have that TV and we will probably change that in a few month but the other two factors in this posts are already gone! That a & b Sound is not there any more. The building, an old building of Bank of Montreal , I guess, is still there but it's abandoned and vacant. They probably were paying a fortune to rent that but it was quite busy because that was the only major electronic store in Downtown . My Citi Master Card has been bought by CIBC , I guess but I'm still using it after 8 years and soon that Citi logo on the face of it will disappear. I don't think
Post a Comment
Read more 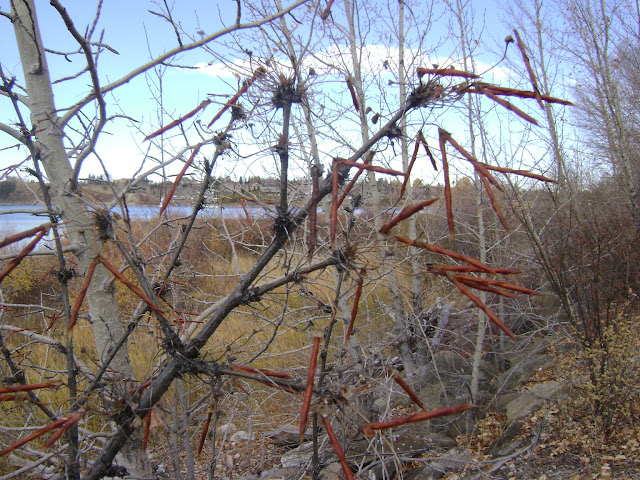 It's passed mid Oct. and still no snow, not even a heavy rain fall. Temperature is most of the time double-digit and not serious problems when walking. Well I don't have to walk a lot. If I'm going to work it's not more than 10 min. at the most. Everywhere else I drive. That's what makes life a bit dangerous: Lack of activity. Then I canceled my membership with Talisman starting Nov. simply because I didn't want to pay $60 . Talisman gets really busy during the cold months and it's most of the time waste of money. That's because first of all people can not be out and then kids who do not have to pay a lot, hang out there usually after their school. It's good if you before 04:00 PM, even before 05:00 but for me there's no way to get there before 05:45 and that's the pick. Another thing is the tracks are most of the time booked by this team and that school and I don't really like to get on those stupid treadmills. So there's reall
Post a Comment
Read more 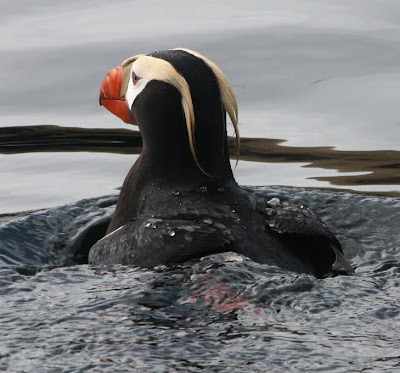 Sometimes I am really surprised by people's habits, likes, dislikes and tastes! I see that they eat craps like McDonald's and other shit. I see that drive junks like Hyundai and others and I see that they waste their money and time at places like casinos! But i never expected them to like a movie like The Big Year ! I'm not saying that I hated it but i can say for sure that it was not what we were expecting. The movie has three very well-knows actors, all has good movies in their file but it does not have anything but scenery of the US and a few nice birds' close ups! I can guarantee you that you will not laugh more than 2 or at the most 3 times during the entire movie and it's supposed to be a Comedy . Sure you will laugh a lot more if someone sitting besides you tickles you! I can't say no more about it! (Photo: A Tufted Puffin, not a still from the movie. That and some wide shots from American scenery were the only reason you would say you did not le
Post a Comment
Read more

Capitalism Finally Digs Himself in (3): Occupation

- October 16, 2011
I don't know how this started but I remember that Obama said something a few weeks ago about taxing the very rich people in the States and that woke people up. First they started in Wall Street and then almost everywhere: London , Rome , Vancouver , even Calgary . I was running alongside Bow River last Thu. and at the south side while getting close to the Zoo I realized a few tents. First I thought they were homeless people but soon I realized that, first police would not let them camp on the city properties and then the Drop-in  Center  was just a few steps away. Then I realized their banners reading Occupy Calgary . Then I thought they were probably part of White Supremacy or shit like that because I remember a few years ago one of those guys wanted Caucasians moving to Calgary because he had assumed too many non- White people were in the city at the time. I carried on my running and went back home, not knowing that. Then listened to a few headlines on the radio while d
Post a Comment
Read more

- October 11, 2011
We were notified that the company would buy a professional sport's ticket for us, for a game in Oct. The company would cover part of the cost. I registered for that while I was told that the exact cost would be announced later. Then I was notified that the company would pay for a ticket when the employee buys one. Sounded fair but then I realized that we are not types of people who would enjoy that game even if the half price would be covered by the employer. I had to pay my share for one today and since I had made up my mind, I e-mailed the lady administrator and told her that the council had a meeting the day before and they had unanimously voted for not buying the ticket! The woman didn't get my point, which was actually us talking in between us and deciding not to go! She asked me what council I was talking about! And I said the council which had the responsibility to decide who would go and who would not! She said that she was sorry and she did not know anything about th
1 comment
Read more

Got the Nose after 8 Years! 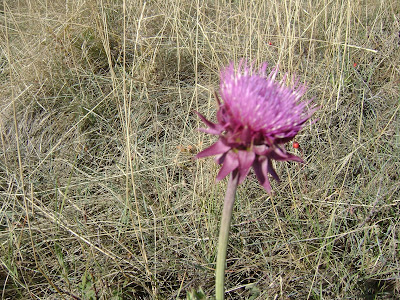 Today I went to Nosehill after almost 8 years ! Sounds like a man's life. Fortunately it was not very busy as lazy losers spend their times in bars and cafes usually and posers stay in indoor sport facilities! It was cold and windy though. And that was my first time on foot. I used to ride my mountain bike back in 2003 but never actually ran or hiked it. I parked at the east side. Walked to the west and ran back to the east. Took me almost 20 min. to run back. I was feeling good. Did not get tired a lot. Just was a little cold. Nosehill has been changed like many places in Calgary . Now there's an asphalt path and there are donated benches for hikers but still no drinking fountain or similar. I guess everybody should bring his or her own. It is a park but not like the other parks you can see the usual facilities. I enjoyed my time. (Photo: I used my old digital camera, a Cybershot Sony DSC-S650 to catch this beautiful flower in this windy and sunny day in Nosehill Enviro
Post a Comment
Read more

I'm In Love With A Friend 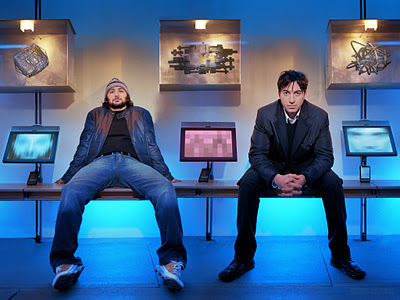 I decided to go back to what I liked a few years ago last night: Deep Dish . The guys seems that they are not together any more. This sickness has infected many bands so far: Pink Floyd , Genesis , Beatles , you name it. Why is it that people can't simply stay together? Anyways I found a nice song of them on Youtube called I'm in Love With A Friend . Although these originally Iranian guys have been living in the States for years, since their early childhood but you can tell that English is not their first language. Or may be it's the feeling that I get when I listen to this song. The other songs of them that I used to listen had no lyrics. Now I'm listening to this and I know where these guys are from and I get this feeling. It's a nice song as mentioned and in fact I probably get one of their CD s this weekend but would someone step forward and tell me if they hav e the same feeling or not? And it's not just the accent. It's also the lyrics. The way t
Post a Comment
Read more

The Right To Vote 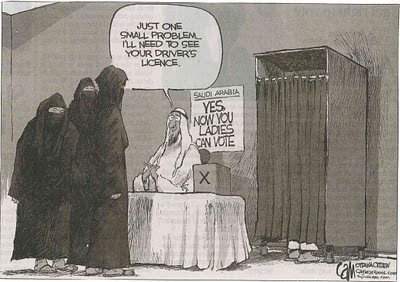 It was in the news last week that the King of Saudi Arabia had decided to give freedom and rights to women. In the country that a family runs everything and even they name it after they family name, this could mean a lot to people. While women in Saudi Arabia do not qualify to apply for a Driver's Licence , now giving them the right to vote in election seems a big step ahead. Ottawa Citizen 's cartoonist depicted the story in this nicely drawn cartoon. (Photo: This cartoon was seen in Calgary Herald but depicted but the Ottawa Citizen Cartoonist which I can not read his/her name!)
Post a Comment
Read more
More posts