Showing posts from March, 2010
Show All 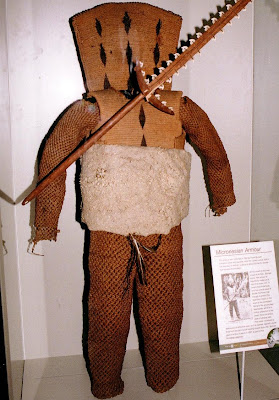 We wanted to visit a museum last week to just try something new and also get some knowledge(!) so we decided to go to Museum of Vancouver first, yesterday but soon realized that is closed on Mon. then picked the Museum of Anthropology at UBC . It was raining dogs and cats when we were on Marine Dr. but couldn't find the damn place for about 45 min.! Eventually got there at about 14:50 hours or something around that. So if you're planning to go there make sure that your there at least 4 hours prior to closure because that's the amount of time you will need to see everything and enjoy, not like 1 hour that stupid Chinese girl at the counter told us. Then you can simply park at the right hand side of Marine Dr. just a few min. walk from the Museum not like us who parked at Rose Garden parking and paid $7 for the parking. You need a good camera as photography is allowed inside and outdoor and flash and tripod would be necessary. The Museum of Anthropology is bas
Post a Comment
Read more

We wanted some sewing done at home as The Lady is very good at it so we went to a local Wal-Mart to get a sewing machine possibly a Singer as its quality and reliability is recognized for years. My Mom still has her Singer . So we got there, got the machine, went back home and after a few hours we decided to open up to have a look and probably play with it a bit. We got surprised! What we found in the box was completely different from what we expected, a different model! So went to Customer Service and explained the issue. Then opened another box before their eyes: Same stupid problem. The box says and shows an Advanced model but the inside model is a Precision. The lady in charge apologized a few times and encouraged us to go back in about 2 weeks. That's was not her fault though. Then we tried the same machine at a different store and we got the same result! Just unbelievable! That kept us from looking more. (Photo: This pictures combined together were taken quickly usin
Post a Comment
Read more

- March 23, 2010
S. T. showed up at work today just to pay a visit, I thought at the beginning but he was looking for work! He apparently has lost his job after he was asked to leave last Sep. I didn't ask him what had happened but I told him several times, when we were working together, to stop horsing around but he always ignored my warning. It was hard to work and also kind of supervise someone who is as old as my father. Now at this age walking around and knocking at everybody's door for a piece of bread shouldn't feel alright. He doesn't seem to care but I would be ashamed. I have to work harder to prevent something like that happening to me soon.
2 comments
Read more 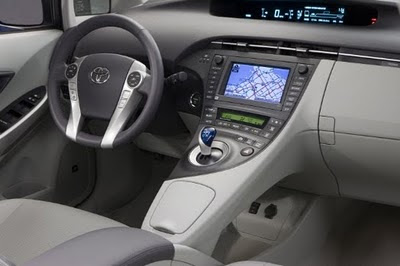 I really am trying to be positive and only see the good side of everything but sometimes there's only the dark side when you turn something around. Now with these recent problems with major auto makers of the world that they have to recall millions of vesicles at time there are assholes who try to use the opportunity and make their miserable lame life a bit easier. I heard this one from the States on the radio who crashed his Prius to the wall and complained to Toyota . The authorities checked the vehicle and found no electronic malfunction or mechanical failure. They found the driver at fault at the scene. The lying beach claimed that she pushed the brake pedal but the vehicle got accelerated and she crashed to the wall! Who's goin ' to buy that stupid story? Do you think you're dealing with grade 2 kids?! (Photo: The inside of the newly designed 2010 Toyota Prius is wonderful and unique. I was goin ' to buy one but not because I anticipated the current problem
2 comments
Read more

- March 22, 2010
Japanese cars have been known for fuel economy and reliability for decades. The recent problems have damaged the reputation. They must work hardly to regain that. But sometimes the destruction is so hard that whatever effort is taken it will be futile. There are examples of the companies who never were able to rebuild the trust and come back. Those examples are not available(!) but let's talk about Toyota and its remodeled and redesigned Corolla 2010 which actually looks very nice. The fact sheet of that model indicates that the vehicle consumes only 7.4 Liters in every 100 KM if it's driven in the city and 5.6 Liters in every 100 KM if it's driven in a highways only. I myself drove the vehicle from Feb.19 to Mar.19 for the distance of almost 390 KM and the car consumed a total of approximately, I can't say for sure, but close to 36 Liters which gives us the amount of at least 9.2 Liters of every 100 KM driven! That 390 KM actually was a combination of city and hi
Post a Comment
Read more 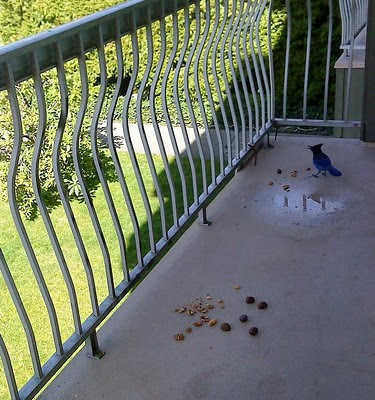 One random reader just asked me why my world was gloomy and dark and I all write about corruption and that sort of stuff. I left a little note for her thanking for giving that piece of advice and promised to be positive. So this post could be a good start! I was at desk yesterday morning like I am now and heard someone or something banging on something outside. It sounded someone was doing something in the balcony. I thought that the neighbour above doing some moving around his balcony and ignored it. But it was heard again: Tag Tag Tag! So I pull the curtain aside and saw a very beautiful bird on the balcony was trying to get nuts in a sandwich bag that had been put there earlier. I slided the door and the bird flew away. Actually there were two of them. I dispersed some of the nuts on the floor, went back inside and watched the beautiful blue birds. I don't know what kind of a bird it could be. (Photo: This snap shot might not be close and clear enough but was taken the mome
3 comments
Read more

It's All About Money

- March 17, 2010
It just happened to see that Haiti had reviled its ambitious $11.5 Billion reconstruction plan. That proves that I missed something in the last post about the country. It's just not about helping Haitians that Canadians and Americans claim. It's all about money they are going to make. Who do you think is going to do all the reconstruction? Who will invest in rebuilding a country which the infrastructure is gone? And who do you think will benefit from that? The answer to the question is Canadian and American companies and then of course the related government after obtaining enough taxes from them! It like just Iraq after the war. Many companies benefited from the war. Of course it was gun and ammunition builders at the first place and then companies like Blackwater and then the oil and gas, construction and other suppliers. Over there they had to sell the War Against Terrorism and that took a while to make Americans ready for it. Here it happened by a massive earthq
2 comments
Read more

Canada: The Paradise for Criminals

- March 14, 2010
I came across the online news yesterday and this title caught my eyes: 3-time B. C. killer was sentenced to life in prison. I was not very surprised as I know the Judicial System of Canada and I've written about how people misuse that a few times (Examples are this and this ) and but still got taken aback. This guy gets a chance of parole after 18 years. So he's 34 now and in 18 years would be 52 . That means there will still be a chance for a new life. This is good. If that's the intent I should say that' very good. It means the System gives the guy another opportunity to rebuilds his life, enters the society and lives productively for another, let's say, at least 20 years. But how about the people who have lost their lives? How about the families who have lost a loved ones and have to live with the loss for the rest of their lives? I'm not saying that I'm not a fan of The Second Chance. I've given a few and have used them but that was not the
2 comments
Read more

- March 09, 2010
The party is over and the assholes who were cheering for nothing and were excited like kindergarten kids who see candy bars and jelly beans, will soon realize that they are goin' deeper and deeper in shit every day in this Brit"Shit" Columbia . Bad news day after day and looks like there's no end to it. Have a quick review: 1- Most of utility fees would be increased soon, including natural gas and electricity. 2- The province will face water shortage in summer. The asshole fuckheads who were so happy that it was a mild winter and were jumping up and down for being dry, should be seen how will deal with this problem. 3- Unemployment rate either remains the same or goes higher. Many posted jobs will be faded without being filled. 4- The new giant tax, HST, will kick in soon. These were just example. One thing to mention though: As long as assholes from every corner of the globe who come to this province for a better life and bring hundreds of thousands of dollars, this
Post a Comment
Read more

- March 09, 2010
I applied for a job with B. C. Government last year and I think it was around it was spring, almost a year ago. The last time I received anything from them was July. Today I decided to see what they say about the next possible training and hiring. The recruiting lady wrote me that there would be no training and new employment for 2010! I was not actually very surprised because in the recent budget of the province more than 3000 public service jobs are seen as eliminated. Most municipalities stop hiring and it's the province is facing a huge deficit. They were saying that everything would go back to normal in 2014 though! So if you say that luck doesn't play a major roll in people's life, I don't believe that anymore! I've lost many opportunities due to lack of experience or knowledge and other reasons but this one is just not my fault. All I have to do is to keep doing the same fucking thing: Applying!
Post a Comment
Read more

Vancouver Winter Olympic Games officially was closed yesterday after Team Canada beat Team USA in Men's Hockey 3-2 in overtime and won Gold and Canada ranked third after Germany and the United States . These recent games that I could watch closely was in many ways not what I was expecting at the beginning. A few of the 26 medals that Canadian athletes won, including a few of Gold ones where given to them based on unfair judgment. They would have never won the medal, if the game had been held somewhere else in Canada . The Canadian competitors never even imagined that they could win a medal before the game. I would like to name them here: 1- The most stupid medal was the Bronze given to Quebec girl, Joannie Rochette . She was way of off the podium but because her Mom had died a week before her performance, they game her a stupid medal. Here I should say: Shame on you fake judges. 2- Charles Hamelin won two Golds in Short Track Speed Skating. With bunch of Koreans and th
Post a Comment
Read more
More posts