Showing posts from February, 2018
Show All

My First Encounter with a Homosexual 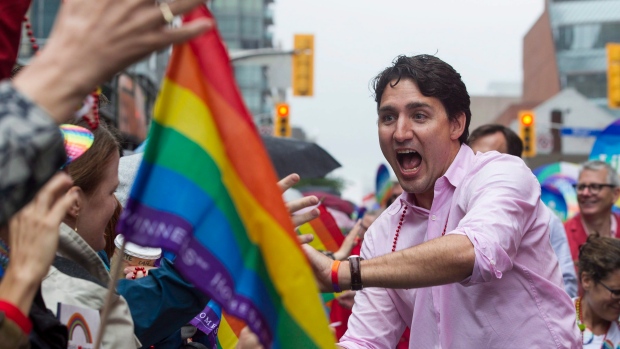 As many already now same-sex marriage became legal in Canada in 2005 . The country was the forth which enacted such law. I do not care about someone's sexual preferences but sometimes I think I might not be comfortable around a guy man as mush as I would be around a heterosexual one, especially because I've not have such feeling or experience in my life. I just don't know how to react. I know I should act normally and treat him the same way that I would treat a heterosexual but at the same time I don't know what's going on in his head! Is he checking me out? Is he interested in me? Would he make a move? What's the deal?! With that in mind, I have encountered with a male fella a few times at work. He's mostly polite and always helpful. He acts weirdly and stupid at times but I always have ignored that. He normally dresses like a well-scrubbed rube! Shoe's not laced! pants almost down on his hip, not shaved most of the time, wrinkled shirt with the
Post a Comment
Read more 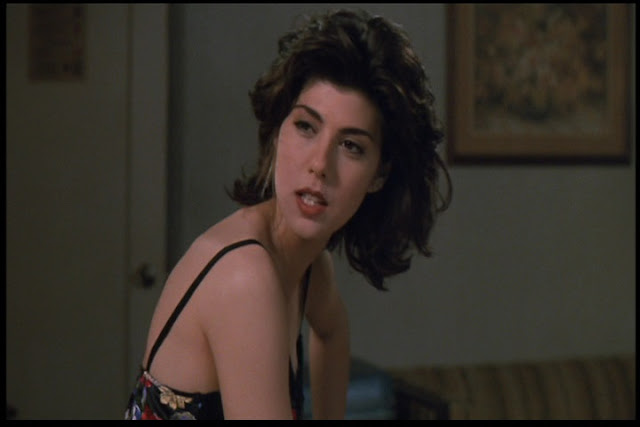 I heard about My Cousin Vinny first in a Seinfeld episode. George is at home, watching TV . His fiancé, Susan , walks in and as soon as she sees him goes: Another Merissa Tomei movie?! And she refers to My Cousin Vinny . " Do you have a thing for Merissa Tomei ? " She asks then! And the conversation follows with George having a fantasy about making out with the actress on the coach! That is a hilarious scene like most of Seinfeld stories. Based on what I knew when I was in Wal-Disgusting-Mart to by a few pieces of fruit, a few weeks ago, because everything else is simply pure disgusting, including most of the staff, the entire store's cleanliness and organizations and unfortunately a number of human-like creatures who shop there as well, and saw the DVD , I didn't mind paying $5 for that. It definitely worth the money. I had seen two comedies with Joe Pesci performing in them, and I guess everybody has seen them, Home Alone and Home Alone 2 , but this
Post a Comment
Read more

A Lovely and Pleasant Encounter

- February 23, 2018
I should probably start posting new stories under Workplace Stories for this new job of mine but perhaps it's good to write about this one which happened today, first. We have a supervisor and then there are a number of us, team members. There's this coloured guy, and I don't use this term to degrade him or anything like that, it's used just because I rather not to give any information about the stories I write here so tracking could be almost impossible(!), who doesn't want to accept the fact that he's part of the team and has to follow whatever the supervisor's order is. They've had issues previously and a few days ago it lead to a sort of nasty exchange of words. In my opinion, and I say that before I tell the story, it's because the supervisor has given the guy more than he deserves, room to maneuver around and I have told him but he sites what the guy has done for the company as the reason why he has been given so much credit. Nevertheless
Post a Comment
Read more

- February 20, 2018
Last Sat. which was a off days for most of us, of course, made the 4th month that I have been working. Our supervisor said that we would be employees soon but hasn't said when. One of the guys said that it would take 4.5 months. Why? I guess because the agency needs to benefit from the person as long as they can. While I'm being much better at what I do on daily basis, compared to the time that I started, I still doubt that they keep me on. At the same time if they wanted to hire someone else and train him again, that would be a hassle. I know everything now and I even provide suggestions although they barely accept it.  But the question is: Is that a job that people could consider until their retirement. From what I see, that is. We have at least 5 employees over the age 55 which I highly doubt they go anywhere but they are in a different department with less or next to zero physical job. I also have heard, both from manager and one of the employees that the company provid
Post a Comment
Read more 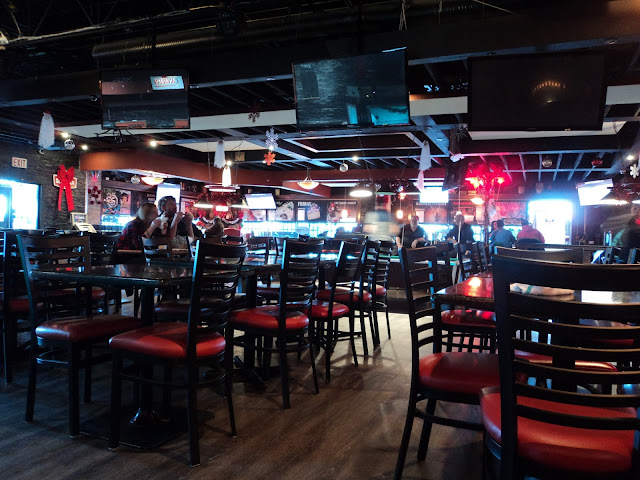 This past weekend we decided to check a bar after probably 10 years or so! Yes! The last time I had been into a bar was probably even more than 10 years ! First of all I'm not a drunkard and even if there was a time I drank it was at a social event or The Chef 's house.  Now that The Chef has been kicked out of his home and there're not any parties of any kind (except for the past Christmas party that I didn't go) I don't drink. So we decided to go to this place called Cowboy Tap House in the northeastern part of the town. What Cowboy ? The customers were mostly old Caucasian fellas, a few Black s, East Indian s of Sikh faith and a number of Afghan s!  The bar is just a regular one that mostly workers after their daily labour go there to play a game of pool, drink a Beer or too and have a chat with waitresses. It was not even busy although most of the tables were occupied but it was not crazy busy in a way that people were in each other's faces or
Post a Comment
Read more 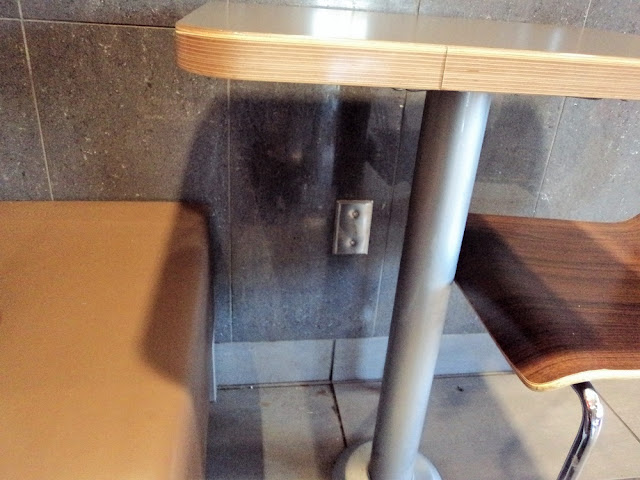 First of all I hope the double S and apostrophe is correct grammatically. Second of all you all probably know that minimum wage went up in a number pf provinces, including Alberta , lately. Wrong decision that I don't know if enough thinking had been behind that or not but it originally led to more than 80,000 job losses in the country!  I've never been a business owner but I've watched every business I've worked for or dealt with closely. There's lots of waste and unnecessary work as a lack of organization, system and competent management. However that is a different subject that I will probably post about it later but I wanted to briefly refer to the reaction of one major international business, or to be specific, a certain location to wage hike and I hope I'm right. Typical McDonald's customer. This guy has either consumed so much narcotics that can not keep himself up or has been up all night looking around and hunting(!) and now where's bet
Post a Comment
Read more 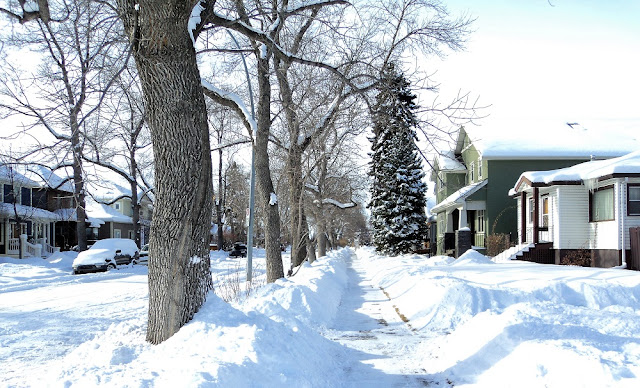 I woke up around 06:00 hours today to go to work and when I pushed the curtain back, I noticed a thick layer of ice on the window. That's my thermometer! I immediately realized that would be a cold day. On the street, where I park my vehicle, I found it very hard, for the first time ever, to scrape ice form the windshield and windows! It was just not working! Fortunately there was no problem with this fantastic car again. One twists and boom! The engine started. I let it idle, unlike every other day that I have had this vehicle, while I tried harder to remove the thin layer of ice from the windows and windshield. I guess I probably spent 10 min. on the car before I could leave. I checked the car's thermometer and it showed -27 ℃ and considering that my vehicle's thermometer always shows 2 degree warmer than what it actually is, I read the temperature as -29 ℃ , the coldest I had ever felt and that was without considering wind-chill of course!  The roads were not bad.
Post a Comment
Read more 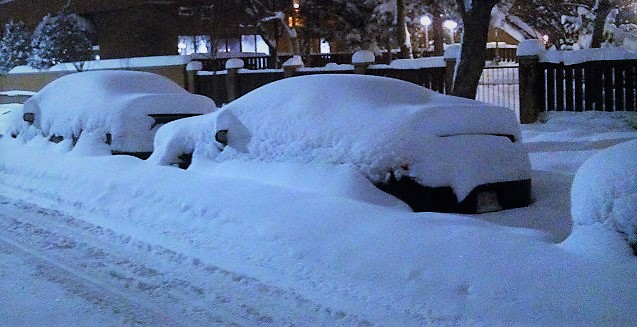 It has been cold since the start of the week. When I say cold, I don't mean -1 ℃ and not even -10℃ . This is not considered cold in Alberta unless you're a whining wimp(!) like many here in Calgary ! It barely went up -12℃ and was mostly bellow -15℃ without considering wind-chill.  I had to be out for a few minutes at work and that is separate from the time I normally have to spend outside in the morning to clean the vehicle before I start and go to work. That is because I don't want to pay $50 to the bastard landlord for the damn parking and I've never regreted that.  I felt really cold when I was outside but it was OK because it was not more than, perhaps, 20 min. and I frequently went back in and came outside. I went for two walks of at least 1 hour on Sun. and Mon. and I was almost OK. It was so beautiful and I wish I could take a few photographs but I needed my good Canon camera and my tripod and bringing them out of the closet and preparing them req
Post a Comment
Read more

What's Wrong with this Photograph? 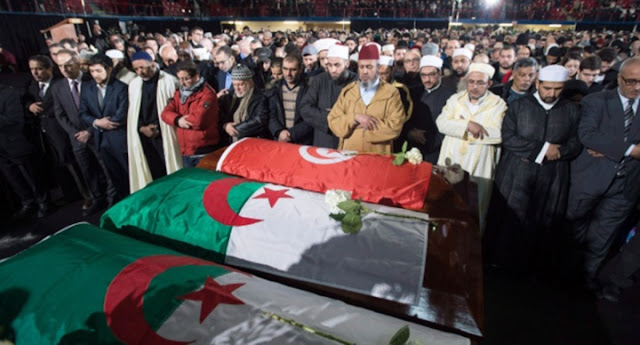 Apparently a day like this last year someone went bananas and attacked a mosque in Quebec City . A number of people were killed. I did not follow that but obviously the Prime Minister and other people on the top of the hierarchal Capitalist society of Canada (!) condemned the terrorist act and sent their condolences to the family of  victims.  There was an article about the incident in McLean's which I still have to read it(!) but this damn labour job of mine makes me so tired that I even doubt that I can finish the course I've taken, on time! But here's my question from the politicians and everyone who is reading this post and looking at the picture: What do you think is wrong with this photograph?  This clearly shows the result of decades of wrong immigration policy of Canada . There's a lot to write about this but in a sentence it shows that the Government have let people in, in the past 5 decades or so that they don't care about the country which gave
Post a Comment
Read more 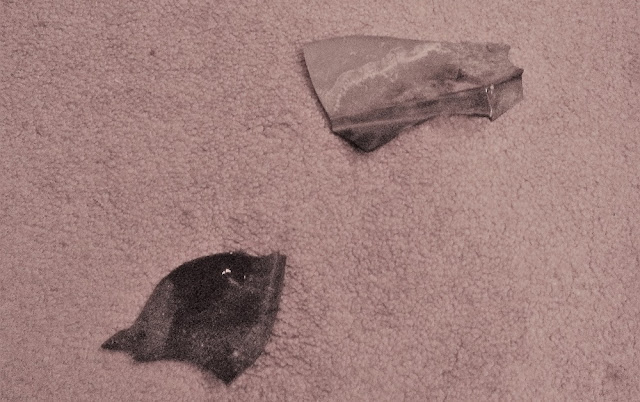 I thought Feb. would be a good but at the same time challenging one because I won't have many days left for the damn course I have taken but I expect to, maybe, I'm saying maybe receive a message regarding my interview or again maybe I get an interview and a better job so I don't have to come home like a dead man as a result of working like a horse. All the above was shattered when I went to a different location of the company I work for to talk to those guys for an upcoming working day there. I'm in the building and a guy is showing me around and then a gentleman, the very same one that I saw a minute ago leaving his office after turning the light off, appears before us and asks me if I drive a Toyota . My answer is yes and he says that he hit me from behind! I couldn't believe the shit! How could you freaking a parked car in bright day light and while it's the first thing you see when you leave the damn building, even before your own damn vehicle!? He
Post a Comment
Read more
More posts